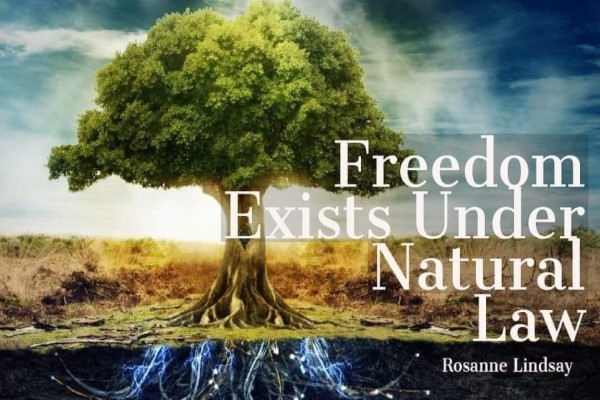 We live in an existence of a social engineered based culture which is steering us to an anti-human, anti-life, death culture. Until humanity has an accurate assessment of where it’s coming from we really can’t take responsibility in taking part in it. But, the ones awakening to this information you have a responsibility.

In this last cycle of the human species the crimes perpetrated against humanity is becoming more apparent every day in the higher planes and within the intergalactic communities. Those who are operating behind the scenes on Earth and think they are above Natural Law are on record.

The whole of humanity needs to understand that repeatedly violating the laws of nature has its consequences and is directly related to this anti-human death culture agenda that we are currently participating in.

Humanity needs to re-educate itself in the aspects of Natural Law, human ethics, human value etc. and we also need to re-organize the current social structure that abides by Natural Law.

The current Global society is founded on the anti-human ideology originated from the Reptilian mind... a mind of selfishness, greed and self gratification that is violating every Law of Nature.

Common sense tells us if we continue to violate the Law of Nature in this 3-D system that acts with no regards to life the only outcome will be ignorance, destruction, death and the genetic deterioration of the human species.

These global Elites are hoarding seeds, genetic material and technology in locked underground vaults at the North Pole and are sending humans to Mars to ensure the survival of the Human race. Does anybody question where all these millions of people disappear to every year?

Is it any wonder that these global Elites are resisting disclosure? Disclosure will put an end to this anti-human death culture they are so viciously protecting. We need to ask ourselves why are these global Elites funneling trillions of dollars to establish colonies of the human species on Mars (which already exists) while destroying the species here and Earth when those resources could be used here to help heal this planet.

Humanity needs to learn by past mistakes and wake up to the domination of this death culture and move forward so we don’t keep feeding it. We need to wake up and realize we have been programmed into submission thru a society of worship of an agenda made up of an off world, non- human syndicate of incredibly angry gods.

Humanity needs to be re-educated to the consequences that’s happening in the world today based upon the lack of ethics in this current destructive existence we live in.

If we cannot recognize the lack of ethics that exists we will not be able to fully dismantle it’s diseased social structure. Like I’ve said a thousand times if you don’t know who your enemy is you are powerless in destroying it. It has grown into a deadly virus to every aspect of earthly life...effectively.

We need to come to the realization of the engineering that violates every Law of Nature for the purpose of alien genetic modification, hybridization and the intended extinction of the Human race.

In this current 3-D timeline and over the last hundred years or so the human race has been socially engineered through technical mind control using violent entertainment and predictive programming via the media promoting this Death culture.

Social engineering is a form of mind control that seeks to manipulate people away from their own right to privacy by the way they access information. They want to control what it means to be knowledgeable and self informed. So this fabricated social structure can control the human mind with misinformation to control their behaviors.

They have programmed and promotes the human species to take no moral responsibility, accountability or ethical consideration that would directly bring us to a more peaceful existence. Instead this Death culture pushed by the main stream media promotes human suffering, pain and trauma therefore spreading the destructive lifestyles that lead to killing, disease and slavery.

If humanity doesn’t realize what this incredibly sinister agenda has done and is doing we will never heal ourselves or the planet. This is what Disclosure is all about! Disclosure and this human Awakening will rock your world and you will never be the same again but it’s necessary... It’s time!

This Death culture is an anti-life society driven by the rejection of all things Spiritual. Anti-life societies refuse to acknowledge the sentient purpose of souls. Their ultimate goal is to pull you further away from Source (God).

If humans can’t perceive sentience in all living things the human mind justifies reckless harm and killings for business, sport and personal pleasure. This anti-life society is founded upon having no value or purpose for life thus having no remorse for sentient beings.

The more emotionally traumatized, weakened and mind controlled people are the easier they are lead into committing murder and carrying out this sinister alien agenda. They have zero empathy for the human body and animals for that matter... they are disposable to them.

This Death culture is used to promote the destructive lifestyles of Archonic deception strategies in order to permanently damage the heart, soul and brain into dissociation. Again, like I’ve said many times this Reptilian Archonic agenda is trying it’s best to terraform Earth to suit it’s life style, not the human species. They could care less!

Disassociative behaviors eliminate all traces of human empathy and eliminate all accountability. This is a major reason that religion was designed promoting the agenda of worship. I’ve seen this in heavily religious people. Meaning, they leave all responsibility and accountability to an outside source. What they are not realizing is that outside source is their very own oppressor. Very Dangerous!

When people are mind controlled to believe that this is the only life there is and that there is no purpose and no higher intelligent consciousness energy that transforms in a higher plane of existence beyond death of the physical body many will remain to exist in that internal black void. It is the goal of these Satanists to purposely generate this dead end thought process in order to keep humanity in never ending consciousness slavery

We have 1103 guests and no members online