Waking Up to the Matrix
A+ A A- 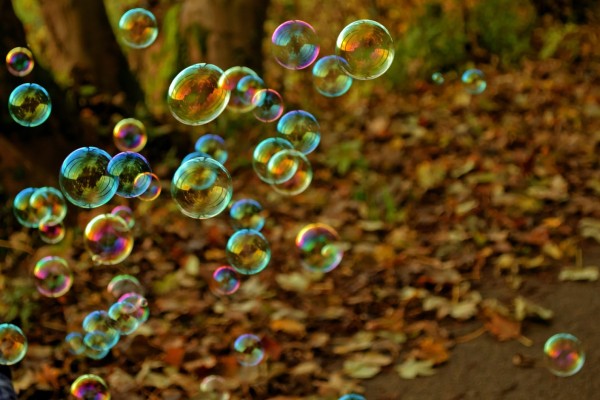 The mainstream media in the US, UK and Australia are intent on convincing everyone that #pizzagate is fake news but the more you look into it the more all the pieces of so many puzzles fall into place. The global truth related to this topic has the potential to rock the foundations of everything we thought we knew, and collapse those institutions we have been programmed to trust. Big light reveals big truths, and where those truths are dark they need light shone on them even more in order to be exposed.

If you choose to look into it, know that you will come across very confronting and disturbing content that needs explanation at the least and ideally a thorough investigation. Yet bizarrely, logical calls for an investigation have been branded by the media as insane, who are falsely reporting that this is a right-wing conspiracy driven by Trump supporters.

Much of the content has been known for years among truth researchers, only this particular data release helps to connect so many dots and is the first time so much circumstantial evidence has been made public. You know what is insane? That every major mainstream media outlet are using the same words 'fake news!' with not one asking questions or doing any research into this, and we are all expected to nod and tut and say oh yes, isn't fake news terrible, and not think it odd that suddenly every major paper in multiple countries is using the same term for this one story.

They are also trying to shut down discussion by labelling people who are questioning this as crazy. Reddit has shut down any talk of it. People's websites are crashing who blog about it. Social media accounts are being closed. The fact it involves children makes this media blanketing of the topic all the worse. On the other side, it is making people dig even more because when have the media ever gone into such over-drive, pretty much telling everyone there is nothing to see here, move along, and shut up unless you want your site down/social media closed and be labelled a nut. It becomes very hard to sleep at night knowing what is potentially going on. And the more you follow the cookie crumbs the more you see how vast and globally connected it all is.

As of today thanks to the alleged "gunman" at Comet Ping Pong, and the co-ordinated 'fake news hurts real people' response from mainstream media, you now have to get past 10 pages of Google before you come across any info relating to the origin of Pizzagate, which were the #Podestaemails and other emails made public thanks to Wikileaks. (Podesta refers to John Podesta, Hillary Clinton's campaign manager and Bill Clinton's former Chief of Staff, and his brother Tony Podesta. However, if you choose to keep digging, this goes way beyond any one or two people. This goes way beyond one political party. This goes way beyond a Washington DC pizza joint called Comet Ping Pong. At this point, while a vital piece of the puzzle, the focus on Comet Ping Pong is being used as a distraction.) Back to the emails. The emails are filled with odd references to pizza and other foods which don't make sense in the context in which they were written. Okay so they are obviously code words, but meaning what? Well, the reason regular people have big questions is, the words used are known pedophile code words, and when you replace the code words with their code meanings, then all of a sudden the emails take on a different context that does make sense. Put these words together with the disturbing photo's and artwork, plus the leaked association with #spiritcooking, and you have yourself a whole lot of WTF is going on here? And there's so much more, but even this is enough to make the brain go into melt-down.

On its own , this isn't proof of anything. It is an investigative framework that creates a theory. This theory so far hasn't been addressed in any way by the media other than to dismiss it as fake and bizarre. Even though pedophile rings are being uncovered in record numbers this year. Even though it is now widely known that people involved include those at the highest levels of politics, celebrity, church and business. But who can we rely on to do the investigating when it comes to the really high big-wigs? For example, the person at the DOJ in charge of investigating the Hillary/Huma emails is one of John Podesta's best friends and in the Clinton circle. That's like putting the Godfather in charge of investigating an alleged Mafia crime! It is innocent until proven guilty, but at the least we are owed a transparent, ethical investigative process especially when it concerns the people who are running our world! So, when regular people see that the investigative process is corrupt at the highest levels, we have no choice but to investigate for ourselves and share findings. Think for yourself. Do your research. Look at some You Tube videos. You'll find more than you wanted to know.

Keep an open mind. There are things that may be true that you really, really, don't want to be true, yet if they are true, we need to know. There are also things that are very well 'disinfo' - fake information in among the true information, used to discredit the whole thing. If something doesn't feel true for you, move on. Find the next thing. We have to be careful of dismissing this whole thing outright just because it doesn't seem believable that this person or that person is involved. Where there is so much smoke, there is a fire for sure, and it's a big one. We also have to expand our awareness of tactics that are used to get people to go along with things. People often ask, but how could SO many people willingly go along with something like this, and not say anything? There are lots of potential explanations. If you knew something and your life or your family's life was threatened, you'd probably keep quiet. Or mind-control can be a factor, and if you think that is too way out there then please look up the CIA MK Ultra mind-control program. Don't discount the lengths that some people would go to, in exchange for ultimate power and control. Don't underestimate the role fear plays in allowing things to happen that shouldn't happen.

Despite what the mainstream media are saying, the citizens investigation into this is not a witchhunt, it is not a ploy to pit one political party against another. The request is simple: please investigate, or please explain. And to the FBI, release your findings. When those logical, common decency requests are ignored or ridiculed, then you can't blame people for thinking the worst.

Where children are involved, any respectable media outlet or investigative body with a shred of integrity should immediately want to get to the bottom of things, to either prove or disprove what is currently a growing amount of circumstantial evidence that something extremely dark is going on with the global elite. Each piece of evidence on its own is odd enough, but when combined together it creates a picture that can't be ignored. And if the mainstream media are so forcefully dismissing it, we have to ask why?

I don't know how anyone with a conscience can dismiss this as easily as the MSM are asking us to. If there is a chance there's truth here, and plenty of survivors and testimonies over the years tell us there is (with Ritual abuse a major part of it), including testimony given over the last couple of years at the highly reputable Australian Royal Commission into Institutional responses to Child Sexual Abuse, then we have an obligation to protect who knows how many children.

It's hard, because to share this stuff means seeing things you wish you never saw, and hearing things that your brain just can't accept as real life possibilities. I've been aware of some of this for a long time as anyone has who has delved into truthseeking, but even so my head wants to explode as new details keep coming to light.

We came here to create a world based on a higher consciousness/awareness of our greater truth and potential, to live our lives with freedom and authentic heart-centred power. That requires a full awakening to ALL the truth, including truth lurking in the shadows. Why? Because otherwise we continue to live in an illusion, innocents continue to get hurt, we continue to be influenced by corrupt people and systems, we continue to fight over left and right branches when the root of the tree is rotten.

"You take the blue pill, the story ends. You wake up in your bed and believe whatever you want to believe. You take the red pill, you stay in Wonderland, and I show you how deep the rabbit hole goes." Morpheus to Neo, The Matrix

2017 may well be the year of the Red Pill for humanity.

All people, and especially all children, have a right to live in a world where they feel safe.

Thank you that my eyes and ears are opened to the truth
Thank you that together we can create a safe world.
Thank you for guiding me in a good way to do the most good for the most amount of people.

+ - Credit Click to collapse
c) Dana Mrkich 2016. Permission is granted to share this article freely on the condition that the author is credited, and the URL www.danamrkich.com is included. Dana Mrkich is an Energy Intuitive, Writer, Speaker, Teacher and Author of A New Chapter. Join her on Facebook or Twitter for regular energy updates. www.danamrkich.com
Source Here
CrystalWind.ca is free to access and use.
Please donate a small gift of $11.11 or $22.22 or $33.33.
Thank you!
ॐ Namasté - Blessings!