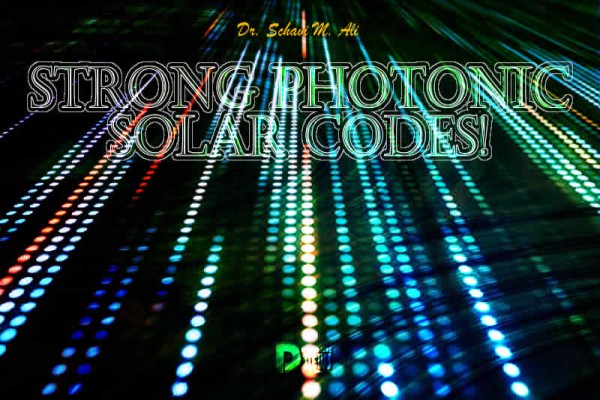 Just as our Sun has moved into the sign of Aquarius in the Tropical Zodiac, a powerful blast of an “M.5” solar flare has occurred at 1:01 AM Eastern Standard Time (EST) on Thursday, January 20th, 2022, with further strong blasts coming from our Sun’s far side.

The Sun is also showing that more “M-Class” flares are possible due to sunspots indicating beta-gamma force for them.

Solar winds, which drive the flares forth, have been traveling for several days in the upper 500s and 600s in kilometers per second.

A coronal mass ejection has also occurred that is supposedly not Earth/Gaia directed; however, all solar events affect our planet because of the enormity of the Sun in relationship to our planet.

Ancient Vedic scriptures teach that our Sun is 108 times the circumference of our planet.

This is one of the reasons why prayer malas have 108 beads with a 109th “Guru” bead at the center.

This center bead represents SOURCE—the “Author” of all creation.

All solar happenings activate our planet in various ways. Solar photons are electromagnetic particles of LIGHT; thus, a solar flare consists of particles of LIGHT, and LIGHT is comprised of the often-stated process of LIGHT AND SOUND TRANSMISSION AND RECEPTION.

We have trillions of cells in our physical vessels, and each one has DNA (deoxyribo nucleic acid), all of which carries genetic information.

Our DNA is continually transmitting or sending information throughout our material system of organs, glands, muscles, tissues, etc. as well as out into the ethereal realm.

Because our spiritual or ethereal “self” is the origination of our being, and thus the “Divine Womb” of our fertilization, gestation, and birth, “IT”, which is SOURCE, transmits informational codes via cosmic frequencies to us for our upgrading.

This is always happening, but it particularly occurs when DNA is filled with chaos and confusion predicated upon human misalignment with SOURCE FREQUENCY—the “CODES”—KNOWLEDGE— of SACRED TRUTH which our HIGHER SELF or SOUL can impart to us if we are attuned to its messages.

So, over various time frames, SOURCE has to clear, cleanse, and correct misinformation recorded in the cells of both our planet and us.

We are transforming as our planet transforms.

It has been said that “Consciousness” is non-local; that is, it is not contained in the brain.

Rather, it is a conceptualization of dimensions—an awareness of higher information, factual knowledge, and wisdom—and there are far more than merely five dimensions, so we are becoming multi-dimensional and are not just moving into a fifth dimensional vibration from a fourth dimensional bridge between the so-called third and fifth dimensions.

Humanity will reach these different dimensions based upon their individual knowledge acquisitions which are according to their spiritual development.

Think of a classroom of students all of whom are studying the same subject.

Perhaps it is literary developments or historical periods or scientific concepts, etc.

Certain students will be ready for advanced information, and some will not.

Each student will work at his or her own pace in order to understand the subject.

Some, unfortunately, who simply cannot seem to process the information may have to drop the course.

​Some who are also having a difficult time may not drop the course, but they will work very hard to receive a passing grade.

In the same manner as this metaphor, there will be some people who will advance to great levels of super-consciousness, some who will decide that spiritual development is just too difficult to deal with and will seem to wander about through many confused notions, and some who will eventually come to a place of great development after an arduous struggle to elevate.

Yet, all the while, LIGHT for DNA upgrading will be offered to each.

However, the reception of the LIGHT will be sometimes interfered with by individual belief systems, many of which will have been “programmed” into the brain.

How is the “programming” done?

It is accomplished through purposeful television programming and commercials, via unhealthy “fast food”, by chemical drugs, with political regulations, with social control, through religious indoctrination, and more.

However, there is a proverb which states: “Man plans, and God plans.”

In the realm of Spiritual Science, SOUND comes from the HIGHER SELF—the SUPER-CONSCIOUSNESS— in communion with us—its intuitive or audio messages, its visions, its “ultimate knowingness” transmitted to us because it is actually SOURCE.

LIGHT is then the knowledge acquired via the communion or attunements to the HIGHER SELF or SOURCE. SOUND is also a vibrational frequency or a movement of energy. LIGHT is energy or life force.

Therefore, LIGHT AND SOUND TRANSMISSION AND RECEPTION is LIFE FORCE FREQUENCY, and its “telegraph office” is our super-consciousness of spiritual electromagnetics which are being offered to our planet in this “Now” through the sending forth of powerful solar flare codes which are initially “written” by the Great Central Sun.

Whether they arrive with head-on force or from far side glancing blows, they are particularly potent at upper “C-Class”, all “M-Class” and certainly at all “X-Class” strengths, and this is when “Light Activation Symptoms” are usually intense: headaches, dizziness, clogged sinuses, heart palpitations, exhaustion, sleeping less (if at all), strangely vivid dreams, painful muscles and joints, anxiety, and more.

This is the labor of unveiling of our true selves, the removal of outworn cellular records, the upgrading to crystalline super-consciousness from carbon consciousness.

The “lighting-up” of our DNA!

The symptoms gradually become less and less as we level-up more and more because we are acclimating to our new “selves”.

This is due to going up and down in the spiral-like transformational process, but leveling-up is steadily being achieved by many.

Cosmic events do indeed also have an actual sound.

It can sometimes be heard through certain types of technological equipment as static-like impulses.

Sometimes they have interferences on earthly technology such as when satellites are sent up for scientific developmental purposes—not all of which are advantageous such as the concern over “5G” radiation.

In this regard, tape a small piece of Shungite (black with a shiny cast) or Amazonite (a bluish green stone) to your cell phone and place a piece beside your home and office computer, telephone, and other technology.

They have been scientifically researched to be protective against EMFs (harmful electromagnetic frequencies).

Wear them as pendants, bracelets, or even as prayer malas.

Each of these gemstones also have the following health benefits: soothing to the nervous system, strengthening of immune system, balancing of the chakras, cleansing of water (tiny chips can literally be placed in water overnight and the water ingested the next day—be sure to strain out the Shungite particles), gives vitality, balances hormones, insures better nightly sleep, and alleviates aches and pains.

Shungite is from the village of Shunga in the town of Karelia in Russia.

It is used in health spas there and now also in other wellness centers around the world.

The best Amazonite is derived from the South American region of the Amazon and is named after an ancient strong civilization of women.

Further, some cosmic sounds are the different realms or dimensions that are becoming easier to hear as galaxies receive more LIGHT.

Ringing in the ears is often a sign of this.

As has been pointed out previously, it takes approximately three days for the vibrations of flares to arrive onto Earth/Gaia and into us, and then it takes about three days to acclimate to them.

However, most people are now activated upon their arrival, during their heightened energetics as well as during the “afterglow” of their activations.

Many people feel the cosmic energetics before they are reported as having even been detected in scientific institutes and laboratories.

We are the “Spiritual Technology”, and the traditional scientific arenas are now becoming only the confirmations of what we receive ahead of their equipment.

LIGHT AND SOUND will continue, and it will steadily advance in its “messaging”.

The more that we focus on our spiritual development, the easier that we will “understand” the “subject matter” of the COSMIC UNIVERSITY and its texts which are the COSMIC HOLY BOOKS.

Let us study well and listen to the “lectures” of SOURCE FREQUENCY.

This year and beyond will be filled with greater cosmic events as a “New Earth”—a regenerated planet— and a brighter LIGHT-filled galaxy is formulated.

We are also being offered the opportunity of becoming new, regenerated, and filled with brighter LIGHT.

It is up to us, our free will, to remain in the “class”, to not “drop the course”, to eventually receive our “Multi-Dimensional Degrees”.