Healing our Heart
A+ A A-

The Ancient Astronauts who Rebelled Against the Anunnaki: The IGIGI 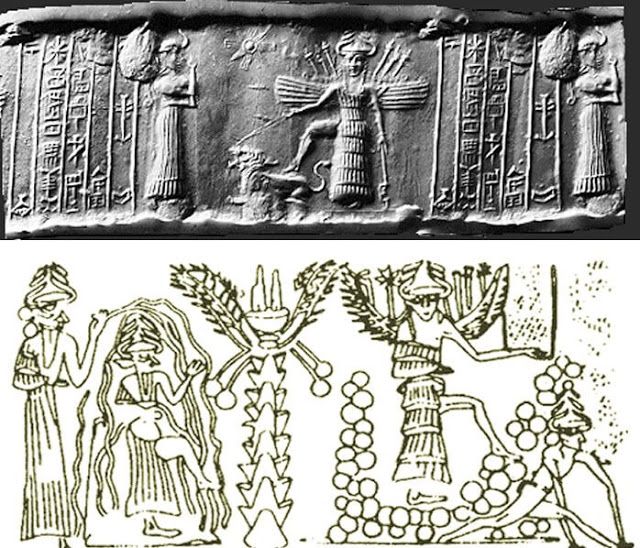 It is said that the Igigi — they who turn and see — were the Ancient Astronaut Gods of the younger generation, the servants to the mighty Anunnaki who came to Earth to mine gold.

The terminology used to describe the gods is extremely complicated and still needs much study.- Researchers believe the term Igigi is of Semitic origin and indicates the group of gods in the Mesopotamian pantheon.

Unfortunately, it is still unclear which ancient gods belonged to the Igigi. Mainstream scholars use the term Igigi to make reference to the Sumerian mythological deities.

According to mainstream scholars, mythologically speaking, the Igigi were the younger servants of the Anunnaki who initiated a rebellion against their masters and dictatorship of Enlil.

Eventually, the Anunnaki replaced the Igigi with human slaves.

In the myth of Atrahasis – the Babylonian story of the Flood and a precursor to the flood story in the Gilgameš Ep – the Sumerian paradise is described as a garden where lower gods (the Igigi) were put to work digging a watercourse by their masters, the Anunnaki:

“When the gods like men bore the work and suffered the toil, the toil of the gods was great, the work was heavy; the distress was much.” (Source)

“The Seven great Anunnaki were making the Igigi suffer the work.” (lines 5-6)  (Source)

“When the gods, man-like, Bore the labor, carried the load, The gods’ load was great, The toil grievous, the trouble excessive. The great Anunnaki, the Seven, Were making the Igigi undertake the toil.”

Ancient Astronaut hypothesis suggests that the Igigi were similar to the Anunnaki, remaining in constant orbit around our planet. They were basically considered as intermediaries between our planet and Nibiru – home of the Anunnaki.

Many believe that the Igigi remained in constant orbit around our planet in giant platforms which processed ores which were delivered from Earth. After processing the minerals, the material was transferred to other ships and eventually transported to the home planet of the Anunnaki.

The Igigi were apparently ever encountered by mankind. It is said that several texts make reference to them, saying the Igigi  were “too high up for Mankind,” and consequently “ were not concerned with the people.”

After years of tenuous and hard work for the Anunnaki, the Igigi rebelled against their masters. It is sad that they ‘set fire to their tools and surrounded Enlil’s great house by night’ forcing the ancient Anunnaki to find another source of labor.

This is why the ancient Anunnaki replaced the Igigi after genetically engineering ancient humans creating a greater workforce.

Many authors suggest that the human ‘slave race’ was created after the ancient Anunnaki genetically modified their genes and that of early humans nearly 500,000 years ago.

Ushering in a New Era for Humanity ∞The 9D Arcturian Council

The Highway to Heaven

See the Real
Become a Patron!

We have 1229 guests and no members online