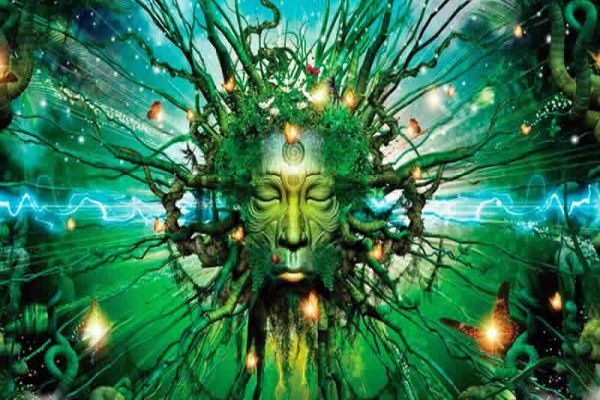 By January 5, 2022, many ground teams of Lightwarriors and Lightworkers disclosed a lot of new info on what happened during and after the mass meditation on December 21, 2021.

Here is a summary of the LFs’ new details, assessments, and messages as they are without comments.

“You guys, who recited mantras on December 21st! What have you done?! Who are you listening to? The lords of light? Higher, like, light forces? Why did you do that? Did you even realize what you did? By your mantras, you have opened a Portal to the Dark Lower worlds. Do you want to join them there? So go, but close the door behind you more tightly.

Today, December 23, 2021, the Portal is not closed yet. It is held manually by those who call themselves Light, and who don’t understand what’s what. It was they who, on the days of the Winter Solstice, with their mantras and lighted candles, flanged open the exit from the lower Dark spaces.

Monstrous creatures flew out of there, dazed, like a slug. They attacked Lightwarriors and Lightworkers, who pulled out of the Dark Space the Souls of men ready for the Transition.

The attacks were on a Subtle Plane, but so fierce that they hit the physical bodies of those who evacuated from the Darkness the awakened, which couldn’t escape from captivity.

Many Lightwarriors and Lightworkers experienced very severe suffocation, and on the Subtle Plane, they saw large reptiles with clawed paws strangling them by the neck. Others were attacked in their sleep, and when they woke up, they saw deep gashes on their hands and had severe pain in these places.

Now we continue to pull the immured in the Darkness to the Light. There are a lot of people who want to go out, and this work continues day and night.

Some Lightwarriors bring out Souls, others block the Portal, flooding this black hole with their Light, thirds drag these reptiles into a vacuum cleaning facility with a furnace, fourths hold the channel to pull everyone out.

And those who have chanted mantras sit in this Darkness and think that they are in a Light space. This is a false light.

Join in, and roll up your sleeves and clean up your mess. Of course, you have the “best intentions”, everything is clear, you wanted to help. But it turned out as always.

So, wake up soon, ask for help, you will be heard and helped on the True Light side of the gate.

Now is the last chance for those who have not yet understood or have not woken up and continue to call for help from creatures of the Dark egregores.

Do you realize that you will stay there, in the Dark, with these zoned out, spaced out?

And, please, stop this dancing with tambourines and candles if you want to go to 4D.

We see that collective meditations are going to be held on December 25. Don’t do this!”

“Habits, manners, and psychology of Darkis and abusers are the same. To-wit:

On many sites, haters like to decide for the contributors what to write about in their blogs and talk about who the authors in reality are.

Such trolls and bots do not suspect that they have a fat larva sitting on their head, breaking the connection of their consciousness with the Soul, sucking out their potential.

Many of them could create a blog for several thousand subscribers themselves.

But their inspiration was devoured by the larva.

Many people who are obsessed with the Darkis behave like abusers. Their Soul is cornered and has no connection with consciousness anymore. Often, it’s the choice of the Soul itself: to learn the psychology of the Darks. And some consciously change the polarity of their Soul, and they become Dark.

Those who have relationships with such people have also chosen such an experience – to know the psychology of the victim and have under the belt the tie-in with the Dark or possessed.

But, it’s free will and freedom of choice. Continue to live in the skin of the victim or the possessed.

Everyone can change their reality.

Dark Forces cut off the connection of consciousness with the Soul to many incarnates who are forced to play others’ games without knowing the rules.

Not knowing that they are the creators of their life and can choose another path at any time. They can stop feeding parasites that have been sitting inside or outside of them for years and devour 90% of the potential that is embedded in each person.

Anyone possessed can say, “That’s enough! I’ve played enough! Away! This is my Will.” Any victim can declare, “Enough is enough! I choose freedom, happiness and build my reality the way I want.”

“From now on, only Co-Creators and the Higher Light Hierarchs will establish Laws in the Local Universe and on Earth, as their rightful Masters.

For example, during meditations, people consciously or unconsciously called higher powers to Earth for help, often not understanding who exactly they were calling, thinking that the higher powers were the light ones. Now it won’t work. Now the Masters of the Universe will decide whether to call for help or not.

There is no place for the Darkis and their systems on Earth anymore. This is the decision of the new Masters of the Universe. Those who serve the Darks will also be deported from the planet with them.

All Dark egregores’ activity is terminating. It will be, of course, a long process, but these “corporations” will be removed from Earth along with their ardent adherents, and with the full destruction of the 3D Matrix and all its mechanisms.

It is not we who live in 3D Matrix – it’s the Matrix that lives in us. Still lives. And getting out of it means, first of all, the scrappage of all its systems and mechanisms. And it brings freedom to people and the free realization of all their potential and living in full harmony with their Soul.

Do not think that the Dark egregores will detach themselves from everybody. They will want to drag their flock out of the planet with them. Therefore, those who have not to break from the Dark egregores and continue to protect them or nourish them with life energy can leave with them.

This is a matter of choice, compliance with the law of free will of the people, and the Masters of the Universe. Many men will lose their blinders from their eyes, and an understanding will come of what this or that egregore is.

The inhabitants of the Universe incarnate on Earth to receive a new, unique experience, in harmony with their Souls.

That is why it is so important now to restore the connection of consciousness with the Soul, discarding all unnecessary husks in the form of false programs, installations, illusions, plug-ins, and egregores.

Darkis will be forced to reveal the whole truth about their actions in the past and present and will be deported from the Universe along with those who wish to go with them.

Masters will lower the boom on those who consciously or unconsciously worshipped Archons, made sacrifices, lured others into Satanic cults and networks, performed black rites and other actions for the glory of their Dark Patrons.

All parasites manipulating people’s consciousness will also be deported or disposed of in the Universe. And those who wanted to remain under the rule of these parasites for life will also be removed along with them.

It does not mean that everyone may sit and wait for the parasites to detach themselves. You need to get rid of them regularly and control your thoughts, feelings, and actions so as not to succumb to their manipulation.

Before you save your loved ones, save yourself. Wake up. Disconnect their ties from you first. By yourselves. Without the help of Higher Light Powers and their assistants. Learn to track your emotions and be aware of how and when connections impose something.

The new Masters of the Universe are Souls of high rank. They are more categorical and strict in matters of asserting the power of the Light Forces and do not tolerate what the Dark is have done here. Masters are not to be trifled with. Whoever does not comply with the new rules will go away with the Darks. The main thing is the choice and the realization that we are all free Souls.”