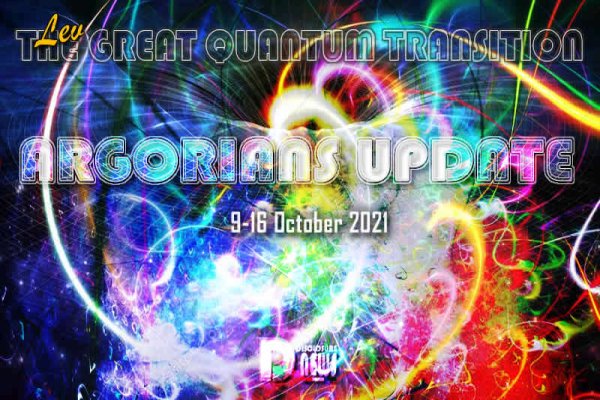 Earth’s space odyssey continues. Below is a summary of minutes from 25D Argorians’ space fleet for October 9-16, 2021:

“Attention, this is the flagship squadron. The commander of one of her ships is staying connected.

We have entered the space of high-speed flows of quantum radiation. The suction effect and turbulence increases. Keep an eye on your health!

The singularity accelerates and affects all mechanisms, increasing the activation of a complex interweaving of quantum radiation channels.

This mechanism works chaotically, causing sharp fluctuations in space. The impact on its matter occurs in stages, according to the program laid down in it.

Siriusians’ Lunar base at 23D monitors the operation of the equipment. The cosmic load increases on all nodes of the planetary grid that bends under pressure, like a trampoline.

New channels of plasma circulation are opening up in Earth’s crust. Through them, the planet intensively discharges spent energy.

The pressure in the near-Earth sphere drops, as in a deflated ball. The energy of space becomes softer, more liquid, and fluid.

Its ejected flows move to higher levels on the Subtle Plane and form energy patterns. Previously chaotically rotating particles line up in the fractal elements of the five-dimensional world.

The transformation of the intra-planetary Crystal, as well as the crystals in each fractal of matter, continues.

Powerful emissions of core radiation flash through all layers of the planet and accumulated on the protective shield of the magnetic fields.

Emissions of prominences can be at any time and have an impact on electronic devices, the psyche of people, and animals. Take this into consideration.

The structures of the three-dimensional level are stratified and morphed for the 4-dimension.

The modules of the space squadron accelerate this process by increasing the strength of incoming cosmic radiation on the intra-planetary Crystal.

The state of the Moon’s quantum repeater is normal. It works at its maximum capacity, filling all terrestrial and near-Earth space with new energies.

The quantum foundations have been changed. The Mediterranean energy block regulating plasma flows has been activated.

Volcanoes of Alaska, Kamchatka, Japan are waking up.

Yellowstone activity is increasing, as well as tectonics in the World Ocean,

in particular in the area of the Aleutian Islands. These are processes of more than one day, but we warn you.

The subtle structures of the Nature worlds are being disconnected.

Stratification in the social structure of human civilization is increasing.

Since the beginning of October, there has been a sharp fluctuation not only in space, but also in events.

They do not develop consistently, most often chaotically, in violation of any logic.

This is how variants of different plans and possibilities are tested. There is an acceleration and consolidation of event timelines.

On the Subtle Plane, the entire network of events, spatial nodes, and lines is crumpled. Everything is hovering in quantum entanglement.

Society is thrashing about in agony, seesawing from one global event to another, from previous emergency plans to new ones.

Realizing that it is at a crossroads, humanity is increasingly stratified, trying, not very consciously, to adapt to the changes taking place.”