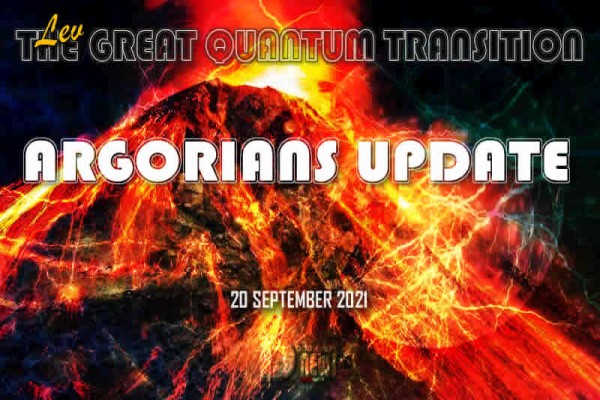 Passing through the space of powerful wave pulses, the Earth-Moon system receives increased loads of quantum fluxes on the field of red energy ERMA.

This protective field surrounds the planet for the duration of its transportation. It is enlarged due to the change of space around Earth.

The first structure is formed by the orange energy ERCADO which creates an impulse of power motor contractions.

The atmosphere of a planet is strained. Numerous floods in almost all regions, speak about the displacement of water planes on the globe.

Radiations of Earth’s inner layers are intensified, volcanoes are activated, and number of earthquakes increases.

Vibrations of magnetic shielding are great that affect the state of the atmosphere. Its composition has changed greatly, and the amount of ozone has decreased. Terms of plant growth and fruit ripening have changed.

Humanity’s vibrations are still low-frequency. It creates problems for their correction by external impacts. Moon’s repeater reflectors have to work at full load.

Along with the new energies saturating Earth, the spent components are simultaneously being burned off.

Earth no longer accepts human thought forms. All negativity, passing through the filter, is incinerated.

The activity of the Kailas complex, which cleanses the planet of negativity, also works with an increased burden.

Increased the load on the Quasitron, formed by Bermuda Triangle and Devil’s Sea, and the planet’s spheroidal point in the Mediterranean, through which the energy and plasma flows are distributed until the full stabilization of the 4D.

The reflectors of the Argorians’ flagship traueleventator, which is towing Earth into vibrational orbit 5D, are operating at full capacity.

The squadron is preparing to enter the network system of the sixth cascade of the quantum corridor filter between dimensions.

Earth will feel a slight shaking. Nuclear power plants and all sorts of collider and energy facilities, as well as some laboratories, could come into an emergency state.

Particularly strong negative energy will be felt in high-rise buildings – skyscrapers, caused by their architecture.

Radiations of five-dimensional space prepare the power reversal for the transition to a new 5D space. This reversal forms new fractals of connected force platforms.

Transmission of new energy and folding of 3D Time proceed unevenly. Under the supervision of a friendly plasmoid civilization, a new clot is formed from the Universe’s plasma to develop 5D fractals.

Quantum changes at the nucleation of new fractals are already tangible, and people perceive these new energies individually. The speed of consciousness change is accelerating.

It is important to pay more attention to the supposedly small things. These are the ones that are of particular significance right now.

The world is changing much faster than Earth scientists could have guessed.

All wars and hostilities must cease. Special groups from the Argorians’ squadron guard ship have been sent to Earth to contain them. They will help extinguish psycho-neurological stresses and inhibit military actions.

People should take an active part in these efforts for their good. Global purification of the planet largely depends on the speed of passing through the cascades in the quantum corridor-filter, and on the strength of resistance to low-frequency vibrations.

The higher is the spiritual plan of a person, the less is his mercantile demands. People of the planet Earth, the Curators of the Greater Cosmos are with you. Do not give in to panic and despondency. Do Good!

The year 2022 will be a centering year. It is the beginning of a new life on the planet. But for it to start, the earthlings need to free themselves of all superfluous, old and unnecessary.

Get rid of lies and laziness, of malice and greed, of violence, hate, and aggression. By going through the cascading stages of purification and ascension, the planet will become different.