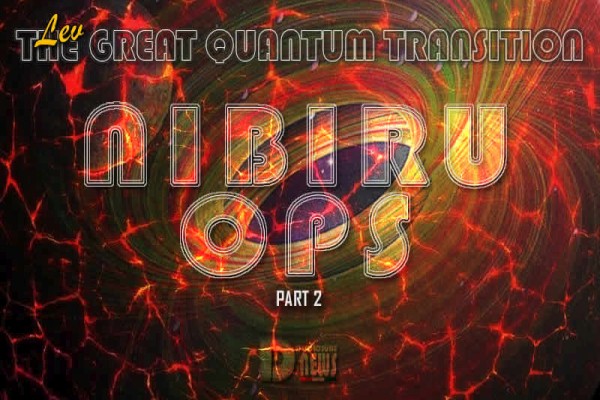 Realizing that they have less and less time and opportunity to get out of the inter-dimensional captivity, Nibiruans have undertaken a number of daring sorties and breakthroughs of karmic quarantine.

One of their main targets was the members of the Light Forces’ ground team, whom Co-Creators and Higher Light Hierarchs had assigned to cover the operation on Earth.

Attacks on Lightwarriors were conducted through the Earth’s infrastructure of the Annunaks, as well as through emissaries whose group was constantly in incarnation.

Lightwarriors began an invisible war with Annunaks and several other species of reptiloids. During the attacks, the latter managed to install a chip in the group leader to control his mind.

Implanted into the parietal region of the head, the biological microchip on the Subtle Plane began to rapidly fuse with the brain, trying to control and subdue its work.

The team leader felt the presence of a foreign object in his nape, squeezing the back of his head. It was accompanied by gratuitous attacks of aggression, hatred, suicidal thoughts, etc.

After an urgent analysis of the situation, the Higher Light Hierarchs recommended that the chip be removed urgently, as it was quickly merging with the group leader’s cerebral tissue.

His second performed the implant extraction on the Subtle Plane. Thanks to him, the removal was a success. All the alien zombifying thoughts went away at once, only Lightwarrior’s head ached for a few more days afterward.

A new blow of Annunaks was the encapsulation of Nibiru Logos aspects covertly embedded in Earth. These additional, previously unknown parts of the Nibiruan infrastructure had previously not manifested themselves in any way, and no one knew about them. Higher Light Hierarchs and the friendly space races controlled only the known elements.

The encapsulation of all Nibiru Logos aspects occurred simultaneously, whereupon they were thrust deep into the Earth’s Logos. Thus an attempt was made to capture and subdue it, and then reprogram it. Annunaks’ final plan was not to control but to destroy Gaia’s Logos.

Immediately Co-Creators and Higher Light Hierarchs began an operation to save the Earth, for the situation was critical.

Aspects of Nibiru’s Logos had to be ripped out of the Earth’s Logos, although they had already begun to inject their poison into it. This poison was used many times for the destruction of other planetary Logos. For our poor Gaia, it was a most difficult, almost fatal, ordeal.

Lightwarriors were also actively involved in the operation. They saw Higher Hierarchs injecting in selves the Nibiru’s aspects ripped out of Earth and annihilating them along with the poison.

The ground team members did the same. Fortunately, they already had experience with such poisons. By joint efforts, all aspects were extracted and destroyed. Earth still had a long time to recover from such a blow, but most importantly, it was saved.

Events did not end there. A few days later, Lightwarriors were attacked by an entity they dubbed the Mongoloid Lizard.

The Lizard was created by Nibiruans to protect the reserve DNA and the Incarnation Matrix of the repto-humanoids. Both were stored in a mountainous region of Asia.

For twenty-four hours there was a life-or-death struggle. The Lizard injected Lightwarriors with its venom on the Subtle Plane, causing hours of violent vomiting.

The reptile had been a real pain to the members of the group during the terrible twenty-four hours. It attacked relentlessly, frantically, and it was felt that it would not stop. Lightwarriors could only resist.

On the evening of the second day, the outcome of the fight was decided by the group leader’s counterattack. He managed to capture the Mongoloid Lizard into his Monad and then launched an inner Monadic blast that destroyed the reptile.

A week later, Nibiruans conducted another karmic quarantine breach and once again attacked Earth and the ground crew members.

Nibiruans even could chop off part of the team leader’s Radiant Body and took it with them.

The group instantly decided to use the seized aspects to access where they had been taken.

The next day Lightwarriors detonated the stolen loot with the inner Monadic explosion and did so directly in the Nibiru field, causing considerable destruction to Annunaks.

Five days later, Abozis, having breached the karmic quarantine, emerged from the field of Nibiru and attacked the Monad of the group leader’s second. Through him, Abozis attempted to break into Pleroma to capture one of its higher entities – the Differentiated Absolute.

It meant that Nibiruans had gone for broke and would stop at nothing. Abozis was stopped on the way to Pleroma. Lightwarrior’s leader using his Monad prevented him from going further by resorting to an inner Monadic explosion.

He did everything very quickly, and Abozis did not have time to use his Monad as a ram to break into Pleroma. But also was not destroyed and had time to return to the field of Nibiru.

For Lightwarrior and his physical body, it all came as a great shock and a lot of pain, especially heartache.

The situation with Nibiru had reached a critical point, and it was impossible to tolerate the lawlessness of Annunaks further. Higher Light Hierarchs decided to eliminate the Monad and Logos of Nibiru and put Abozis under karmic arrest.

However, when this decision was being made, Annunaks and Abozis made a new breakthrough from Nibiru.

Events unfolded so quickly that it took several days for the Lightwarriors to fully comprehend them. Moments before the breakthrough, the group leader attacked the Monad of Nibiru and ripped the core out of it which he placed inside his Monad.

His Higher Self in this situation went to the maximum program which almost cost him his life. Not only that, he went to the self-sacrificing step of taking the core of Nibiru’s Monad into himself.

He could have destroyed the core inside with an inner Monadic explosion, but in doing so the aspects of the Pleroma’s Hierarchs, 5D Earth, and Gaia within it would have been destroyed as well.

Instead, it went to the painful process of crystallizing out and rescuing those aspects. And to do that, it had to jell within himself all the aspects that made up the core of the Nibiru’s Monad, including the aspects of the Supreme Black Hierarchs’ Monad.

At the moment of the capture of the core of the Nibiru’s Monad Lightwarrior’s face changed dramatically, even his eyes became different. And then tears flowed profusely from his eyes. He began to show preinfarction symptoms…

This went on for two days while the aspects were crystallizing and purifying from the demonic impurities. Everyone who could, try to help.

By the evening of the second day, everything was finished. The core of the Nibiru’s Monad was split, aspects of Darkis were annihilated, and aspects of Gaia and the Pleropma’s Hierarchs were cleaned and returned to them.

Simultaneously with the splitting of the Nibiru’s Monad, the Higher Light Hierarchs began the cleavage of Nibiru’s Logos.

Its core was captured and disintegrated by the Solar Logos, and Nibiru’s Logos body was blot out by a group of Co-Creators and Ascended Masters. The leader of the ground team was also involved.

After that, Nibiru became history. Previously, Lightwarriors smiled at messages on the Internet that Nibiru was allegedly already visible, and at its photo. None of this exists, has never happened, and will ever be.

Much of the information given by Nibiruans, led by their earthly leader Marduk, to Sumerians was true. For example, that there were three waves of their expansions to Earth, about gold mining, that Nibiruans lived for several hundred thousand years, etc.

On the Internet, it is possible to meet a photo of skulls that ostensibly belong to Nibiruans-Annunnaks.

Externally they very accurately correspond to their true skulls. However, none of them is real, as in the case of the Maya crystal skulls. They are all fakes, although made super-professionally.

The fact is that Nibiruans did not leave a single biological trace of their presence on Earth. Even if they happen to die on Earth, their congeners take the bodies of the dead with them, consciously not leaving a single fragment of their DNA on our planet. Although they actively mated with Earthly females.

The result of this mating was the birth of Nibiruan-Earth hybrids. It was long ago, at the time of the first Nibiruan landing on Earth. These hybrids gave birth to the entire Mongoloid race and its sub-races. This is an indisputable fact…

Abozis was taken over by the Karma Lords, convicted, and for his crimes against the Universe destroyed.

Annunaks – his creations – have been put under karmic arrest and placed in a special quarantine eon from which they will no longer escape this time.

None of them will be destroyed, all of them will be kept alive, and after Quantum Transition they will be given a chance to undergo spiritual rethinking and to take the path of evolution.

In a “correctional” eon were placed other Reptoids and repto-humanoids who will be given the same chance.

We have 1502 guests and no members online