The Hidden Can No Longer Be Kept Hidden - Messages From Montague 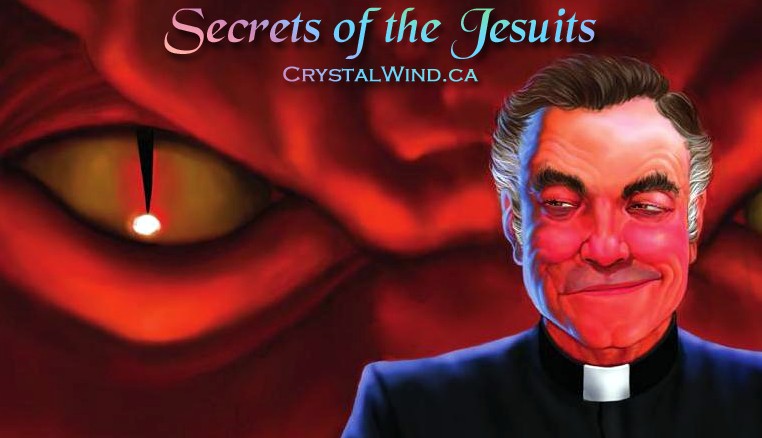 I have been extremely ill for the past few weeks. It is an attack on me, as there is no medical explanation for what is happening. I am told by many sources that it is coming from the Jesuits. I got Monty's message on the 10 December but I was reluctant to release it. Yesterday, however, Monty directed me to do so.

I was shocked and upset. It even states how Queen Victoria enabled the Jesuits to carry out the SECOND IRISH MASSACRE (1845-1850). This opened my eyes to so much more. I have to release Monty's message. Please pray for me.

The hidden can no longer be kept hidden from you. I know that the exposure of the truth will cause confusion and distress to many people. The truth must be faced so that humanity can move forward into the light. I am aware that it will be hard for many of you to accept the fact that the Annunaki still rule and control humanity. You only have to read the Jesuit Oath of Office to see clearly how they have controlled humanity.

"You have been taught to insidiously plant the seeds of jealousy and hatred between communities, provinces, states that were at peace, and incite them to deeds of blood, involving them in war with each other, and to create revolutions and civil wars in countries that were independent and prosperous, cultivating the arts and the sciences and enjoying the blessings of peace. To take sides with the combatants and to act secretly with your brother Jesuit, who might be engaged on the other side, but openly opposed to that with which you might be connected, only that the Church might be the gainer in the end, in the conditions fixed in the treaties for peace and that the end justifies the means."

All wars were instigated by them. Read their history, the Inquisition, the crusades; it’s all there for those of you who want your world to emerge from the darkness in which you merely exist. Everything the Vatican/Jesuit stands for is based on lies: absolutely everything. They have protected their lies, enforced their lies, while they practiced paedophilia without a hint of suspicion falling upon them. My dear wife was invited to drink blood at the Vatican if she gave up working with me.

There are those on the Earth whose mission in life is to rescue humanity. Veronica is being attacked by the Vatican. You would be amazed if you had any idea about the weapons that they use against anyone who dares to question their plans. The Pope has now admitted that the Jesus they preach about NEVER EXISTED. I have been telling you this since I died 13 years ago. This lie was invented at the Council of Nicea and has been used to control the masses ever since.

It is of the greatest importance that you do the REVOCATIONS to take back your power from the Vatican. Without your consent, they lose their power. All those at the Vatican live in luxury, on money demanded from the poor of the world.

The Vatican controls world banking. How many of you understand that fact? They thrive on poverty, as the energy of your suffering sustains them. The Jesuits organised and implemented the HOLOCAUST in IRELAND, from 1845-1852. They ensured that ships loaded with crops produced by Irish farmers were sent to England. Jesuits who were in Ireland at that time, enforcing the Holocaust, came forward after their deaths to ask forgiveness of the people of Ireland for their great crime against them. Sadly, to this day, the Jesuits continue to operate their evil control on the Irish. They ensure that through FLUORIDE in the water supply and mind control in the schools, they keep control. Should the Irish ever wake up to who they are, the Vatican's plan to destroy humanity would stop instantly.

As you approach Christmas, you are encouraged to celebrate something that never happened. Your world bought into this Jesuit/Zionist lie. You never questioned it. Do your research. Read the work of Michael Tsarion. Ireland was the Holy Land until the Council of Nicea, when the Roman Church changed the names of places in the east (what is now known as Palestine) to fit its story. Rome then had to destroy Ireland, to fit the new story. At the time, the Irish were known as the Wise Ones, who educated many parts of the world. Ancient Irish holy men were known as HEBREWS. You will find evidence in Egypt to confirm this. You can travel to most parts of the world through the underground passages under the Hill of Tara. You can take a tunnel to what is now called Iraq.

All this information was hidden from you. This is your time to wake up and refuse to accept the lies of the past 2000 years. The energy is lifting, so more and more of you will see and understand what was done to humanity. This month of December will reveal more that will be hard for many of you to digest. You bought into a lie that was forced on you. When you release yourselves from the bondage of this lie, you will know freedom. You will take back your divine right to experience life on Earth without the Vatican controlling every aspect of your existence.  The Supreme Being will welcome you with open arms. On this side of life, all is love. There is no hell; it was an idea invented by the Vatican.

Reach out to each other. You are all in the same boat, so help each other to recover from the shock of awakening to the truth. Step into a future that will surpass your wildest dreams. A future without war, poverty, hunger, homelessness; a future where peace and harmony for all will be the norm. The future is in your hands. Handle it with love and care. Please pray also for Dave McCann. He has work to do for humanity. You need him.

My dear, it has taken sheer willpower to survive the last three weeks. The Vatican attacks on you are vicious. Your body struggles to survive so that you can complete your work.

They still do their utmost to hold on to Dave McCann, a totally innocent young man, caught in their evil trap. My dear, you know what must be done, will be done.

My love is with you always. Your adoring, Monty.

+ - Credit Click to collapse
The Foundation was registered in April of 2006, and has received direct guidance for its mission from Montague Keen since his passing in 2004. There are currently two offices, one in London and the other in New York.
Since July 2004, the name "Montague Vernon Keen" has been trademarked and his work copyrighted, and are therefore protected under all applicable laws.© The Montague Keen Foundation 2014
Source Here
CrystalWind.ca is free to access and use.
Please donate a small gift of $11.11 or $22.22 or $33.33.
Thank you!
ॐ Namasté - Blessings!

A Message From Mira Of The Pleiadian High Council - December, 2020

New Truths ~ Teachings of the Masters