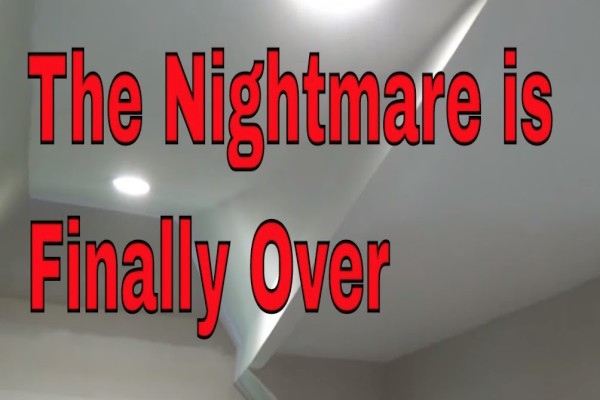 Our transformation has begun

The most decisive moment for humanity on planet Earth has arrived. There will be two well-defined Timelines: one will lead a segment of humanity to the New 5D-Earth; and the other timeline will lead the other part into exile.

Only one third of humanity will be able to make and complete the 5D-ascension necessary for this transition; the other part will not. In the end we will have a New Cycle and a New Earth. Where, no authority is superior to our free will and choices. Everyone will be their own judge. No one will interfere with the individual preferences of others.

Be prepared and be on your guard, because things are moving forward fast now. Banks are going to close so make sure to stock up on basic necessities. The changeover can take up to three weeks. Those who are corrupt and their helpers will be removed. They became part of the Cabal because of the money and work they did for them. It made them feel important, but they will pay a high price for it.

The endless wars of the Deep State were forced upon us without it ever was made clear what the ultimate intentions were, such as the destruction of ancient and modern cities, the maximisation of casualties with enormous damage in order to make money by lending money for reconstruction.

Our history for millennia, is largely a deception, as especially the Khazarian Zionists since 1706, have manipulated and changed almost every fact and aspect to completely control and suppress the population, but now that is past. The truth is coming out and every day more people understand what is happening and are slowly waking up.

Our returning extraterrestrial guest, Archangel Vital Frosi, well known to many readers by now, reports below in more detail what is in store for us.

When a soul accepts by experience to separate itself from the Source, it has access to the complete Plan, and receives the guarantee of the unconditional support from various divine sectors and spheres. It knows that it will even forget who it really is, but it has the guarantee that one day it will return to higher consciousness.

No one is ever left to their own devices. The experience gained in a Third Dimensional World qualifies the Spirit to become an Ascended Master, and its work will always be in demand in the future. It is true that humanity on Earth has always had this support. Without it, people would have succumbed at the very beginning of their experiences here on Earth.

When incarnated in the Third Dimension, the Spirit forgets who it is. With every existence the soul has the impression that it has never existed before, and that the death of the body means the end of everything. It gives the feeling of complete separation from the Source of Life. In fact, it does not even know its existence. The amnesia is such that only the dream lives on. Dreams are always a vague memory of something that you cannot even imagine when you are awake.

We once heard that man has the attraction of minerals, the instinct of animals and the dream of vegetables. These kingdoms that are part of the Earth are in fact the mirrors that the homosapiens needed when the veils covered their consciousness.

Those who knew how to observe Nature attentively learned the path of ascension of their souls much more quickly. Knowledge with wisdom was the most important recipe in the Third Dimension. The signals were always present at every crossroads in life. And they ultimately led you here.

We are now at the turning point. Because, Earth as a Planet is making its Transition, many of the souls who have incarnated here are also making their Ascension. It is the most important moment in all of planetary history, but above all, it is the greatest moment of Earth in Humanity’s awakening.

The light is going to become more intense, so that it becomes impossible to continue sleeping. It is certain that many, even if they awaken with the intensity of the Light, will choose another Planet of Shadows to continue their deep sleep of the soul there. Therefore, we will report here only to those who truly awaken and choose the path of the New Earth.

For them, the dream is over. Yes, it is over, for they will realise that what seemed an utopia is now a reality. So real that each will discover, little by little, that they can co-create everything that was previously only a dream.

The apocalyptic phase is over, that is, the time of change that began almost three centuries ago. The Apotheosis Begins! Nothing can stop what is coming!

The Conscious have finished their apprenticeship, and now have the moment of glory.

It is the End of the Dream and the Beginning of Reality!

The illusion remains in the past and can only be remembered as a dream, just like the one you finally had on a certain night while you were asleep. All that has been learnt will naturally be integrated into the new consciousness, just as each of you integrates when you are taught to perform a new task.

The Dream Is Gone!  And with it everything that reminds you of Old Earth and old humanity. The ascension of the soul is a unique event in the respective parts of the universe. So much so that many previously Ascended Masters have now incarnated or are incarnating on Earth to be able to participate in such a grand event.

You can be one of them. You can be one of the 144,000! You could be a soul who has reached the stage for the first time! But what is really important is that you are here in the final part of the planetary transition. And nothing or no one can oppose this, for you have made your choice and it is sovereign.

Choice. This word has never been more appropriate than now! A choice is the exercise of free will. Even though there has always been something that could intervene, choice is an inalienable right of every incarnated soul. Even though the dark ones have influenced every choice, in the end, they too have always respected the decisions of every one, for certain Universal Laws cannot be violated, even by those who are not of the Light.

Now all the actions of the great Theatre of Life are being closed in a final way. A new era begins while an old cycle closes forever! The nightmare Has Gone forever!

You have lived your own dream! All necessary experiences, both individual and collective, are contained within it. The Third Dimension will always be remembered as a dream! A real dream! Do not be impressed by it. Live in this moment now, for this is the age of reality. Your nightmare is over!

A must see video for everyone Awake...