Down the Rabbit Hole
A+ A A- 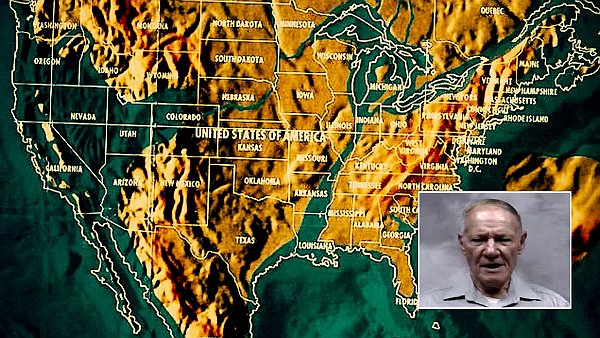 The official narrative on the Philadelphia Experiment is that it never happened, and it was a hoax propagated by a man named Carlos Miguel Allende who claimed to have witnessed a World War Two era experiment at the Philadelphia Naval Shipyard, in which the destroyer escort USS Eldridge was turned invisible, teleported to New York, then teleported to another dimension where aliens were encountered, and blasted through time and space, killing several sailors and “fusing them” to the ship’s hull.

True or untrue, more people have spoken on the alleged conspiracy.

Another one made the rounds again recently, about an alleged survivor of the experiment named Al Bielek.

According to one article:

“Al Bielek was born in 1927 and developed a career for himself in some of the strangest and most controversial fringes of the US military. He claims that the technological prowess of the United States is far more advanced than one could imagine because of the deeply unusual sources that the country has to draw from – including extra-terrestrial beings. He has also spoken out by the use of psychological brainwashing in the United States government of which he believes he was a victim. What he saw so long ago could still have major implications for today’s world.”

The man claims that he was recruited to something titled the Montauk Project. He said that to commute to work each day, he would do his ordinary job in California every day and then travel on a top-secret underground, magnetically powered train from Los Angeles to Montauk, New York to work at his other job. He claims here, he got involved with government experiments on unified field theory. If a train actually went underground from Los Angeles to New York within less than a day, it would be pretty amazing.

Bialek claims that he had no memory of what happened due to mind control until January 1988, the year he watched a movie based on the Philadelphia Experiment and his memories came flooding back.

He claims when he worked as a contractor for the US government he was himself in charge of operating the mind control program that was a tool used against US military members and contractors to ensure secrecy.

The man claims that he took part in time traveling programs, traveling to Mars on several occasions, even visiting the year 100,000 BC to see a research station, and to the year 6037 to bring back technology.

More enticing to think about, he claimed a catastrophic event would occur in the next few decades that would change the entire landscape of the US.

It sounds too outlandish to be true in my opinion. What do you think?

One video on the topic is a compilation published in November 2012. The description of the video reads:

“What you are about to encounter is the most in-depth compilation of interviews with survivors of the Philadelphia experiment and Montauk project to date. To round out your experience, we included many hours of content from Phil Schenider (underground bases and the Alien Agenda), Mind Control topics, and testimony from victims of the ritualistic sex slave practices.

The information comes from the memories of those who were interviewed. Because these projects are so secretive, gaining hard evidence is nearly impossible. However, that doesn’t mean the projects never happened.

This information is for those who want to pursue and know the truth. Sometimes, finding the truth becomes elusive. There are many out there who do not want you to know the truth about these projects. Use your own judgment as you hear the words of these survivors.

As you follow this story, use this information as the beginning resource to hopefully, get you on the right track.

The five people featured on this broadcast all testify that they worked with Al at the Montauk project and some even remember him as Ed Cameron during the Philadelphia Experiment.

So, keep an open yet discerning mind, and get ready to change your paradigm.”