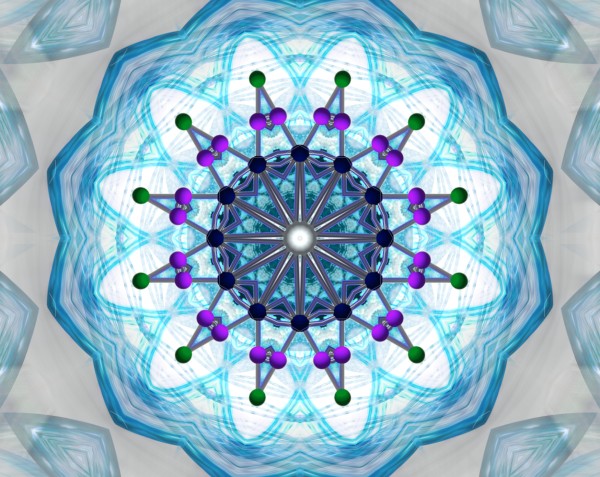 When our memories are erased and we are in amnesia, we have no context for the Electromagnetic Signals that we are being sent during the Ascension Cycle, because we cannot translate them. So how does our body translate those energy signals of consciousness memory coming from other Timelines?

The human nervous system and our Lightbody processes the consciousness memories from other timelines in the form of receiving energetic signals first. If a person is disconnected from their heart and totally enmeshed in the 3D reality, they will not sense or interpret the signal. If a person is connected and awakening to higher sensory perception, they will sense and try to interpret the signal, and this may come in as a flood of memories, data streams or emotional sensations. People commonly refer to these as downloads.

When we try to interpret the signal that we have received, we are using the level of consciousness we have access to, to decode it and translate it into some kind of experience. The event will be translated into something that only has meaning to us personally, something which was recorded in some kind of pre-conscious processing. This means within some unconscious level or conscious mind level, something was recorded in the storage area of our memories. The association given to the signal will be related to the memories that are held in our body, the Mental Map that had been created thus far during life experiences, and the things that are very unique to each person. So usually the signal will be interpreted by comparing the meaning that we have associated within our own memories, to the memories that we have been given access to.

Bring to mind an energetic waveform coming in with information from other timelines or higher dimensions. As the signals are coming in, the body goes what's this? As the signal is coming in, the signal will be interpreted through the memories that are present in the aura of your lightbody and the associations that have been formed from those accumulated memories. For many people on the earth, the signal is ignored or not sensed at all, because it cannot be interpreted through the Negative Ego and the 3D belief systems that have been conditioned in a materialistic society.

Developing Links of Association to Memories

However, if we are open and resonant to receive these energy signals, the memory may now translate into some mental images that we can perceive. When we are communicating with Consciousness or energy, much of the time the translation will come in through images and feelings. There may be images and colors, sometimes its sensations and feelings, maybe a word or phrases will come through. Now when a person creates those memory meanings, it means there is an association that has been made in the brain, there is a neural link. That Neural Link increases more links that associate meanings, which activate more of the neural Synapses in our brain to receive matched signals. This creates links of association in the neural synapses of the brain, which in turn increases higher sensory perception by linking new sensations of feelings with the brain’s thought processing.

As we develop more and more of our higher sensory perception, it develops links of association to access more consciousness memories, and it gets easier to actually interpret the meaning we have made through our feeling sensations. The more we pay attention to our intuitive feelings and the more we ask for truth and for God’s help in developing our discernment, the easier this process becomes. As we regain more of our memories we regain our cellular knowing, which can perceive and translate these energy signals as communications that exist all around us. However, we must remain aware that these signals are intentionally distorted and interfered with by the NAA so that we do not receive them correctly, so that we cannot develop strong Discernment with the information that we do receive.

Each person will interpret signals and consciousness memories that they receive into some context or association that have specific meaning to them. When we create those meaning links with memory, it means that person has developed associations to these memories that now have some context for that person. What that signifies is that person has created a new association, there's a link to process information that was not there previously. That link to associate memories increases links to activate in our brain. When this happens, we are creating links of association in the neural synapses of our brain to recognize information or language that was not previously available. We are moving beyond the mind slides and breaking through the memory wipes. This in turn increases the higher sensory perception energy receivers to connect our emotional experiences with the mental body. This sensory-feeling and mental-thought form merge improves the way the brain processes complex sensory experiences, so the person can better synthesize feelings in order to more easily describe them and understand what it is that they are actually experiencing.

As an example, a person may have gone through their life not having any interest to explore UFO’s or the existence of extraterrestrials impacting the Earth, because they had no direct memory meaning assigned to them even existing. Maybe they were led to believe the whole topic was absurd, filled with crazy people. Then they have an experience, such as a direct encounter with nonhuman entities, and now all of the sudden they have a deep interest in this topic. They want to understand what has happened to them, and now they comes across extraterrestrial phenomena everywhere in their life, when they had never even noticed it before. They have built the links of association that give meaning to this context, when it was not there before.

When a person has no comparable memory because they've been memory wiped, and there is no consciousness memory meaning available in their mental map, because unapproved topics and knowledge is withheld from them, they may not awaken and remember the truth. Maybe their body is trying to interpret the signal from consciousness memories in the Galactic History, that translates into some kind of life experience and it is being interpreted incorrectly. Humanity perceives things incorrectly because we do not have a memory association or the correct context, because we have been given a false history and are being deceived. And this is what the negative alien game is to control the timelines. By controlling humanity into believing in a false reality that is based upon a false history that was written for the 3D control matrix, they keep humanity feeding into their AI program.