How Forgiveness Sets the Prisoner Free 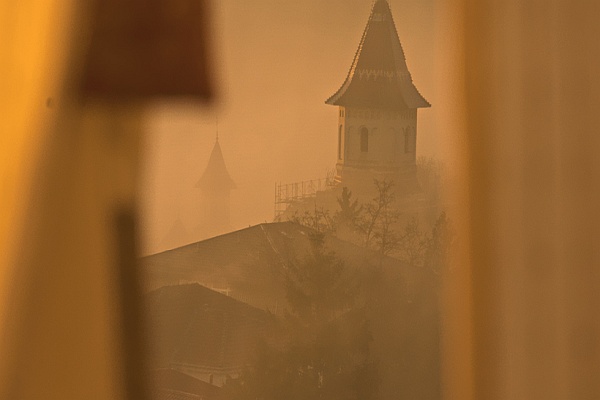 Forgiveness sets the prisoner free, and the prisoner is always Us, never Them. We are the ones suffering from holding on…

Negative Emotions Have an Adverse Effect on Mind and Body

During the lowest point in my life, my self-loathing had morphed into something like a black tumor inside me. Prison provides time for self-reflection like no other place. You’re alone with incessant thoughts that continually renew feelings of guilt, hatred, anger, and mental anguish. The uniform, the 8’X12′ cell, the hostile guards, conniving inmates–all your surroundings are a constant reminder of your low state and that you reap the fruits of past deeds.

Every morning, as soon as consciousness flooded my brain, I would relive April 10, 2000, the day the handcuffs hit my wrists and the subsequent day, fifteen months later, when that black-robed, gavel-pumping, life-changer sentenced me to 322 months in federal prison.

I obsessed over the people I had hurt, over the pain I had caused those I cared about, and for not living up to the potential of this idealized person I had envisioned myself becoming one day. Every time I passed my cell’s polished steel mirror, the hatred I felt for the face staring back at me bubbled anew.

I held rage towards the friends who testified against me. I dipped into depression whenever I remembered the woman I had lost. I felt anxiety when I thought about my parents.

Would they die before my release?

Would I be too old to have my own children?

My suffering stemmed from an overbearing sense of helplessness. I didn’t know where to turn. Thankfully, a fellow inmate introduced me to yoga and meditation. His help marked the beginning of a fifteen-year journey that allowed me to cleanse myself of the hatred, anger, sadness, worry, and fear I carried through the first years of incarceration.

How Forgiveness Sets the Prisoner Free

Meditation was essential to my transformation but equally important was forgiveness. Many emotions, resentments, and bitter feelings can get stuck. If not processed, they can affect health adversely.

Chronic anger can cause hypertension. Unabated worry might lead to stomach ulcers. Intense fear makes children lose control of their bladders. Likewise, eradicating negative emotions, or even better, boosting positive ones, has the potential to affect both body and mind in a positive way. Eventually, I realized I couldn’t change my life until I let go of the resentment I held.

To cleanse the hate and anger, I had to forgive.

It started with others, but the most important person I had to forgive was myself. I confessed my shortcomings, failures, and even my atrocities. I already knew them, but the process unburdened me from the hatred, anger, bitterness, and self-recriminations polluting my body.

The next step I practiced, Carlos Castaneda called a recapitulation. I thought about everyone I was holding stuff against. I made a list. I scoured my mind and decided who I blamed, who I resented, who I disliked, who I hated, who I wanted to see suffer.

The forgiveness wasn’t even for them. It was something I needed to do to cleanse myself. I realized I didn’t need to be right or vindicated. I just needed to let it go. I did it to clean out the bitterness inside. This action made room for spiritual growth to occur.

Why Not Give Forgiveness a Try?

When you carry hate, anger, and resentment, it poisons your mind and body. You harden in self-defense, building emotional walls, no longer trusting others. All this forces the perpetual negativity to continue. Those defensive walls keep everything away except hostility and mistrust. For the self-constructed walls to collapse, and spiritual growth to occur, forgiveness must take place.

How can we expect mercy if we show none?

To those feeling victimized, know that if the action against you caused tremendous pain, it may take several attempts at forgiveness before you truly let it go, but keep trying until it sticks. This applies equally to yourself. Everyone has something hidden, something shameful.

Some people’s mistakes have more visibility, and may be, like mine, more heinous; yet, no matter our past, we each have to find the power to forgive ourselves for our failures or for the way we’ve wronged others. We hold so much guilt and regret our past, but the past is gone. It no longer exists.

Taking Forgiveness into the World

Our society has become too sensitive. We look for the ulterior motive behind every word, thought, and action. The media devotes its time ripping into whoever made the latest, verbal misstep.

We need to lighten up, develop a thicker skin, learn how to forgive. We need to listen to our inner guidance, feel love, and start enjoying life.

Many spiritual practices, used to accomplish the above tasks, are relatively easy and familiar. Every religion professes the importance of gratitude, forgiveness, contentment, service, faith, mindfulness, and prayer. We all have at least a general idea about these things and may have incorporated some periodically into a formal practice.

These things require little effort. The difficulty lies in consistency.

Gratitude is easy when life is good, but it won’t transform us, if we don’t use it every day, especially on the darkest days. Service means always having generosity, even in the lean times, the inconvenient times, giving even when our service will be unappreciated or ineffective. Further, we can’t pick and choose who we forgive. Forgiveness has to be all-encompassing and constant. Take it from someone who has tasted his fair share of sorrow, practicing forgiveness will change your life, and we change the world when we change ourselves.

We have 1179 guests and no members online