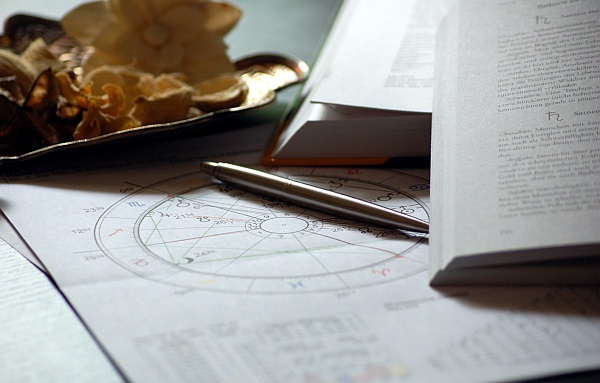 Neptune Mercury in Pisces and the Coronavirus

Part of the major astrological signatures this year is a calling to accountability government responsibility to its citizens. Viruses are connected to Pisces and the planet Neptune.  A quick answer to a long explanation is Neptune is very strong now in the sky and the chart of China, (yes, countries have their own charts) is being impacted severely with the last new moon in Aquarius which has the shock Uranus things not going as expected vibe.

The intensity of Neptune and Pisces, the symbols for spreading unseen diseases among other areas of life, will continue to increase throughout the month of February with the Mercury retrograde in Pisces. There is a very powerful full moon in March that is intimately connected to the planet Neptune which is symbolically connected to the virus spreading as Neptune knows no borders.  It is easy during this time to psychically pick up the emotions in the atmosphere on the planet. Be mindful of this if you begin to feel emotional chaos, it may have nothing to do with reality and more to do with imagination, which is also a Neptune attribute.

The last week and now the asteroid Hygiea, the asteroid connected to health, well-being, or lack of it, is now conjunct a fixed star called Algol, known for losing one’s head over something.  It will most likely come out that many people who did not properly report or do their duty in maintaining health standards in the markets or other areas will be severely reprimanded, hence losing ones head and a reminder for clear heading thinking when it comes to protecting the citizens of the world.

February will bring us the first of three Mercury retrogrades of 2020.

Even before Mercury moves retro on February 16th you will get an inkling of what will need extra attention the last two weeks of February. Basically the universe has us in a high speed fast lane since the second week of January and by the time mercury shifts retrograde we will be ready to step off the runway to catch our breath.

The most important point of February is learning and accessing our deep states of consciousness and tapping into the universal mind to receive answers to complex circumstances.

Mercury shifts into Pisces on the 3rd and will stay in dreamy visionary mode until March 4th when is temporarily returns to the Brainiac domain of Aquarius as it prepares to move direct. For all intents and purposes Mercury in Pisces for the month of February is asking us to get answers to any issue or dilemma we may have by first going into a state of relaxation in order to tap into our deeper brain waves where the answers bubble up from the subconscious or from the cosmic consciousness.

The full moon on the 9th is in fun loving Leo at 20 degrees. With the exception of the Sun and Moon being opposite each other, the Sun is not making any other connection to planets. This configuration brings a burst of exuberance to remove the restrictions of external obligations except to the Moon who in Leo says live life to its fullest and have enjoy. This is an excellent weekend to for parties, connecting with friends, or simply to take time off to enjoy whatever it is in your world that you love to do.

Venus moves into fiery Aries on the 7th and is shining bright in the skies in the evening. Venus as an evening star carries more wisdom. Therefore Venus in Aries will be adamant, determined, and quick to go after what she wants. Yet as an evening star she has the wisdom to distinguish the difference between whether she wants the object of her desire for the thrill of the chase or if it is truly something dear to her heart.

The sun moves into Pisces on the 18th or 19th (time zones thing) and the new moon in Pisces follows on the 23rd at 4 degrees of Pisces at the midpoint of Uranus and Mars. Sweet Pisces new moon that wants nothing more than to cover the world with a blanket of compassion and empathy is sandwiched between Uranus in Taurus and Mars in Capricorn. The reality that the world is changing and that we are no longer able to pretend it isn’t is palpable. This new moon will be on the heels of news pertaining to the health of the planet, global issues and lay out the work that will need to happen to arrest further deterioration, especially for the oceans and creatures in the sea, which are in the realm of Pisces.

Mars enters Capricorn the day Mercury moves retrograde on the 16th. Mars works well being in the sign of Capricorn.  In Capricorn it uses its motivating and pushy qualities into down to earth ambitions that yield material results. Need to finish a task? Mars in Capricorn will help.

The last week of February starts off with the Pisces new moon, continues with a Mercury Sun conjunction on Mardi Gras (Fat Tuesday) which is a cosmic download of information. Whenever Mercury and the Sun are exactly together is opens up a line to cosmic consciousness. Sudden insights stream in. Saturday the 29th finishes our leap year with the moon in Taurus mulling over the previous days Venus Pluto combination that reveals where we can be wanting to hold onto or change a situation that in essence we have no control over. The wisdom that is revealed moves us into a space of letting go and trusting that the universe has our backs and all will be well.

With love, light, and gratitude,

What To Do When you are Doing Nothing, Part ONE - The Arcturians

The truth about Truth

Mars in Aquarius in Relationships: March 30th - May 13th - Some Air at last!

The Creator - Stop Squirming And Dig!