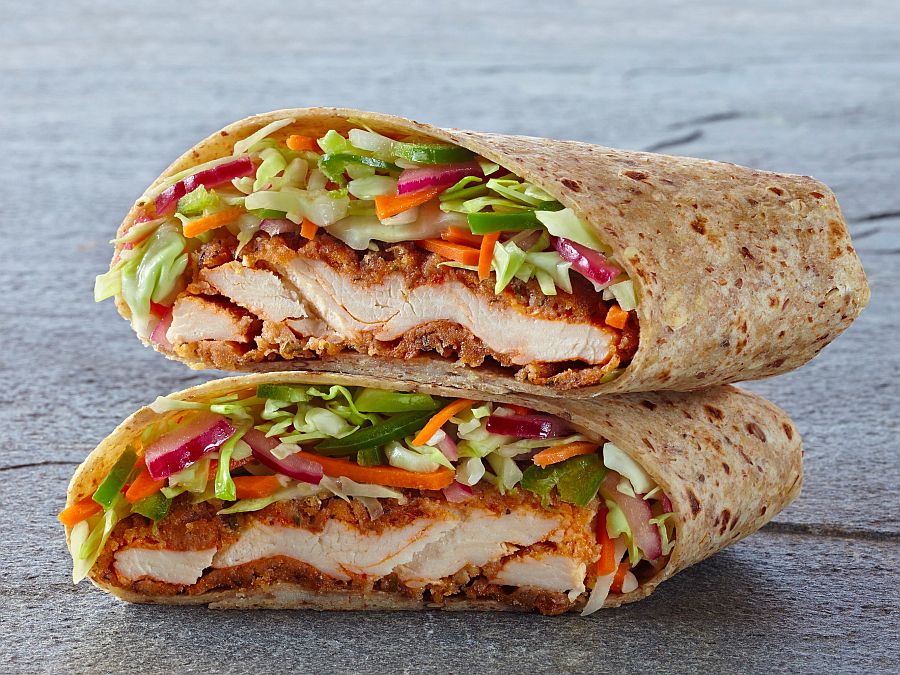 The Organic Coup opened in California last month, but already has customers lining up for more. Its founder, Erica Welton, is the former executive for Costco and plans to open 25 more restaurants over the next 14 months.

For most adults in the United States, juggling the responsibility of healthy eating with other priorities can be tough.

This is exactly why the former executive of Costco, Erica Welton, launched the restaurant chain The Organic Coup.

Welton was a food buyer for Costco for 14 years before leaving but did so because she was inspired to meet consumers’ demand for some tasty organic fare.

“We saw this huge shift happening at Costco with people purchasing more and more organic food.”

Won over by the concept of organic, Welton began purchasing pesticide-free produce and antibiotic and hormone-free meat(s) for her own family. 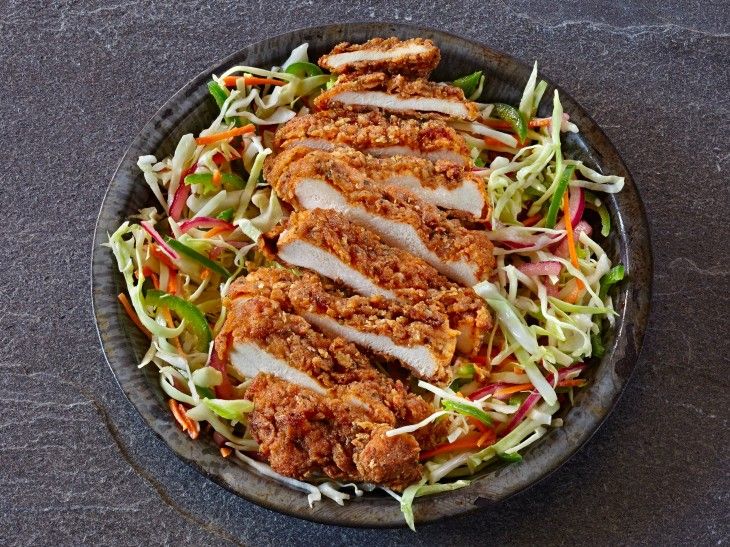 When on the go, however, she had few options for quick, healthy meals.

“Chipotle is a great option, but we didn’t want to eat there for every meal,” she said.

So, she decided to leave Costco and founded the new business. The Organic Coup opened last month in Pleasanton, California and already has happy customers lining up for more.

Welton plans to open 25 more restaurants just like it over the next 14 months, mainly on the West Coast. Eventually, the ambitious entrepreneur wants to expand The Organic Coup to cities including Las Vegas, New York City, Austin, and Chicago.

Erica went through the tedious process of getting the chain certified by the USDA because she wanted customers to be able to trust The Organic Coup’s promise of organic food.

“I didn’t really understand how few restaurants were certified. I was shocked to find out that we were actually America’s first certified-organic fast-food chain,” she says. 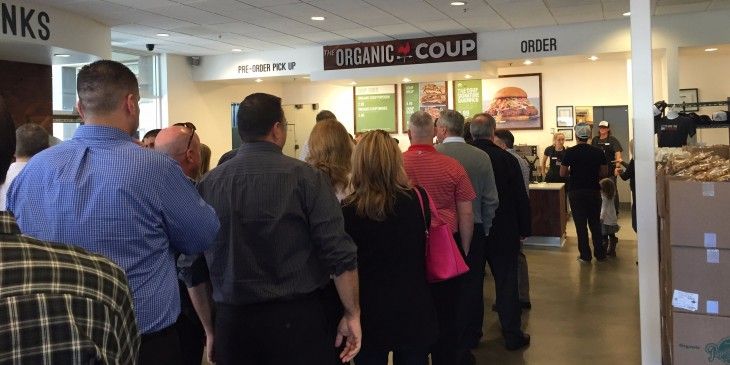 According to many, the restaurant’s specialty is its fried chicken, which is made from organic, air-chilled chicken friend in coconut oil (one of the few oils that has a high-heat temperature).

“It’s the most expensive oil we could have chosen, but it has good plant-based fats, no cholesterol, and it’s high in Vitamin A.”

While the menu is  quite simple, it’s also flexible. For example, customers can get the fried chicken with a range of sauces on a  bun, in a multigrain wrap, or in a bowl with shredded vegetables.

“We have the Costco mindset focusing on doing one thing great,” Welton said of the fried chicken.

The only side is organic popcorn covered in caramel and drizzled with chocolate.

Compared to other restaurants, The Organic Coup is more expensive than most fast-food establishments. The fried chicken sandwich, for example, costs $8.99, compared to a chicken sandwich at Chick-fil-A which costs $4.

That hasn’t seemed to deter healthy-minded eaters, however.

The Organic Coup has only been open for about four weeks, but it has already racked up nearly 100 reviews on Yelp and Facebook! And for the most part, those reviews are quite positive.

One satisfied customer described the chicken as “juicy, tender and spicy.” Another person referred to the popcorn as “legal crack.” There have been some requests, with customers suggesting a side order of sweet potato fries to be added to the menu. 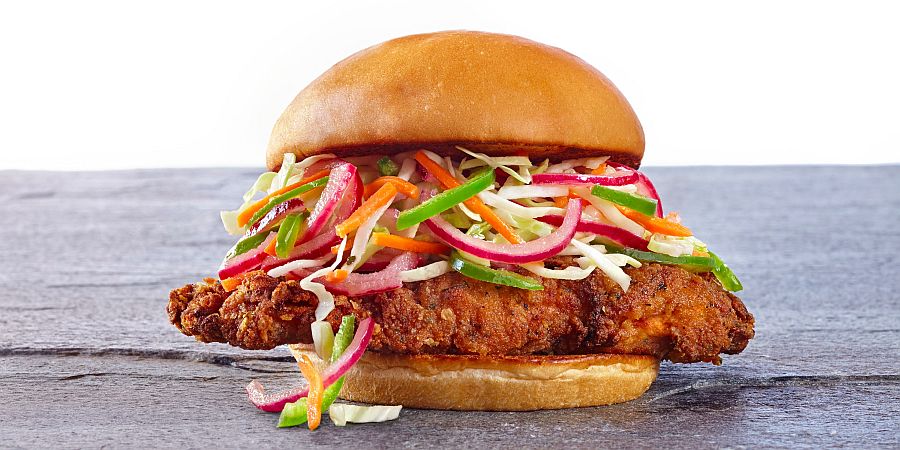 Citizens in the United States are beginning to recognize the importance of healthy eating and lifestyle habits. According to the CDC, a minimum of 40% of the leading five causes of death in the United States could be prevented if more people ate clean and exercised four to five times a week.

If everyone took the initiative to eat cleaner and support farmers that produce organic crops, as well, the agriculture industry would be forced to change, and billions would be saved in healthcare costs.

This article (Former Costco Exec Launches The US’ First 100% Organic Fast-Food Restaurant) is free and open source. You have permission to republish this article under a Creative Commons license with attribution to the author and TrueActivist.com