‘Fluoride in water could cause depression, weight gain’ 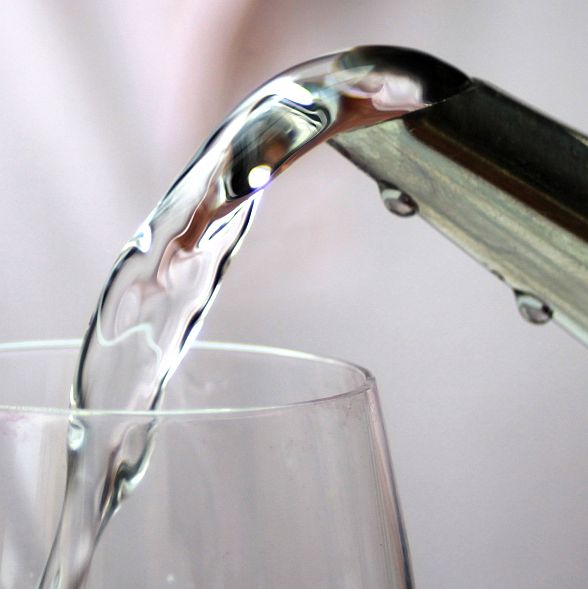 Fluoride added to local water supplies in England may cause depression and weight gain, a new study suggests. Scientists warn local authorities should cease adding the mineral to drinking water in the interest of public health.

The research, conducted by a team of scientists at the University of Kent, indicates that particularly high numbers of underactive thyroid glands occur in areas with high levels of fluoridation.

They concluded as many as 15,000 Britons suffer unnecessarily from thyroid problems as a result – a health complication commonly linked to depression, fatigue and weight gain.

Fluoride is a natural mineral found in water in varying strengths, depending on the location. It is also present in certain foods and drinks such as fish and tea. It helps to combat tooth decay by increasing enamel’s resistance to bacteria.

However, the mineral also affects the body’s ability to produce iodine, which is needed for a healthy thyroid gland. The thyroid gland regulates the body’s metabolic rate and a host of other bodily functions.

As part of their research, scientists at the University of Kent compared the medical records of 7,935 GP practices.

The scientists found patients had considerably higher rates of underactive thyroid in practices situated in areas where water fluoridation levels were 0.3 mg/l or higher.

Professor Stephen Peckham, of the University of Kent, said his team’s findings are worrying for people exposed to water fluoridation.

Underactive thyroid is a particularly nasty condition, according to Peckham, which can spark a host of other health issues.

Following the release of their report, scientists based at the University of Kent said local authorities must reconsider the practice of mass water-fluoridation.

Their findings contradict research published last year by Public Health England that declared fluoride to be “safe and effective.”

Contrary to popular belief, there are relatively few areas in England where fluoride continues to be added to local water supplies.

Generally, it occurs around Birmingham and in eastern England. It affects roughly 6 million people. An additional 500,000 people live in districts where fluoride occurs naturally in the water.

Proponents of fluoride argue it reduces dental caries, and there is no concrete evidence to prove it is harmful to human health.

Opponents, however, stress sodium fluoride – the fluoride compound typically added to water – is poisonous in high doses. They argue the risks of adding it to water are currently unknown, the science surrounding fluoride is questionable, and studies have consistently failed to yield solid conclusions on safety.

It argues there is no high-quality scientific research that indicates fluoridation is safe or effective.

The NPWA stresses fluoride is not an essential nutrient, and Britons are overexposed to it. It has long called for the repeal of legislation that legitimizes artificial water fluoridation.

However, Public Health England continues to insist fluoride is safe in water.

“The totality of evidence, accumulated over decades of research, tells us that water fluoridation is a safe and effective public health measure, and shows no association with reduced thyroid function.”