Can You Visualise Drugs Working?
A+ A A-

Can You Visualise Drugs Working? 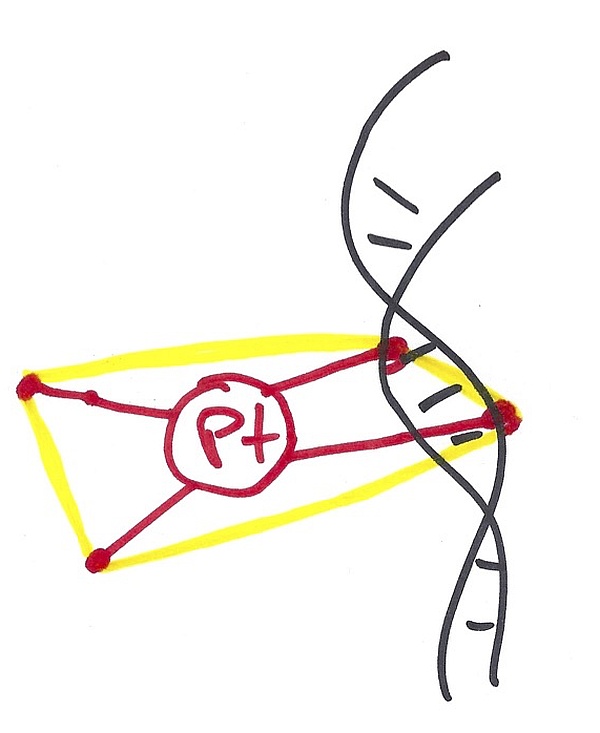 I recently chatted with a girl who has had rheumatoid arthritis since she was a child. Now in her late 20s, she’s taken painkillers for years.

When she was first diagnosed, a nurse instructed her to imagine her painkillers travelling to her joints and then dissolving into little particles and spreading out over the joints, soothing them and reducing swelling and pain. After a moment or two, the nurse would ask, “Can you picture it?” And when she said she could, the nurse would add, “Can you feel it? Can you feel it dissolving into the joint and taking the pain away?” And she could! She believed that the visualisation really helped her and has been using it regularly for over 20 years now.

Even as an adult, she spontaneously does the visualisation every time she takes a painkiller, closing her eyes and visualising for a moment or two right after she swallows the tablet with some water.

It’s a terrific way to use visualisation. I’ve written about visualisation and how it works in other blogs, and also teach it in my book, ‘How Your Mind Can Heal Your Body’. Mostly people use visualisation to imagine a state of illness changing into wellness, or to imagine their immune systems working to destroy bacteria or viruses, but like the girl above, some people visualise their medicines doing their jobs too.

Some people who take antibiotics imagine them destroying infection. From the moment they put the tablet in their mouth and take a sip of water, they imagine antibiotic particles travelling inside their body and going straight to where they need to go, neutralising infection there. The visualisation only takes a moment but is done consistently each time they take a pill.

Common among cancer patients is to visualise chemotherapy drugs as piranha fish or pac men chomping on cancer tells or tumours. In their minds’ eyes they imagine the cells being destroyed or tumours shrinking smaller and smaller until they vanish. Rather than thinking of the drugs as poison, then, which a number of people do and which can make them feel stressed as a consequence, they picture the drugs doing what they are supposed to do and only destroying the cancer while leaving everything else intact. It gives them a sense of control and seems to reduce stress.

Similarly, people undergoing radiotherapy imagine the radiation as bolts of lightning burning tumours and leaving all other areas intact.

A friend once had to take the chemotherapy drug ‘carboplatin’ as a treatment for lung cancer. She asked me to help her think of something to visualise. I explained that carboplatin is shaped like a square with an atom of platinum at the centre. I explained that it works by sitting across the strands of tumour cell DNA, essentially grabbing hold of the individual strands (the technical term is ‘bonds’ to), thus interfering with the DNA and preventing cancer cell replication.

I drew a little diagram (above) showing how the platinum rigidly holds the DNA strands. She loved it and used that visualisation through her treatment. She’d never tried visualisation before, but she told me that it gave her something positive to do with her mind.

Could these visualisations be helping? I don’t know of any research specifically around visualising drugs working, so any conversations I’ve had with numerous people who’ve visualised in this way might only be considered anecdotal. But I feel it’s worth knowing what some people do because at the very least it gives a person something positive to do with their mind while they take medicines, which might be a welcome replacement for worry or stress.

Perhaps, as some believe, any benefits are simply due to a reduction in stress or the person gaining a more optimistic attitude. But maybe there’s more to it than that. Given the overwhelming amount of evidence for the different ways that the mind impacts the body, my hunch is that visualising like this does add something extra a lot of the time.

Maybe it’s something to do with the action of imagining the physical condition improving. In other blogs, I’ve shared that the most common use of visualisation that I know of is where a person thinks of the site of injury, illness or disease, and imagines it being repaired or healed. And they do this repetitively. Perhaps this repetitive visualisation of the drug doing its thing is producing a real effect.

Some research has shown that repetitively visualising the immune system working can enhance the immune system and this technique has now even been shown to be beneficial in randomised controlled trials of patients undergoing treatment for cancer. In these trials, patients who visualised experienced a higher clinical response to their treatment than patients who didn’t visualise.

We also know through placebo research that some drugs work better when a person believes in them, or believes in the doctor who prescribed them, so the mind certainly seems to deliver an effect.

So, I’m inclined to believe, just like the girl who has imagined her painkillers working since childhood, that visualising medicines working might well have beneficial effects over and above the action of the drug alone – some, or even a lot, of the time.

The above piece is based on research and content from my book, ‘How Your Mind Can Heal Your Body’.