Did You Know: Natural Cancer Treatments are Hidden from You – But Why? 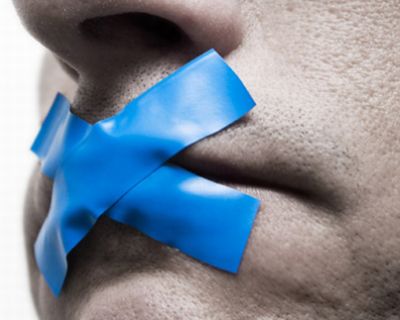 The recent Texas Medical Board attacks on Dr. Stanislaw Burzynski, who has been highly successful at curing hopeless cancer victims in his Houston research clinic, brought to mind an interview quote from Dr. Nicholas Gonzalez. He referred to the cancer industry’s attitude toward treating cancer outside the medical mafia’s zone of standard care. “It’s beyond a double standard. It’s more like the twilight zone,” he exclaimed.

The Double Standard of Care Principle

Put simply, when alternative practitioners or pioneering MDs start having success treating cancer outside mainstream medical’s approved standard of care set by governing medical bureaucracies to appease Big Pharma, they are hounded, persecuted, or prosecuted, while information of their successes is withheld.

Meanwhile, hundreds if not thousands die at the hands of the medical system’s standard of care cancer treatments. A standard of care is a consensus guideline for treatments prescribed by medical board bureaucrats who comply with medical equipment and pharmaceutical companies’ demands to use their products only.

For cancer, it’s either cut (surgery), burn (radiation), or poison (chemotherapy). As long as those three are appropriately applied under standard of care guidelines, it doesn’t matter how many die or get sicker from the treatment, or how few survive in remission for five years.

Of course, with the 90% or more who die from cancer or the treatments, that’s just the way it goes. Nice try doctor. You’re protected from malpractice after discouraging your patient from seeking safer and more effective alternative treatment. Since you followed the standard of care guidelines, death by medicine is pardoned. Next patient please.

After all, the cancer industry claims a real cure for cancer hasn’t been discovered yet. That’s why they go on fund raising for that elusive cancer cure. Meanwhile, they pursue extremely expensive cut, burn, and poison approaches with their mantra that it’s the only hope for survival, which easily frightens ignorant patients into submission.

Actually, there are already many alternative treatments for cancer, around 200, which are non-toxic, effective, and not nearly as expensive. Their cure rates exceed mainstream oncology cures by 45% to 85% depending on the type of cancer, its stage, and whether or not they started after cut, burn, and poison from AMA oncology. Here are just 4 cancer fighting foods to start you off – and there is much more information here on NaturalSociety.

Successful alternative practitioners have usually had to flee the country or be crushed by the AMA and FDA, cutting of successful therapies and leaving cancer victims to die.

Mainstream Oncology PR Convinces Media and The Rich and Famous

Dr. Gonzalez and his partner Dr. Linda Isaacs are both highly intelligent and sincere MDs. They have had the good fortune of benefiting from independent foundation research grants to allow FDA’s approval for human level research on hopeless cancer patients using metabolic enzyme therapy, diet, and liver detox through coffee enemas.

They are fine tuning the basic principles of Dr. William Kelley’s treatment with the intent of getting FDA approval. Dr. Burzynski had gone the same route at great expense, but because he didn’t give in to the medical mafia’s attempts at stealing his patented procedures, the medial mafia continued to try shutting him down.

But Dr. Gonzalez discovered that Kelly’s treatments worked very well. So he picked up the torch from a slanderously disgraced and fallen Dr. Kelley and got things in order enough to continue Kelley’s legacy with minimal harassment in NYC.

Dr. Gonzalez commented that whenever famous or wealthy patients die from cancer or standard of care, the doctor is publicly praised, along with the deceased patient, for heroic efforts in the war against cancer for merely delaying death for several months with painful treatments.

While interning at Sloane-Kettering, Dr. Gonzalez became aware of a hall with plaque filled walls acknowledging very high end donors to Sloane-Kettering. Those donors of six figures or more were relatives of cancer patients who had died while being treated. His colleagues jokingly called it the “hall of the grateful dead.”

So it’s not surprising that the medical mafia wants to mess with Dr. Gonzalez’s work to make it fail. In his book, What Went Wrong, Dr. Gonzalez chronicles the failure of the National Cancer Institute-NIH funded clinical trial conducted at Columbia University, which were improperly organized while deliberately ignoring Gonzalez’s protocol guidelines.

Two government investigations have confirmed his allegations. This is nothing new for the medical mafia. After all, they are the authority. If they say something doesn’t work after intentionally misapplying it, that’s the end of it. And AMA doctors and the media buy it without question and sell it to the public.

That’s why little is known of real cancer cures among the mass population. It’s not part of the standard of care, which cares more for profit than patients’ welfare.

We have 2647 guests and no members online