Oil Pulling: Not Just for Oral Health?
A+ A A- 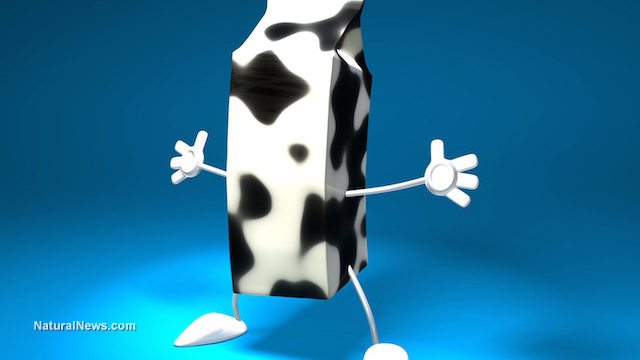 The idea that consuming calcium-containing milk products is required to sustain healthy bones is quickly fading, as new research continues to unravel one of the food market's biggest myths.

Extensive reporting by Natural News reveals that humans are the only mammals to continue drinking milk past infancy, and that there are actually other sources of nutrition more sufficient for building healthy bones.

A recent study published in The BMJ adds to that theory, suggesting that milk consumption doesn't prevent fractures that are often linked to osteoporosis, a condition involving brittle bones that affects 40 million Americans.

More than 200 million people suffer worldwide from osteoporosis, with the majority of them being women over 60. The most concentrated cases exist in Europe, North America and Japan, all of which consume a significant amount of dairy.

Researchers from Sweden, one of the countries that consume the most dairy per capita, examined the lifestyles and diets of more than 100,000 Swedes dating back as far as 1987 and tracking them until their death, or until Dec. 31, 2010.

The results showed that drinking milk did not reduce bone fractures, and those who drank the most milk where likely to die younger than their counterparts

The data used to reach this conclusion were based on two previous studies, including diet surveys answered by more than 61,000 women between 1987 and 1990. Among them, less than 40,000 of them filled out a more detailed diet survey in 1997. Diet questionnaires completed by more than 45,000 Swedish men were also analyzed, confirms the LA Times.

Not only did the study's results dispel the myth that drinking milk helps prevent bone fractures, but the more milk women drank, the more fractures they had.

More than 17,000 women suffered from some type of fracture, with more than 4,000 of them being hip fractures. The women who drank at least three glasses of milk per day were 16 percent more likely to break a bone, and 60 percent of the avid milk drinkers were more likely to have a hip fracture.

Men also experienced a higher risk of death and fractures in conjunction with higher milk consumption, but the distinction was less pronounced than in women.

"Our results may question the validity of recommendations to consume high amounts of milk to prevent fragility fractures," said the study's lead researcher, Professor Karl Michaelsson. While scientists say more studies are needed before making any definitive dietary recommendations, they agree that the role of milk in the U.S. needs to be reevaluated.

The risk of early death is likely linked to D-galactose, which is produced by the body as it breaks down the sugar found in milk. Previous studies show that chronic exposure to this nutrient induces "oxidative stress damage, chronic inflammation, neurodegeneration, decreased immune response, and gene transcriptional changes," scientists say.

D-galactose is known to mimic the effects of aging.

Women with high intakes of fermented dairy products like yogurt, cheese, butter and sour cream experienced lower rates of fractures and premature death than women who consumed less of these products.

Mexico doesn't consume much milk and also has very low rates of osteoporosis.