Four Surprising Uses For Hydrogen Peroxide
A+ A A- 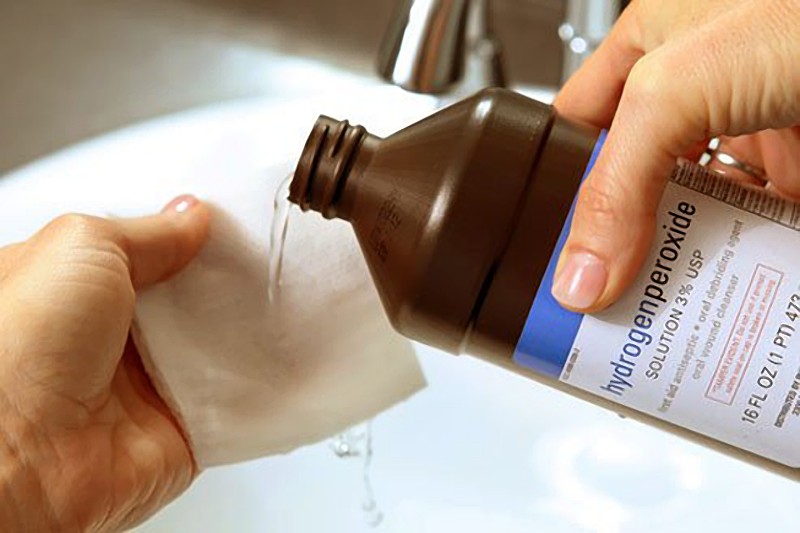 Hydrogen peroxide is an odorless, colorless chemical compound comprised of water and oxygen. It was first identified and isolated by the French chemist Louis Jacques Thenard in 1818 and, by the beginning of the 20th century, had become one of Europe's most popular surface disinfectants due to the speed with which it kills microorganisms through oxidation.

Hydrogen peroxide is still found in most chemists today, and remains a much-loved alternative to bleach due to its low cost and environmentally friendly nature. However, this germicidal agent is highly versatile and provides far more uses than most people realize.

Due to its natural oxidizing abilities, hydrogen peroxide makes a fantastic and inexpensive mouthwash that both cleans and whitens teeth. To use it for this purpose, mix three or four drops of hydrogen peroxide (between 3 and 6 percent concentration) with equal parts water and swish the mixture around your mouth for between 20 and 30 seconds. After spitting it out, rinse your mouth with plain water to remove any residue.

Hydrogen peroxide can also be used as a toothpaste (in fact, many toothpastes sold in natural health stores contain it as a main ingredient). As before, mix a few drops of between 3 and 6 percent hydrogen peroxide with equal parts water and brush your teeth using the mixture. Some people like to add baking soda or sea salt to it to improve its antiseptic properties.

Hydrogen peroxide is a potent bleaching agent and can make short work out of most laundry stains. It is also far less aggressive than commercial detergents, which usually contain unnatural chemicals that wear out clothing over time.

Simply add a cup of 35 percent hydrogen peroxide to a gallon of hot water and allow the clothes to soak in the mixture for between 1 and 2 hours. Many people have also experienced good results adding hydrogen peroxide to washing machines instead of bleach. Aside from removing old and new stains, it can also whiten white clothes and brighten colored clothes.

A few drops of 35 percent hydrogen peroxide mixed into a cup of warm water is a fantastic natural substitute to dishwasher liquids. As well as being safer and cheaper, the mixture is also much more effective at removing stains and ensures that glasses are free of spots and streaks. Hydrogen peroxide diluted to similar levels can also be used to clean the dishwasher itself.

Hydrogen peroxide can remove harmful bacteria and chemicals from fruits and vegetables. To use it for this purpose, add a cup of 35 percent hydrogen peroxide to a gallon of cold water. Soak the thinner-skinned produce, such as lettuce, in the mixture for 20 minutes and the thicker-skinned produce, such as cucumbers, for 30 minutes. If you drain, dry and refrigerate the fruits and vegetables right after cleaning them; their freshness will be significantly prolonged.

We have 1187 guests and no members online