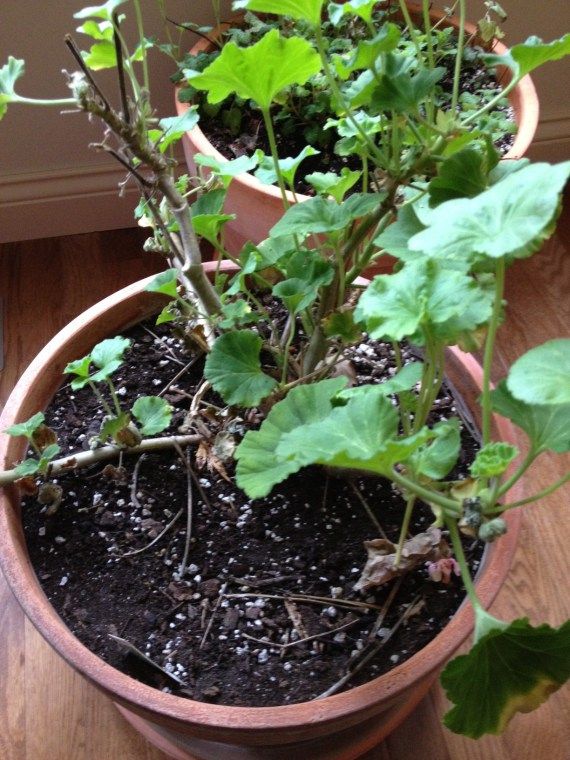 My initial order of orgone pucks impressed me so much that I'very soon after ordered twelve more, which we’ve since scattered around the house and property. I have two outside plants in terracotta pots that I bring inside every winter. Between the heating vent near the southern exposure window and the way pretty terra cotta pots wick moisture away from the soil, the overwintering of these plants always stresses them out. Normally by this time of year, they look pretty straggly, and with the frequent negative temperatures, we’ve needed to run our heat more often than other years. As an experiment, I decided to put orgone pucks in each of the terra cotta pots to see what happened.

I’ve seen some incredible garden photos comparing identical plots with and without orgone, so I thought I’d give it a try inside before buying orgone pucks for all over my ever expanding garden. Here are the results after about 1 month, bearing in mind that usually my plants in terra cotta pots look worse, not better the longer they’ve spent indoors: 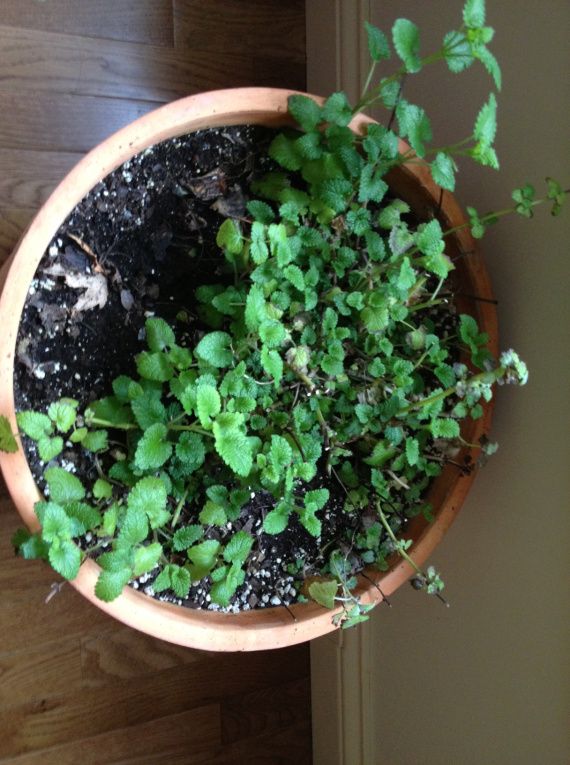 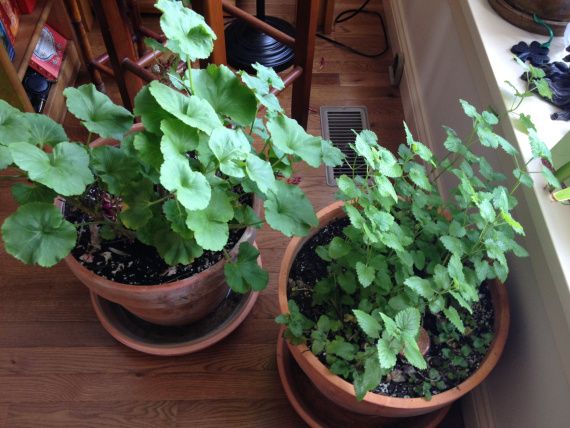 I tried to take the geranium photo from the same angle as the earlier photo, but I couldn’t fit most of it in the frame. Also, the largest flush of growth has occurred towards the window. Even with the less green original angle from behind, though, you can see the plant looks much healthier: 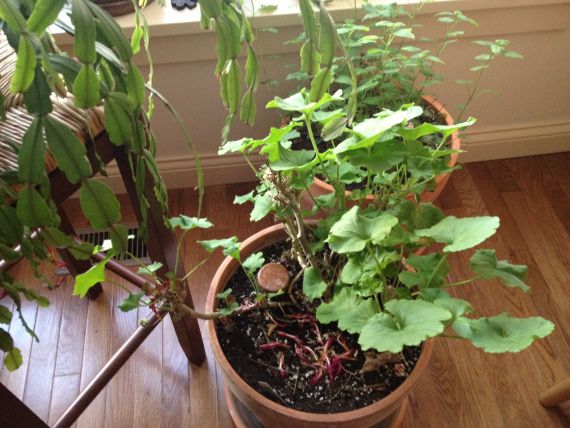 The biggest thing I’ve noticed is a lessened need for watering. Lemon balm is a particularly finicky plant, and I have another cutting from this plant in a pot on the window sill, which I’m embarrassed to share here. Actually, the plant is embarrassed for me to photograph her when she looks so brittle and frazzled with the winter. Even though that one gets more light, the leaf tips have browned, because it’s just so difficult to keep the moisture at the right level — even in a non-terra cotta pot!

In previous years, my geranium has also shown signs of stress, with yellow, dried out leaves and even a virus last year. Since adding the orgone, I sometimes forget about these plants for over a week between waterings. They just always look so happy that until I hear an “Ahem, do you know how dry we are?” I don’t even remember to do anything to them. In the past, any drought stress has caused serious drooping and browning.

Based on the quick results with these plants, I put an orgone puck in our refrigerator to see what happened there. One reason I decided to grow a winter garden this year was because we found it very difficult to find fresh greens last year in January and February. David and I had gotten spoiled living in cities with access to Whole Foods, which pays a premium to purchase the first run-through of the freshest organic produce available. Stores in Goshen just don’t have that buying power, so we would often buy a bunch of kale (for $4.99!) or dandelion greens ($5.99!) only to have them wilt and rot within a couple days. Our farmers market offered amazing spinach, but only in limited quantities for early purchasers. Our garden grew well through early December and was still alive even after minus twelve degrees; however, at this point, I’d need to dig it out from multiple feet of snow. After months of subzero temps, our outside kale looks pretty frost bitten, and I’ve not ventured into the cold frame for about a month.

Anyway, I put an orgone puck in our fridge, and now our greens stay fresh for over a week. Apparently, our other food does, too. Yesterday, I needed to clean out some leftovers from, um, at least a couple weeks ago. I meant to clean it out last week, but kept putting it off because I get really grossed out by rotten food smells. Well, yesterday I finally took the plunge and opened the container only to find everything looking and smelling just as fresh as whenever we made it! We weren’t crazy enough to try eating it, but still, I found that impressive. I also like that the orgone puck charges our food the whole time it spends in the refrigerator. In the event that food comes from somewhere I’d rather not have my food from, I figure, the non-stop orgone “treatment” will make it fresher, healthier and cleaner than before. I’ve actually noticed some kale that had a couple questionable leaf tips become greener the longer I waited to use it. Almost crazy making … but quite exciting when I really think about it!

Sooooo, yesterday, I ordered a bunch more pucks. David’s mom wants some for their house, and based on these plant experiments, our garden deserves far more than the two I’ve already placed out there. I have no financial incentive to write about orgone. I just like to share when I find something that truly lives up to or beyond its hype. Cheers!