The Bible and Quran claim this plant cures everything 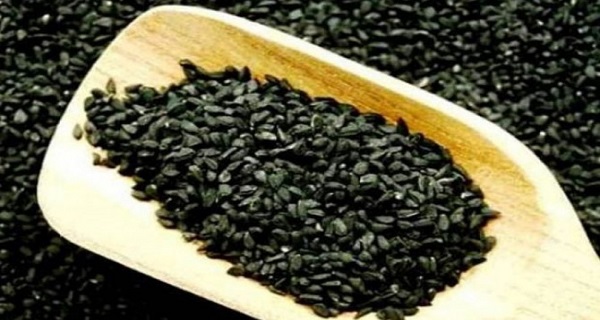 Nigella Sativa, also known as black cumin, is a annual flowering plant from the Ranunculaceae genus, which is famous for its black seed fruit which is also called the black cumin ( not to be mixed with Cumunum cyminum which can be found it almost every store).

The Nigella Sativa is also called a divine plant, as it is the only plant that’s written in both the Bible and Quran. People believe that it is a holy plant which God created for the healing of any condition that a human being can have.

The black cumin is one of the most famous plants in the history of medicine. Even the ancient Egyptians used it for improving digestion and treating colds, headaches, toothaches and infections.  When Tutankhamen’s tomb was opened, black cumin seed was found in it. The seeds are also mentioned in the Bible as well as Hadith, where the Islam prophet Muhammad says that “Black cumin can cure every disease except death”

The black cumin, or Nigella Sativa, was used since ancient Egypt and today it is known as one of the most effective healing plants that are used for the prevention and treatment of a number of health problems. Many medical processionals call it a universal cure, one that cures almost all diseases.

Furthermore, it was clinically proven that the black cumin relieves the symptoms of allergies, allergic rhinitis and allergic asthma. Its oil can dilate the respiratory canals and make breathing easier, while its antibiotic properties can prevent the development of secondary bacterial infections which often accompany seasonal allergies. The black cumin can prepare your organism to better react to allergies and gradually increase its tolerance towards them, in a natural and safe way.

Great for the Heart

The black cumin has a positive effect on the cardiovascular system as well. It can strengthen the inner walls of the blood vessels and increase their elasticity, resulting in better blood pressure.

Researches have shown that the use of black cumin oil can lead to the overall lowering of triglyceride and LDL (bad) cholesterol levels. It is also very effective in lowering blood sugar levels by stimulating the pancreas to secrete insulin and increase the cells’ sensitivity to it. It is especially effective in patients with type2 diabetes.

Also, recent researches have show that the black cumin has an anti-cancer effect, i.e. it can be used as an aid in the treating of carcinomas because it directly affects the malign cells and strengthens the organism’s immunity.

We have 1347 guests and no members online