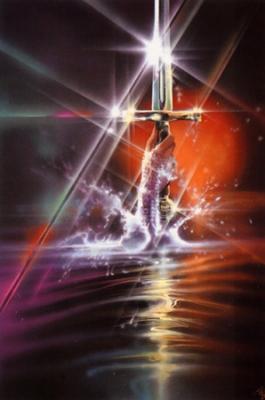 I have the privilege of knowing some very fierce warriors.

I´ve noticed some similarities though. They all have an Achilles heel.

If they hadn’t I would be somehow suspicious, since it’s not an ego battle and they would thrive on the heart compass for honorable fighting. I will get back to that.

They are both male and female fighters. The coordinate I´m noticing is that they would need a strong counterpole by their side.

A fierce warrior focused in the masculine aspect would need the strong feminine aspect by his side. A soft place to recover. To that he will surrender and lay down his sword and rest his weary soul….And a fierce warrior focused in the feminine aspect, would need a strong masculine pole by her side. To that she will surrender and lay down her sword and rest her weary soul. It`s all about metaphysics.

I´m aware that it could sound a bit dodgy, but that would be in the Matrix concept of the feminine and the masculine.

Taking it outside that programming it makes perfect sense. The really distorted way of understanding this would be like: “Women are from Venus and Men are from Mars” C’mon, those planets would never meet. And the Matrix seems to get a kick out of its contradictions……”In every dream home a heartache”… yes….. No!!!

My friend Khris did a very interesting post on that some while ago called: “Chivalry Is Pretty Much Dead“. It targets where I´m pointing to, but being in the matrix concept of understanding the feminine and the masculine, one wouldn’t really see where Khris is pointing.

So for each fighter the counterpole could be the Achilles heel. You would not want to take a female warrior’s masculine pole down. And you would not want to mess with the masculine fighter’s feminine pole. Because they are merged: transcended every Matrix measurement of a truly twin flame like relationship.

All have their Achilles’ heel.

“There may come a time where I will lose you,” is a phrase embedded in my life. Meaning, I try to remember that, not in a sordid way, but to keep my focus on what’s valuable to me here and now in all the wars that are going on in multiple dimensions.

It sparks a fragility which is also necessary in the fighting because it will embed the softness going about in one’s life. We would not be safe if we take anyone for granted or anything for that matter.

I don’t think the epic samurai sword is granted one to master without consciously knowing that even when you slay scary monsters and super creeps that you are very vulnerable. Thoughtless fighting is a mess and we will lose. Childishly taking wrong measurement of one’s powers will get us slain, whether it would be physically or energetically.

The ghouls or the ghoul-like individuals in strong numbers will spot it right away. Not cool.

Confronted with attacks on the Achilles heel we have to go: Instant Combat. There doesn’t seem to be a way out. It will pull you right in.

I have put up this ground rule when my Achilles heel is under attack: I offer my adversary an honorable retreat, but the offer doesn’t stand long. I think it doesn’t because the pull is too strong. And it’s not by impulse, the pull. It just is.

My Achilles heel is children. I´m blessed with two children myself. They have very sweet souls. I can honestly say I have never raised my voice to them. It´s very subtle. But the Achilles heel goes further than with my own kids. And its not by Matrix standard: The “Protection Matrix” therapeutic bla.bla condition.

It´s a spiritual no fly zone, a dealbreaker, do not trespass!

Nothing in this world would make me draw my sword as seeing children ridiculed, abused, disrespected by so called adults or curled-up-in-the-matrix parents. Taking all of their shitty conditions out on a child no matter what age.

When I see that, I see it on an energetic level. Black fractals hammering into the soul and the nervous system and spoiling it, often beyond repair.

I watched a child about 3 years old being yelled at in the street. His mother was standing bowed down over him and manifested spider-like creatures with every degrading word she spewed on him. They crawled into his ears and eyes. That is what I see when I see it. Try looking for it. It freaks one out.

So what I´m saying here is, if you’re a warrior acknowledge your Achilles heal.

Don’t necessarily nourish it within you. Be subtle about it, and honor it. It makes you ever so much stronger even though we are programmed to believe it’s a weakness. Remember psychopaths have none. That you are not, so you will have.

And frankly. I´m very cute. But I will take you down if you push that specific button in me and energetically you will not stand for long.

That’s the power in it.

Not to be used randomly.

Zen-haven.com is run by Soren Dreier.

Zen-haven is located in Denmark.

Whatsapp
back to top
The Value of “Sloth” – Expanding Our Perceptions for Greater Wisdom
We Don’t Need a New President; We Need a New Consciousness and a New System
The logic of ownership

We have 1188 guests and no members online