Innovation And Aspiration: The Jupiter/Uranus Trine 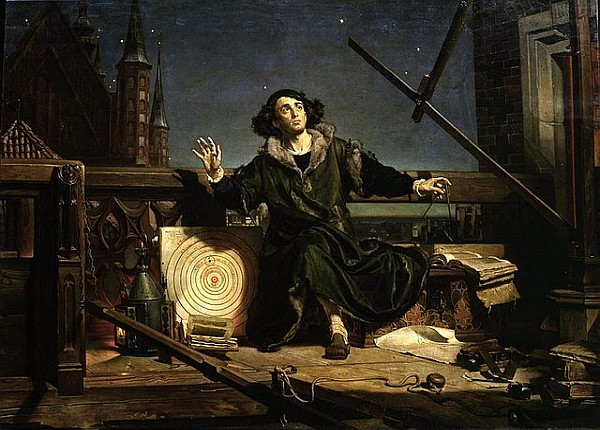 You cannot have innovation, unless you are willing and able to move through the unknown and go from curiosity to wonder. ~ Dawna Markova

On December 15th Jupiter in Capricorn will trine Uranus in Taurus. Lasting merely weeks, this transit, although infused with creative insight and innovation, could pass us by relatively unnoticed. However, due to the Solar Eclipse on December 26th, which almost glorifies this transit, it will be that much harder to ignore. Nor would we want to.

Jupiter/Uranus cycles bring periods of creative initiative and innovation. This current Jupiter/Uranus cycle had its beginnings in 2010, when Jupiter and Uranus were both barely entering the sign of Aries, the sign of New Beginnings. Each time these planets form trines within their cycle, we receive the benefits and ramifications of whatever seeds were being planted when the cycle first began. The first open trine occurred in the Fall of 2014 in the creative fire signs of Leo and Aries. Now we have the closing trine of Jupiter/Uranus, this time in the pragmatic earth signs of Capricorn and Taurus. It may be difficult to recall, but looking back to 2010, was there some new direction or initiative that you decided to begin? Was there an opening to further pursue this path in 2014? Was some sort of obstacle gracefully removed? Often at these junctures we are freed up, or obstacles are removed, allowing us to get out of a rut, to grow, and stretch ourselves out into the world of possibility.

Generally we are creatures of habit. We create nests of familiarity and comfort within our daily lives and routines. We take the same route to work, or the gym, or wherever our routines bring us, and go on automatic pilot. As a result we don’t necessarily notice or see what is going on around us in our environment, or on the way to the car or the bus or the metro. And as we become accustomed to these furrows in our lives, we remain uninspired.

It is at these trines between Jupiter and Uranus that it is not only easier, but also behooves us to step outside of our usual comfort zones, if even in some small but significant way. Not to the point that we become stressed out and overwhelmed. Just to the point where we stretch ourselves into new and untried realms. Perhaps you can change up your routine, take a walk down a different path, look at things through a different lens, or from a new perspective. Even small changes can have a remarkable impact on our minds. Doing things differently, learning a new skill, adding a new routine, engaging in activities that tweak our lives with small improvements. Or activities that challenge our brains to create whole new pathways… all of these can color the way we see the world.

If we don’t make room ourselves, the universe may step in to do it for us, removing the obstacles that prevent us from growing and evolving. Doing so at this time while the Jupiter/Uranus trine is strong and we are approaching the Eclipse on the 26th, can bring a fresh and exciting new perspective. It can open us up to learning new things, open up creative channels, and open ourselves up to knowledge, invention and ingenuity. It can also allow us to either solve an existing problem, or relieve ourselves of some burden that we’ve been carrying. Some of the keywords for Jupiter/Uranus cycles are freedom, innovation, and ingenuity.

Jupiter/Uranus bring us the freedom to explore new avenues, new possibilities, a new project, a new adventure. The freedom to test your wings and branch out in a new direction, or merely be fascinated by revelation and the changes in perspective that it can bring. By challenging yourself to see things through a new and more progressive lens, you then allow all sorts of changes to evolve. As a result it may even happen that in some area of your life, you will never be able to see things quite the same again.

This Jupiter/Uranus trine is a welcome way to close out the year and the decade. Especially when confronted with the Saturn/Pluto conjunction at the beginning of the new year. The Saturn/Pluto conjunction, which occurs approximately every 35-38 years (the last conjunction occurred in 1982), is a harbinger of dramatic endings and beginnings. Venus is currently running the Saturn/Pluto gauntlet in Capricorn. If we give in to our fears, we will be asking ourselves: Will I have enough? Will I survive? What do I need to do to survive? This can even devolve into a more cut-throat survival mode. On the other hand, confident Venus in Capricorn recognizes her roles as the responsible custodian. So it does not come as a surprise that climate activist and Capricorn, Greta Thunberg was just named Person of the Year, by Time Magazine. Our Capricorns (and those of the Uranus/Neptune in Capricorn generation of 1988-93) are coming of age and taking the helm, the leaders of the new age to become.

For the past 10 years, Pluto in Capricorn has been gradually revealing the decaying structures and foundations of our lives. This can be a literal foundation, such as the roads and highways, bridges, buildings, institutions, governments and even the earth. We also create personal foundations in our lives that we rely on for our sense of identity and security. Habits, routines, associations, even beliefs that may have served a purpose at one time. When these become either too rigid or confining, outmoded or irrelevant, or unsustainable; it’s time to create new and improved structures that are more sustainable, and which allow us to grow and evolve.

The old guard will not go out willingly. They will cling for their own survival. This will become even more evident in January with the Lunar Eclipse and the conjunction January 10-12th. More to come. We are about to enter Eclipse season. And this could be interesting times. In the mean time we have the Jupiter/Uranus trine opening up the way towards the fulfillment of our dreams. All we have to do is take advantage of the opportunity when it arrives.

We have 1520 guests and no members online