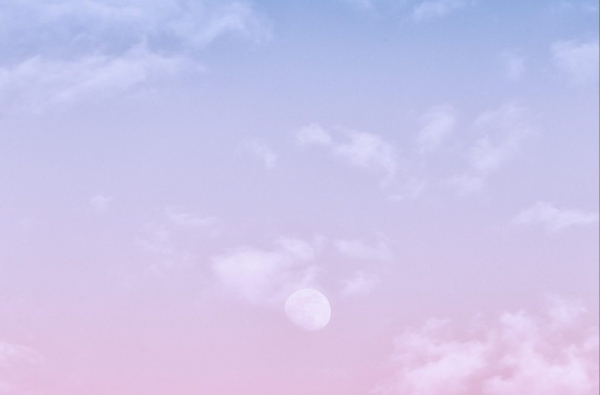 No one can tell for sure where the ‘Writing about music is like dancing about architecture’ quote originates from (apparently, neither Frank Zappa nor Elvis Costello ever uttered such words), but right now, it doesn’t matter. Take in the paradox. Imagine the most outlandish, chaotic, bizarre oxymoron your mind can envision, polar opposites crashing and rippling into one another. Like bulletproof crystal, like writing on the waters.

Like keraunoparalysis — a term that signifies a transient paralysis of the limbs following the shock of a lightning strike.

Such is the energy of the Full Moon in Taurus, occurring on October 31, 2020 at 2:49 PM UTC, 8°38 degrees into the sign of the Bull. Not because it’s a so-called “Blue Moon” (that simply means it’s the second Full Moon in a calendar month, an arbitrary unit of time that, unlike lunations, is a human invention), and not really because it peaks on Samhain (which is only significant for the part of the population that, well, celebrates Samhain), but because of the weird, uncanny concoction of cosmic forces at play.

For one, the Moon loves to be in Taurus. The connection between the Moon and the human body is not as emphasized in modern Astrology as it was in ancient traditions, but it’s there. The Moon is our vessel. The Moon is birth and decay and death, and everything that is subjected to the fundamental processes of the physical world.

Sensuous and sensory, Taurus is the sign where the Moon is exalted.

Normally, the Moon growing into fullness in Taurus would indicate that something physical, tangible is about to culminate in our lives — something that we can smell, see and touch. Something that, indeed, enhances our sense of security, brings more stability, or cements what was previously a mere possibility, turning it into certainty.

Except, maybe, when Uranus is involved.

Uranus, agitator extraordinaire, master of mischief, contrarian, has its Lichtenberg figure-like fingerprints all over October’s Full Moon in Taurus. Sitting right on top of the Moon, from which it’s separated by a few minutes of arc, Retrograde Uranus infuses this plenilune with its erratic, disruptive energy.

If Taurus is substantial, Uranus is a shockwave. If the exalted Moon in Taurus revels in the earthly carnality of her Venusian alcove, Uranus is the unforeseen strike of lightning that irradiates the sky, melts the steel and petrifies the limbs.

This Full Moon will shed light on things coming to a head in regards to resources, pleasure, desire and self-sufficiency, but perhaps the light will flicker. Or unexpected details might emerge from the shadows, entering the spotlight. Or the rug could be pulled from beneath our feet before we can adjust to a newfound sense of stability.

Venus, ruler of the Full Moon in Taurus, is currently powerful in the sign of Libra (also the sign of her domicile), albeit in aversion to the Full Moon itself and involved in an awkward opposition to Retrograde Chiron in Aries. While we could be tempted to resort to connectedness and diplomacy to grapple with the wildcard energy of this Full Moon, the opposition to Chiron in Aries indicates a burning sense of urgency, a primal woundedness that cannot be ignored, and, ultimately, to bear witness to our own discomfort instead of trying to mediate it away.

Finding balance through asymmetry — this too, is yet another odd, but ultimately necessary contradiction that fits this Full Moon seamlessly.