How To Protect Your Energy From Other People

What is Really Making You Angry? 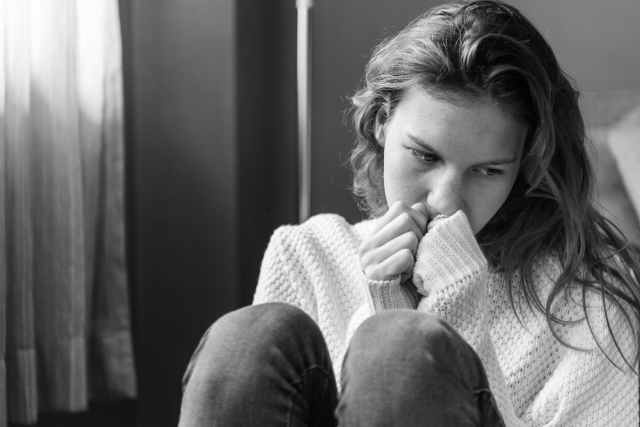 Have you found yourself suffering more with angry emotional reactions lately than what is usual? Have you ever wondered why?

Following on from my last post about the shadow side, today I want to discuss another way in which the shadow may be experienced: through anger.

The reason this is an important issue to address is because anger is especially damaging to the body. Anger stresses the adrenals, causes stomach problems, and weakens the heart area. in fact, just one minute of anger can suppress the immune system for five hours.

In current times it seems anger is being purposely stimulated amongst the masses, which is not good for the Empaths.

All around the world we see people getting angry or hateful over ‘local or global affairs.’ There is so much fury being projected on to issues presented online that it makes you question: are people really so angry with these issues or is it something else? Something deeper that has been suppressed that is trying to draw their attention?

An Empath will always be affected by the anger in others; but they also have their own to deal with. However, because they know the damage anger can do, when projected on to others, it is often suppressed. Which rarely leads to anything good.

The above statement is so true. We are rarely infuriated by what we think. We are simply projecting our pain when triggered.

When we project our pain on to external factors, instead of looking inwards to find and fix what needs fixing, we don’t uncover the real roots of our anger.

How Do We Uncover What is Really Making Us Angry?

An unhealed Empath, who has spent years stuffing down emotions, can find offence in pretty much everything. In these times, however, everything is rising to the surface. As noted many times in other posts, imbalances in hormones, due to the diet and environmental factors, plays a huge part in emotional reactions (read more here), but they mostly have to do with our past.

In life we often have to go backwards to go forwards. What I mean by this is we have to visit the origins of the wounds from our past before we can move away from them.

If, for example, anger is triggered in the present by someone expressing their beliefs, the question has to be asked: Why are their opinions striking a chord?

Could it be related to a buried memory from childhood? Maybe a memory of being told you were wrong? Or perhaps being told you were not good enough? Perhaps regularly? Or it could be that you just want to express yourself without someone jumping in to say that your opinions are unfounded, or liken your ideas to a conspiracy theory (yes, that has happened to me before).

Anger projected into the present is likely to have originated from a past issue, often made much worse by hormone imbalances (read more here ), but it will usually be disguised as anger towards something else.

The ego is often blamed for certain ‘toxic feelings.’ And yes, the ego likes to dominate, it likes to be right and is also easily bruised. But an inflated ego is not always the precursor to anger within an Empath, it is more likely to be the wounds of the shadow.

The shadow holds the unresolved issues, emotional pain and insecurities that affect our behaviour and outlook on life. It also likes to trigger anger. That said, sometimes experiencing dark emotions is not always a bad thing.

Can Positive Situations Come from Anger?

There are times when anger and rage can propel us to make changes in life, pushing us onwards and upwards. It can also help us address that which needs addressing. However, when it is anger outbursts or silent anger, that quietly lingers in the shadows without serving any purpose except stress, then it is a problem!

Do we really want to punish our self for someone else’s opinion or mistake? Because that’s what we do when we host or suppress the emotion of anger.

People will always disagree. It doesn’t mean one is right and the other is wrong. There is just a difference of opinion. We do not need to convince anyone of anything. If someone is not ready to hear our opinion it is not our job to force it upon them. In fact, some people will never hear what we have to say, no matter how much truth is in our words, and that’s ok.

So, how do we tackle the anger or uncomfortable feelings that arise?

Firstly, do not suppress anger. But also, don’t take it out on others.

Many years ago, I read Louise Hay’s recommendation of using a pillow to release anger. Simply take a nice fluffy pillow and, when no one is around, beat it up. It does help.

Secondly, get familiar with the triggers:

To find out where your anger stems from, question yourself. Who are you really angry with? When you ask this question, a picture of someone will quickly come to mind often alongside an uncomfortable memory or feeling.

Do you really want that person or persons to continue to hurt you today? If the answer is no, it’s time to stop or release the anger reaction. Breathe through it or just pause and allow it to pass.

As I said, anger is hugely detrimental to health, as is any of the other stressed/pained emotions.

I realize that switching off emotions is a lot harder than just turning off a light switch. There are several other factors we have to consider. For example, have we become addicted to the hormones these emotions produce (read this post to uncover if you have a negativity addiction)? or are we unable to let go of the pain because it has become part of our identity? But understanding the cause helps in reducing the reactions.

The long-term goal is to stop feeding the shadow when it ignites an anger response. But recognizing that it is the shadow at work is halfway to making this realization.

When healed, we come to understand that what others say, think or do is more a reflection of them and not us. But until we get to this place, using grounding techniques, such as those I discuss here, will help reduce anger or prevent other emotional reactions, and a pillow is always there for those darker days.

These journeys, we are each experiencing, have been designed especially for us. The beliefs we have and the problems we face are ours to overcome. The same can be said for everyone out there. By allowing others to have their own opinion, by walking away from fights that will never be resolved, or from the people who take pleasure in putting others down, it is not only liberating but also healing. And addressing the truth behind anger goes a long way towards its release.

We have 1585 guests and no members online