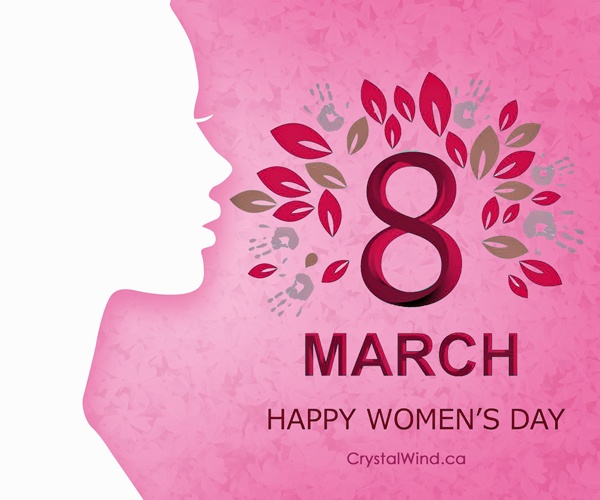 … In different regions the focus of the celebrations ranges from general celebration of respect, appreciation and love towards women to a celebration for women's economic, political, and social achievements. Started as a Socialist political event, the holiday blended in the culture of many countries, primarily in Europe, including Russia. In some regions, the day lost its political flavor, and became simply an occasion for men to express their love for women in a way somewhat similar to a mixture of Mother’s Day and Valentine’s Day. In other regions, however, the political and human rights theme designated by the United Nations runs strong, and political and social awareness of the struggles of women worldwide are brought out and examined in a hopeful manner. This is a day which some people celebrate by wearing purple ribbons.

The earliest Women’s Day observances were held on many different dates: May 3, 1908, in Chicago; February 28th, 1909, in New York; and February 27, 1910, in New York.... In August 1910, an International Women's Conference was organized to precede the general meeting of the Socialist Second International in Copenhagen…Inspired in part by the American socialists, German Socialist Luise Zietz proposed the establishment of an annual 'International Woman's Day' … Delegates (100 women from 17 countries) agreed with the idea as a strategy to promote equal rights, including suffrage, for women.

The following year, on March 19, 1911, IWD was marked for the first time, by over a million people in Austria, Denmark, Germany and Switzerland. In the Austro-Hungarian Empire alone, there were 300 demonstrations. In Vienna, women paraded on the Ringstrasse and carried banners honouring the martyrs of the Paris Commune. Women demanded that women be given the right to vote and to hold public office. They also protested against employment sex discrimination. Americans continued to celebrate National Women's Day on the last Sunday in February.

It spread to Russia in 1913, and in 1914 it was held internationally on March 8, which was the first year when that day became the day when it would be observed globally. It seems a lot of things broke loose in 1917!

In 1917 demonstrations marking International Women's Day in Saint Petersburg on the last Sunday in February…initiated the February Revolution, Women in Saint Petersburg went on strike that day for “Bread and Peace" - demanding the end of World War I and an end to Russian food shortages. Leon Trotsky wrote, "23 February (8th March) was International Woman’s Day and meetings and actions were foreseen. But we did not imagine that this ‘Women’s Day’ would inaugurate the revolution. Revolutionary actions were foreseen but without date. But in morning, despite the orders to the contrary, textile workers left their work in several factories and sent delegates to ask for support of the strike… which led to mass strike... all went out into the streets."

From its official adoption in Russia following the Soviet Revolution in 1917 the holiday was predominantly celebrated in communist and socialist countries. It was celebrated by the communists in China from 1922, and by Spanish communists from 1936. After the founding of the People's Republic of China on October 1, 1949 the state council proclaimed on December 23 that March 8 would be made an official holiday with women in China given a half-day off.

In the West, International Women's Day was first observed as a popular event after 1977 when the United Nations General Assembly invited member states to proclaim March 8 as the UN Day for women’s rights and world peace. 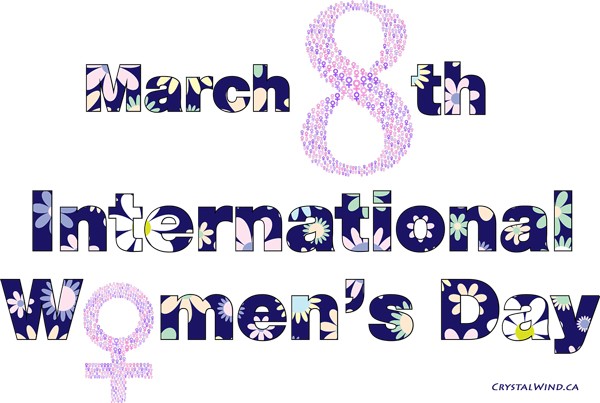 Thanks to friend of the site Alexei for this link “We mustn’t forget the revolutionary roots of International Women’s Day” Please take some time to read it, since it’s the story of some really tough and inspired women who dared to speak truth to power.

And I can’t help but note it was originally about worker’s rights, something that’s not much in vogue these days. Funny how the candy/sugar and florist industries have co-opted days dedicated to workers’ rights and anti-war themes. I mean, (all sarcasm intended!) we all know that women would rather have candy and flowers and go shopping than equal rights and equal pay for equal work. Right? We still have a long way to go....

So on this day, take a moment to remember your grandmothers, great-grandmothers, and great-great-grandmothers who dared to claim the right to be respected for their work. More than a few took a beating (or worse) for their efforts. So here’s a huge thanks with much appreciation to those brave women who “forged International Women’s Day (IWD) in the midst of fire, bloody strikes, starving workers and revolution.”

Here’s some amazing footage that seems perfect for this commemoration. The revolution continues! "(I Can't Keep) Quiet”

As per the title, tomorrow, March 9 is the anniversary of “An Appeal for Human Rights," published on March 9, 1960. It announced the formation of the Atlanta Student Movement, whose campaign of civil disobedience broke a suffocating stalemate over civil rights in Atlanta and hastened the end of racist Jim Crow laws and policies across the region. Seems Atlanta has been at the forefront for a long time, and of course, the struggle goes on.

We have 1755 guests and no members online