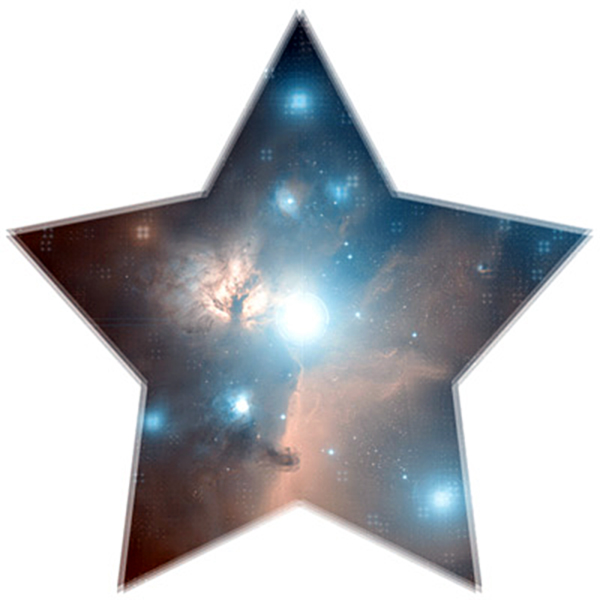 Mintakans come from the star system of Mintaka, located in the constellation of Orion in its belt. Many Mintakans intuitively look to the Orion because of this. Their home star had multiple suns, so it was always bright and warm.

It was a beautiful star of water, where the water was so clear that you could see miles away through it. I have the feeling they were living in the water like dolphins. I know there are many people who feel close to dolphins, and I wonder if they are Mintakans — I don’t know until I read their Akashic Records. I do know, however, Mintakans are large group among the starseeds.

Mintakans see the world with their optimistic and idealistic eyes. Even when the going gets tough, Mintakans don’t stay distressed too long. Soon, they start thinking, “Okay, what can I learn from this?” rather than carrying their anger or sorrow. They always see the glass half full. This is wonderful — the world benefits from Mintakans’ positive attitude.

I don’t know, however, if Mintakans have a common ideal or vision they are working on as a group. To me, they seem to be just moving forward with their cheerleader-like attitude without the clear vision of where they are going.

On the personal level, Mintakans do have a common dream. I call it the Mintakan dream of working from home. Mintakans love their home. This is because their home star is no longer inhabitable and they cannot go home. Mintakans feel this loss on the deep level and have this unexplainable “homesickness” even when they are right at their earthly home. Many Mintakans become nesters, decorating their home beautifully, to ease this strange longing of true home. And they love staying at their beautiful home. To the point they want to work from there.

The best gift Mintakans bring to this world is their never-ending cheerfulness and positivity. Mintakans are willing to see the good in everyone, and give second, or third, or fourth chance to others. Mintakans are friendly and happy to help others. My advice to Mintakans is to keep the positive cheer while paying due attention to whom they are giving energy to. (Remember the discussion of darkworkers?)

Another unique gift Mintakans have is the non-linear way they approach to life. Most of us are linear in our thinking — we tend to think one thing happens after another, and another, in a linear manner. So we approach life in a linear way, doing one thing, completing it before we start another.

Not with Mintakans. Mintakans do one thing, and before they complete it, move on to another, and then to the third, come back to the second project . . . and it all makes sense in them. Mintakans typically have many hobbies and totally enjoy dipping their hands in many things. This is how Mintakans are developing spiritually.

We can learn this approach from Mintakans. At the same time, Mintakans might want to show some consistency in their way of doing things when other people are involved because they have a hard time understanding what is going on. (“Where are we going for vacation? I thought you wanted to go to Hawaii. Now you want to go to Disneyland? I’m okay either way, but . . .”)

Oh, speaking of vacation, being close to very clear water is deeply nurturing for Mintakans because it reminds them of their home star. They might even want to live near the clear water.

Mintakans are happy chatty type and easy to get along. It doesn’t take long to get to know Mintakans. In fact, I’m surprised how open and outspoken some Mintakans are. These are the ones who start telling me their love and sex life within ten minutes of the phone session. Mintakans talk (or even write) with lots of “!!!”

So Mintakans have many friends. But what about romantic relationship? I think the key challenge in Mintakan romance is to find a quality date — which is a challenge indeed when they have so many friends and constantly distracted with so many interests. As I review my clients files, I see some are happily married, some dating on and off, and some single. I honestly don’t see particular pattern here.

Mintakans’ Challenges in Career and Finance

Again, Mintakan dream is to work from home, which often means starting their own business. (Hope they enjoy my eBook on self-employment.) This yearning seems to get only stronger as they get older.

Finance — I’m not so sure if Mintakans care about financial management. I’m not saying they cannot do it. Some of my clients are in management positions and I guess they are good at what they do, including managing money. Deep down, however, I have the feeling Mintakans enjoy spending big time.

Mintakans have a wonderful way of lightening up people, and this world. They are well aligned with Divine Light. I guess Mintakans are great networkers among Lightworkers, supporting Ascension is a grass-root manner.