The New Moon In Aquarius And Uranus Stations Direct

The New Moon In Aquarius And Uranus Stations Direct 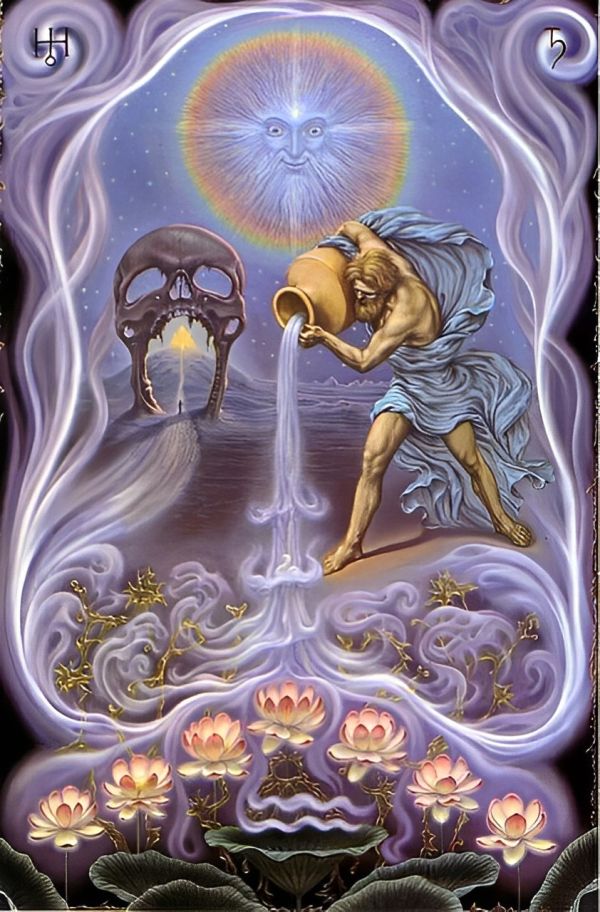 Understand that the right to choose your own path is a sacred privilege. Use it. Dwell in possibility. ~ Oprah Winfrey

The New Moon in Aquarius at 1º Aquarius 33’ on January 21st, is a Super Moon, which is ushering in a period of forward momentum. Super Moons occur when the New or Full Moon is also at its closest point to the Earth in its orbit. We have 3 Super New Moons this year. The closest will be the New Moon in Pisces on February 20th. We cannot see the New Moon, but if we were able to see it, it would appear to be larger than usual. It is said that these Super Moons not only have an effect on the tides of the seas, but seem to have an enhanced effect on the affairs of humankind as well.

For the past 2 years that the planet Saturn has been in Aquarius, it has been setting the stage for the ingress of Pluto into Aquarius this coming March. Pluto, the planet of transformation, will initially enter Aquarius for the first time right after the Equinox. But even now, at the very last degrees of Capricorn, the New Moon at just 1º of Aquarius will be within a few degrees of Pluto. So if your life is feeling a little extreme lately, or you feel as if you are on the verge of major transformative changes in your life, you are not alone. By meeting Pluto only half way, major transformations and insights can be had within the aegis of the New Moon.

Aquarius is traditionally ruled by Saturn, which is currently still transiting in its own sign of Aquarius. There is general agreement among a number of astrologers that the modern planet Uranus co-rules Aquarius as well. And just one day after the New Moon, Uranus stations for its apparent direct motion. Whenever planets station they are felt more acutely. With Uranus these stations can be accompanied by sudden and acute events that startle us into awareness. Chaotic and unexpected, Uranus also has domain over air/space travel, electricity, lightning-like weather events, and cutting edge technology. This is a planet strongly tied to the future.

For the 5 months that Uranus has been in its retrograde phase, creative ideas and urgent pleas for change have been percolating on the back burner of our lives. Within this period of time we’ve been setting the tableau, while internally adjusting to any changes already made, or those that we’ve been planning. We have also been made more acutely aware of where and how we have been limited in our growth and freedom of expression. Some may have become aware of the necessity for change through a series of unexpected surprises, twists and turns. With the current direct station of Uranus, launched by the New Moon in Aquarius, we are being given the green light to now put our creative ideas and potential changes into application.

Once Uranus makes its station on Tuesday, all the planets will be in apparent direct motion at once. This year this period of forward momentum lasts until Mercury stations for its next retrograde phase on April 21st. A full 3 months. Even though retrogrades are only apparent, and not actual they do cause some energetic shifts that can create lags, detours and delays. It will take some time for the recently stationed planets, Mercury, Mars and Uranus, to resume normal speed again, but having this totality of direct motion could be quite useful in our lives.

New Moons are traditionally a time of new beginnings. And this New Moon is even more fully invested in moving forward because of all of these simultaneous planetary events. And just to add a little fertilizer to the mix, any new beginnings, plans, or initiatives begun with the New Moon is being given an extra boost of confidence from Jupiter in Aries, inciting us to action.

Now that Mars, the ruling planet of Aries, is resuming its apparent direct motion, Jupiter will be urging us to get going with vim, vigor and enthusiasm. And what better time to launch any new initiatives than with a Super New Moon fully invested by both abundant Jupiter and powerful Pluto?

The sign of Aquarius is a sign of ideology, unique independence, and a firm determination to follow a path based on one’s own ideals. Even if that means having to readjust the rules a bit in order to do so. We often think of the sign of Aquarius, and its ruling planet Uranus, as portents of a New Age glittering with crystals and humanitarian ideals. But also ruled by traditional Saturn, Aquarius can also be a very conservative sign, with its own stringent ideology.

One thing is sure: Aquarius is a sign of authenticity, where we are asked to uphold our own unique brand whatever that may be. And with Uranus currently stationing simultaneously with the New Moon, we’re all being asked to honor that which is special and unique about each and every one of us.

Today is the first day of the rest of our lives, may we choose to live it truly and authentically.

Some possible intentions or affirmations for the New Moon in Aquarius might be:

The Aquarius New Moon corresponds with the celebration of the Chinese Lunar New Year. According to the Chinese Astrological Pantheon, we are entering the year of the kind and gentle Water Rabbit, which commences on January 22nd, and culminates with the lantern festival at the Full Moon on February 5th. Rabbit years are said to bring us greater peace and harmony, and may it be so! May all our good wishes at this glorious New Moon be in service to those ends.