Harry Edwards was born in London in 1893. One of nine children, his father was a printer and his mother had originally been a dressmaker. As a young man, Harry entered a seven-year printing apprenticeship and also became interested in politics - an interest that was to stay with him for many years.

Following the completion of his apprenticeship in 1914, he enlisted in the Royal Sussex Regiment in order to serve his country during the First World War. He was commissioned in the field, achieving the rank of Captain, and was sent to Persia (now Iraq) to take charge of scores of local labourers who were tasked to build a link between two sections of the Baghdad to Mosul Railway.

Injuries and illness led to many of the locals coming to him for medical treatment, despite the fact that Harry had only the barest essentials with which to treat them. Nevertheless, the recovery rate was remarkable and word soon spread of his healing powers.

In 1921, he returned home to England, marrying Phyllis, whom he had met when both families lived in Balham. They opened a stationer's shop and printing works in Balham, and in the meantime his long-held interest in politics led him to stand for parliamentary and council seats on several occasions over the next few years.

Harry came from a Church of England background and had been rather sceptical of spiritualist claims. However, in 1936 he was led to an ‘open circle’ which caused him to reconsider his views and, ultimately, to become a medium himself. Other mediums with whom he came into contact convinced Harry that he was a healer, and he was encouraged to intercede on behalf of a person dying from tuberculosis, who subsequently made an excellent recovery! His next patient was a person suffering from terminal cancer, but who - following Harry Edwards’ help - soon became well enough to return to work. Many similar cases followed and, as media interest increased, Harry’s reputation - and that of Spiritual Healing in general - soared. Harry Edwards’ healing work now became a major part of his life and threatened his ability to continue running his printing business. He healed on evenings and weekends, queues forming at his house and an increasing number of healing requests and progress reports arriving by mail.

With the outbreak of the Second World War, Harry joined the Home Guard, providing healing to members of the Armed Forces and even his own son. His healing endeavours continued, despite the bombing of his house and the subsequent loss of all of his distant healing patients’ records. Following a move to Stoneleigh shortly after the war, he began to use the front room of his house as a healing sanctuary. Hearing of his new location, his distant healing patients re-established contact, having continued to benefit from distant healing in the meantime. Harry continued to commute to his business in Balham, but by 1946 his healing work was by far the larger part of his life. His brother took on the printing business and Harry, with the support of one of his sisters and her husband, purchased Burrows Lea, a large house in Shere set in several acres of beautiful gardens and woodland. He moved in along with his wife and children, one sister and her husband. Part of the ground floor became offices, and the former billiard room was extended and turned into his Healing Sanctuary.

Before long, there were a large number of typists employed to help respond to the many letters requesting distant healing and other local people also helped with both healing and administration, managing the estate and driving Harry Edwards to and from his many appointments throughout the country/

At the height of Harry Edwards’ ministry, he was receiving over 10,000 letters per week. In 1948 he conducted a healing demonstration in Manchester, which was attended by 6,000 people. This was only one of many similar demonstrations conducted in venues from Newcastle to Amsterdam at which he rolled up his sleeves and, with his characteristic humour and humility, brought healing to people of all ages and backgrounds. Indeed, a number of celebrities received healing and testified publicly to its effectiveness. One of his most famous appearances was in September 1951 at the Royal Festival Hall in London, where he demonstrated the effectiveness of Spiritual Healing before a packed auditorium.

Of course, the Church and Medical establishments had become aware of the increasing popularity of Spiritual Healing and publicly disapproved of it. This was despite the fact that many individual priests and doctors were themselves healers or were willing to accept the overwhelming evidence of the efficacy of spiritual healing as practised by Harry Edwards and many others. In 1953, an ‘Archbishops’ Commission on Divine Healing’ was created to investigate the whole subject and, in 1954, Harry addressed the Commission having provided documentary evidence of a number of cases (with the subjects’ full permission and co-operation) for it to examine in detail. Whilst the clergy and medical profession deliberated, he held a public demonstration in front of 6,000 people (including several members of the Commission) at the Albert Hall to launch the 10 o’clock Healing Minute (which is still observed by thousands of people the world over).

The eventual publication of the Commission’s report, however, brought the news that neither the church nor the medical profession would admit that any other agency could achieve successful healings. The mass of evidence contrary to this view was ignored by the report, which explained away many healings as ‘being outside the scope of the investigation.’ Astonishingly, Harry Edwards was never even sent a copy of the medical assessments for the cases he had submitted. Despite this apparent set-back, however, the reputation of Harry Edwards and Spiritual Healing in general continued to grow and, to this day, vast numbers of people from all over the world continue to contact the Sanctuary that he founded, benefiting from the healing help given.

Harry Edwards passed into Spirit in 1976, but the Sanctuary that he founded, and which he established as a registered Charity in 1966, carries on, continuing his legacy and bringing healing to thousands all over the world.

For more in-depth information about Harry Edwards, Ramus Branch's superb biography of the great man is highly recommended. You'll find it and many of Harry Edwards' own books on Spiritual Healing in the Sanctuary Shop! 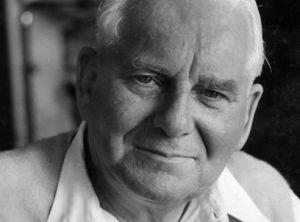 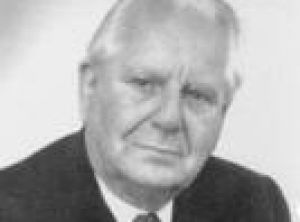 Who was Harry Edwards? There is probably no spiritual healer who treated a higher number of people than Harry Edwards. Initially a printer with political ambitions, he visited a spiritualist meeting...