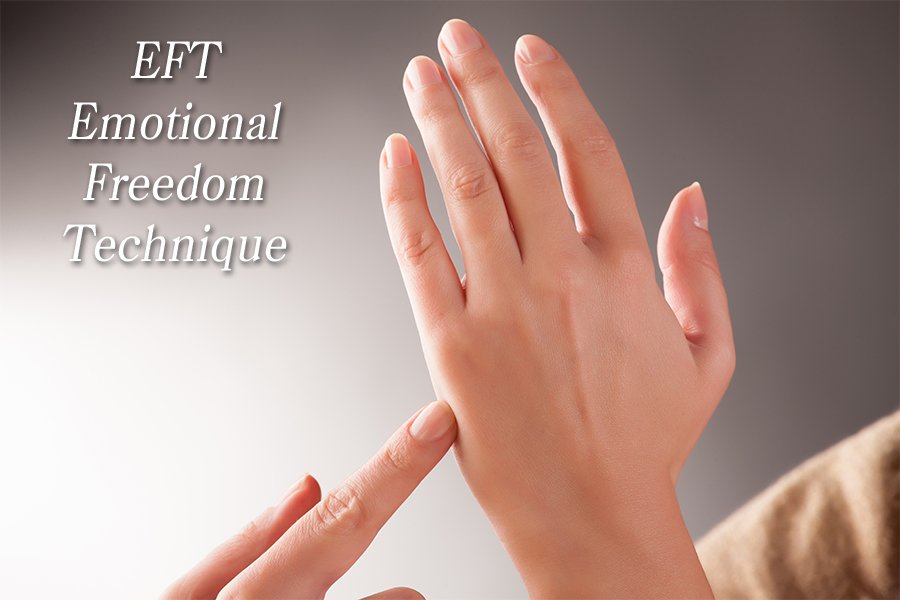 Emotional Freedom Techniques (EFT) is a form of counseling intervention that draws on various theories of alternative medicine including acupuncture, neuro-linguistic programming, energy medicine, and Thought Field Therapy. It is best known through Gary Craig's EFT Handbook, published in the late 1990s, and related books and workshops by a variety of teachers. During a typical EFT session, the person will focus on a specific issue while tapping on "end points of the body's energy meridians". Practitioners claim that they can use the technique to treat a wide variety of physical and psychological disorders, and that it may also be used as a simple form of self administered therapy.

The available evidence from studies done on EFT have shown that while there may be small effects from use of this technique, they are likely due to well recognized conventional psychological techniques often used with the tapping, rather than the purported "energy" mechanisms. This technique is generally characterized as pseudoscience and has not garnered significant support in clinical psychology.

What is the Fight-Flight-Freeze-Fawn Stress Response 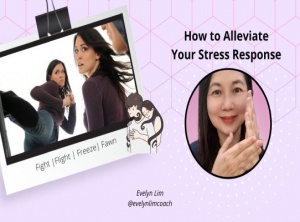 Most of us have heard about the fight, flight and flee response to stress. But what about the fawn response? Well, let’s put them altogether so that we can understand the different responses in the face of stress.  Read more 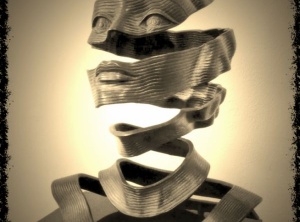 Ever been in an argument? I’m sure we all have! Whether it is an intellectual debate, an outburst of road rage or a violent, bitter and long lasting family feud – the one common factor is our righteousness. Read more

EFT Tapping: Raise Your Energy Levels in the Morning 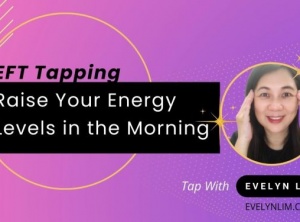 Do you sometimes wake up feeling tired but you’d really like to feel more energized and be in a better state of mind than yesterday? Read more

EFT Tapping: Release Stress from The Rise in Cost of Living 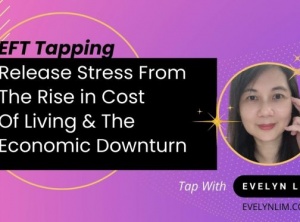 Feeling the pinch lately? Noticed that food and oil prices have been rising? Feeling uneasy, tensed and concerned about the economy and its impact on the value of your money? Read more

EFT Tapping: How to Heal Your Invisible Childhood Wounds 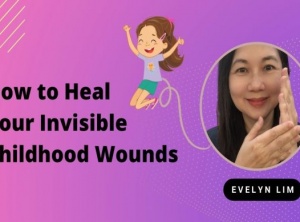 We may not realise at first that we have been carrying childhood wounds, so any talk about healing will be considered moot. Childhood wounds are, after all, invisible to us. Read more

EFT Tapping: Heal from the Inside-Out 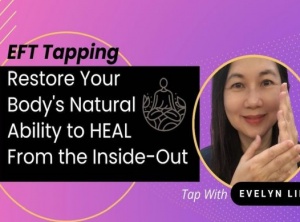 What does it mean to heal from the inside-out? Well, according to naturopathic doctors, the symptoms that we see on the outside is a manifestation of what is going on from the inside. Symptoms are often the body’s way of signalling to us that something... Read more 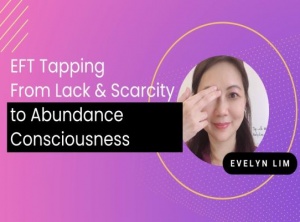 Tend to have a lack mentality? Does your mind focus on scarcity and “not having enough”? Read more

How To Tap into Your Body Wisdom for Healing Money Wounds 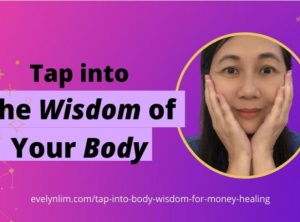 Tapping into the wisdom of our bodies is the art of paying attention to the information offered by our physical bodies and releasing stuck energies that are trapped.  When we pay close attention to our physical sensations in the face of money matters, we... Read more 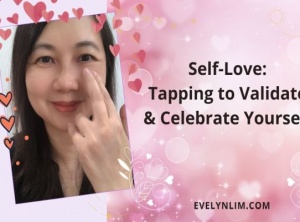 Many of us find it easy to celebrate the successes of others but when it comes to validating our wins or acknowledging our accomplishments, we tend to downplay ourselves. Would this be true for you? Read more 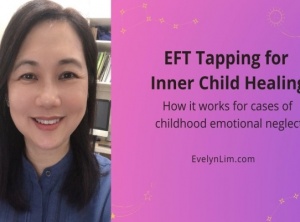 Women often approach me for help to deal with their stress. Their stress can be anything from dealing with a money or work-related challenge, relationship problems, not feeling “good enough”, low self-love to anxiety issues. They would have been holding on to anger, worry, insecurity and... Read more 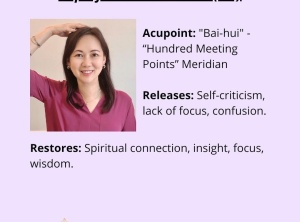 EFT Tapping: Why Focus and Tap Through Your Negative Feeling… 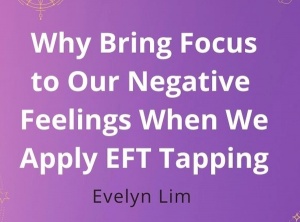 I’d like to address the very common concern about tapping through negative feelings while using EFT tapping.  Recently someone who has viewed my EFT tapping videos wrote to me and shared that she did not enjoy the experience of tapping her negative feelings. If she has a... Read more 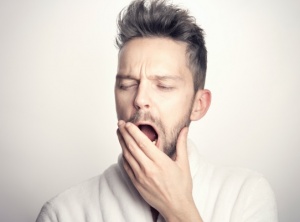 This script is for when you are having trouble sleeping — getting to or staying asleep. Note: You can use the EFT, Chakra Tapping, or Alternate Temple Tapping points — whatever you choose. You can find how to tap using all of those methods in... Read more

How to Turn Anxiety Attacks into Calmness with EFT Tapping 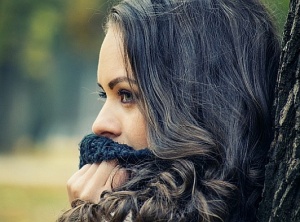 Do you suffer from bad anxiety attacks? How can you tell that your anxiety levels are even high in the first place when being nervous or feeling worried is something that any person would “normally” experience?What are the signs and symptoms of heightened anxiety? Read more 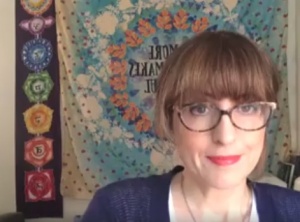 When life gets tough and you need to recharge hope and boost your self-healing, this EFT Tapping practice can help. Together, we tap through stressful emotions related to general fear and anxiety, family, finances, and politics. First, we tune into the energy of hopeless... Read more

Fear of Flying ~ Relieved or Cured with EFT (Tapping) 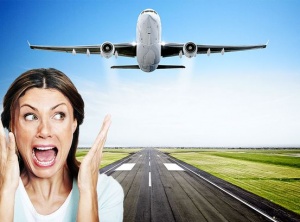 ear of flying whether real or imagined is debilitating. I do a lot of traveling every year and much of that travel is by plane. I fly a lot and for me, it’s fun. But for many people, flying creates a lot of stress, fear,... Read more

Did You See The Latest Cover Of Time Magazine? 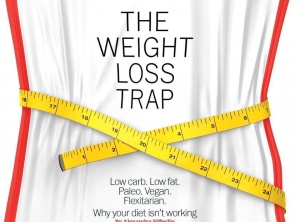 I was pleasantly surprised (because it’s a topic we’re talking about right now in our emails) when the mail arrived today with my weekly issue of TIME Magazine and the cover stated: THE WEIGHT LOSS TRAP Low carb. Low fat.  Paleo. Vegan.  Flexitarian.   Why your diet isn’t working By... Read more

Opinion ~ The Internal Disaster of Other Peoples Opinion 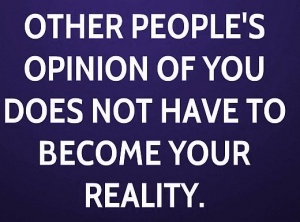 Damn OPO! (other peoples opinion) Opinion, just how important is another persons’ opinion of you?  Have you thought about how much importance you put to their opinions?  Whether it’s what we consider to be a good opinion, or a bad opinion, it really doesn’t matter. What... Read more

Tapping Affects the Energy Flow Throughout the body ~ How it… 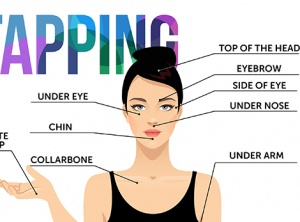 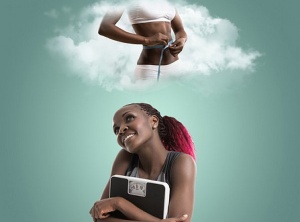 The main concern I hear about especially at this time of year, is weight.  I released this video awhile ago, but I want to re-introduce it to you now so you can ease up, relax and really enjoy yourself this season.  You'll start the new year off with a whole new love... Read more 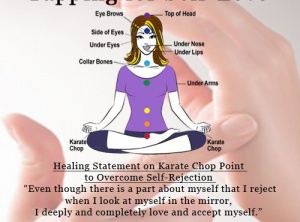 “The greatest trap in our life is not success, popularity or power but self-rejection.” Henri Nouwen, Catholic priest, professor, writer and theologian. Are there parts about yourself that you reject? When you look at yourself in the mirror, do you find it hard to get past your... Read more

Let's Tap: The Law of Attraction ~ Is it Real and How is it … 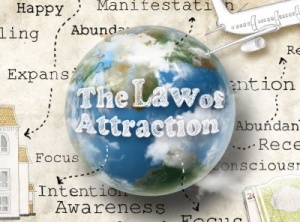 Law of Attraction and the idea that if you change your thoughts you change your reality has exploded, ever since the movie The Secret came out.  Many of us really dug in and learned how the universal laws worked and how we are an integral part... Read more 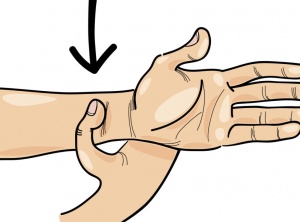 By physically using your fingers to tap certain energy points on your body, you can alleviate emotional distress, ease pain and possibly even lose weight. Tapping is an easy, self-help technique that you can do almost anywhere when you are having a moment of anxiety... Read more 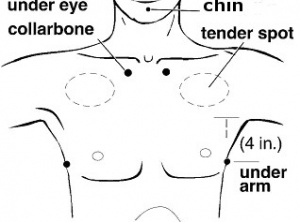 Based on the ancient principles of acupuncture, "Emotional Freedom Technique" , or EFT is a simple tapping procedure that gently realigns the body’s energy system, without the use of needles. I teach EFT to my clients as a "do it yourself" Acupuncture. The founder of... Read more

We have 1840 guests and no members online

Promote your Page too