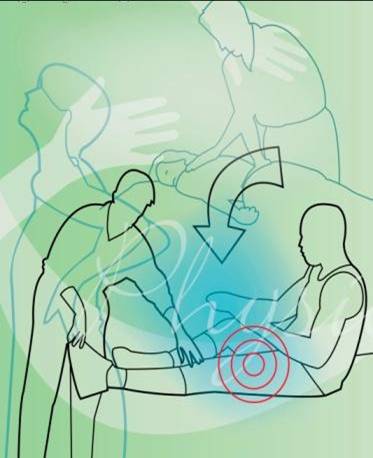 Osteopathy is based on the belief that most diseases are related to problems in the musculoskeletal system and that structure and function of the body are inseparable.

The musculoskeletal system is comprised of the nerves, muscles, and bones—all of which are interconnected and form the body's structure.

The history of osteopathy

Osteopathy was founded in 1874 by Andrew Taylor Still. Still was a Missouri physician who had become frustrated with what he viewed to be the ineffective and hazardous nature of remedies at that time. He believed that the doctor's role in combating disease was to restore proper musculoskeletal function to the body. Despite mainstream opposition, Still founded the American School of Osteopathy in Missouri in 1892. The school taught manual manipulation, nutrition, and lifestyle modifications rather than surgery and drug therapies.

In 1896, Vermont became the first state to license DOs and the American Osteopathic Association was formed in 1901 to regulate the profession. Even with these important milestones, those in conventional medicine continued to disapprove of osteopathy until 1962 when DOs had full practice rights in all 50 states. By 1973, the California Medical Association invited DOs to join and become voting members.

Today, doctors of osteopathy (D.O.s) receive the same basic training as medical doctors (M.D.s), and D.O.s also learn manipulation therapies (hands-on adjustments of muscles, bones, and ligaments) and use these in addition to more conventional medical treatments. Most D.O.s are primary care practitioners, specializing in family medicine, internal medicine, obstetrics/gynecology, or pediatrics. A few can be found in other medical specialties as well.

According to the American Osteopathic Association, there are well over 40,000 osteopathic physicians practicing in the United States today (that's 5% of all physicians in the country), and 100 million people visit D.O.s each year. Although osteopathic manipulations were originally intended and used to treat all forms of disease, now they are mainly mainly considered useful for musculoskeletal conditions. 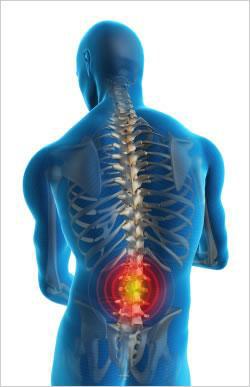 How does osteopathy work?

Long nerves connect the spine to various organs in the body. Andrew Taylor Still believed that every disease or illness began with structural problems in the spine. According to Still, when problems arise in the spine the nerves send abnormal signals to the body's organs. Still called these spinal problems "osteopathic lesions" ("osteo" for bone and "pathic" for diseased), and devised osteopathic manipulation techniques (OMTs) to treat them.

Such lesions are detected by the osteopathic doctor from abnormal texture of the skin and other soft tissues of the body as well as from restricted range of motion in the joints. OMTs range from light pressure on the soft tissues to high-velocity thrusts on the joints. These treatments, he believed, would return the nerves to their normal function and allow the blood to flow freely throughout the circulatory system. With structure restored, the body's own natural healing powers would then be able to restore the entire body to full health.

What happens during a visit to the osteopath?

A visit to a D.O. is much like a visit to your family doctor. The D.O. will ask you questions about your medical history, physical condition, and lifestyle. However, because D.O.'s have particular expertise in musculoskeletal systems (namely, bones, joints, and soft tissues like ligaments and tendons), the physical exam of that bodily system will be more extensive than one with your family doctor. During the physical, the D.O. will assess your posture, spine, and balance; check your joints, muscles, tendons, and ligaments; and may use his or her hands to manipulate your back, legs, or arms. Variations in your skin temperature and sweat gland activity will also be measured. If needed, the D.O. will order X-rays and laboratory tests. When the results are in, the D.O. will make a diagnosis and establish a treatment plan for you that may even include prescriptions for medications.

For problems involving the bones, muscles, tendons, tissues, or spine, many current day (but not all) D.O.s use OMTs. There are two categories of OMT procedures: direct and indirect. In direct OMT, "problem" or "tight" tissues are moved (by the D.O., the person being treated, or both) toward the areas of tightness or restricted movement. In indirect OMT, the D.O. pushes the "tight" tissues away from the area of restricted movement, in the opposite direction of the muscle's resistance. He or she holds the tissues in this position until the tight muscle relaxes.

Illnesses and conditions that respond well to osteopathy

OMTs can be applied to a variety of health problems, both musculoskeletal and non-musculoskeletal. According to the US Department of Health and Human Services, OMTs are most effective for back and neck pain. In fact, if you have back pain, you may be able to reduce the amount of pain medication you are taking if you receive OMT as part of your therapy. One study showed that patients with pancreatitis were able to go home from the hospital sooner when they had OMT.

In one small study, people with Parkinson's disease were able to walk better after only one session of OMT. Another study looked at 38 patients who had knee surgery. Those who had OMT were able to walk up stairs 20% earlier than those who did not have OMT.

A study of 100 people with high blood pressure treated only with OMT showed that OMT produced significant reductions in blood pressure.

Studies show that OMT eases breathing, drains the sinuses and relieves the symptoms, duration, and recurrence of the common cold.

Osteopathy may also be an effective way to treat carpal tunnel syndrome. More studies are needed to confirm this.

Examples of other conditions for which OMT may be helpful include:

Are there conditions that should not be treated with osteopathy?

Are there risks associated with osteopathy?

Shortly after an OMT treatment you might feel an increase in pain, slight headache, or fatigue. These symptoms are temporary, and generally disappear within a day. More serious adverse events of stroke and spinal injury have been reported following manipulation of the neck; this complication is extremely rare. 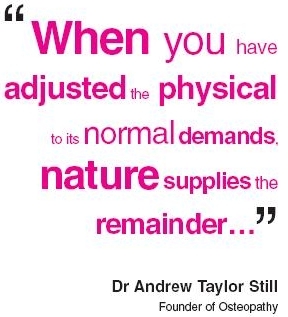