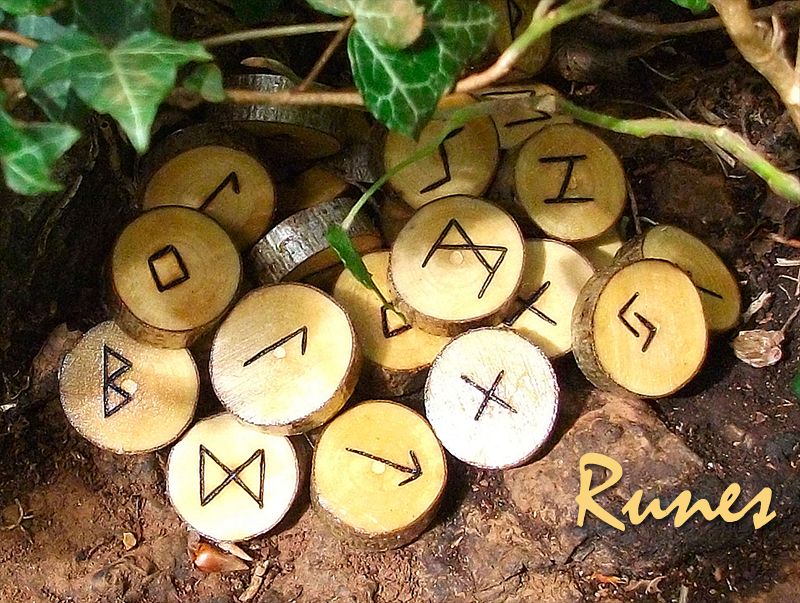 Runes are an ancient Germanic alphabet, used for writing, divination and magick. They were used throughout northern Europe, Scandinavia, the British Isles, and Iceland from about 100 B.C.E. to 1600 C.E. Runic inscriptions of great age have even been found in North America, supporting stories that the Vikings arrived in the Americas long before Columbus.

Runes are an oracle from which one seeks advice. They work best if you detail your current circumstances and then ask a specific question. Rune readings are sometimes obscure. They hint toward answers, but you have to figure out the details. This is when the rune casters intuition becomes paramount. Some times the Runes "sing" to me, and their meaning becomes instantly clear.

Runic divination or "rune casting" is not "fortunetelling" in the sense that one actually sees the future. Instead, runes give one a means of analyzing the path that one is on and a likely outcome. The future is not fixed. It changes with everything one does. If one does not like the prediction, one can always change paths.

Since ancient times, runes have been used for divination and magic, in addition to writing. The word "rune" actually means mystery, secret or whisper. Each rune has esoteric meanings and properties associated with it, beyond its mundane meaning and phonetic value. Each translates into a word or a phrase signifying concepts important to the early peoples who used them, representing the forces of nature and mind. Each rune has a story attached to it, a relationship to a Norse God.

Odin, the Norse High God of the Aesir, hung from the world tree, Yggdrasil, impaled on his own spear, for nine days and nights in order to gain the knowledge of runes. When the runes appeared below him, he reached down and took them up, and the runic knowledge gave him power . He later passed on this knowledge to the Vanir goddess Freya. She, in turn, taught him the magic of seidr. Heimdall, the god who guarded the Rainbow Bridge, taught the runes to mankind.

Runic alphabets first appeared among German tribes in central and eastern Europe. Some runes symbols are likely to have been acquired from other alphabets, such as the Greek, Etruscan, and the Early Roman. The runes were made of straight lines to make the characters suitable for cutting into wood or stone. The earliest runic inscriptions on stone are dated to the late 3rd century AD, although it is probable that runic alphabets had been in use for some centuries before.

The Old Germanic Runic alphabet or "Elder Futhark" contains 24 runes. The first six runes of the alphabet spell out the word "FUTHARK". As the runes spread northwards into Scandinavia, some rune symbols were dropped and the alphabet was reduced to only 16 runes. Between 400 and 600 AD, three Germanic tribes, the Angles, the Saxons and the Jutes, invaded Britain. They brought the runes with them. The forms of several of the runes changed, notably the runes for A/O, C/K, H, J, S, and Ng. Also, changes in the language led to nine runes being added to the alphabet to compensate for the extra sounds, and several runes were given different corresponding letters. This alphabet, expanded to 33 symbols, has become known as the Anglo-Saxon Futhorc. The rune names themselves have been passed down relatively intact. Although no manuscript exists listing the names of the older, Germanic runes, the Anglo-Saxon and Scandinavian rune poems agree to such an extent that their common origin can be deduced.

The Runes are divided into three Aettir or groups of eight. D. J. Cooper discusses the significance of the Aettir in understanding the runes and using them in magick. 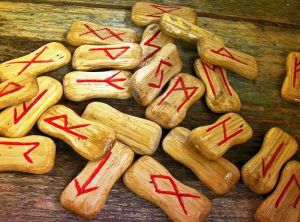 [Originally 2007, revised and published 2020] My goal in this note is to interpret the Elder Futhark (old Norse rune alphabet, a.k.a. Viking alphabet) from the viewpoint that they are a... 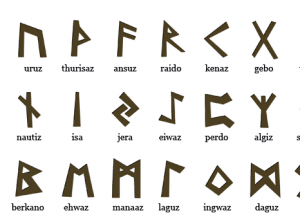 Runes originated with the ancient Etruscans and were spread upwards throughout the Alpine regions to Northern Europe via the trade routes. The Germanic tribes took them and adapted them to... 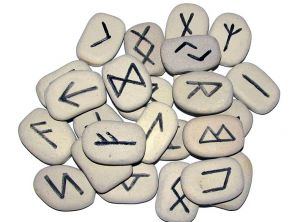 Overview Runes are a method of divination similar to the Tarot or the I Ching. The difference is that Runes are a set of 25 stones instead of 78 cards or...