Sun in Taurus April 21 through May 21

The second sign of the zodiac, Taurus is ruled by Venus. The glyph represents the Bull, Taurus's symbol. The sign is concerned with the manifestation of the self, with basic needs being foremost. Ruled by Venus, Taurus personalities tend to be driven by their affections.

Taurus is the direct opposite of the Aries character. Taurean people tend to be slow, methodical, practical and reserved. They are also stolid, tenacious and determined. Possessing tremendous willpower and self-discipline, they are inclined to stick to tried and traditional methods. Their greatest satisfaction derives from results produced directly by their personal efforts. 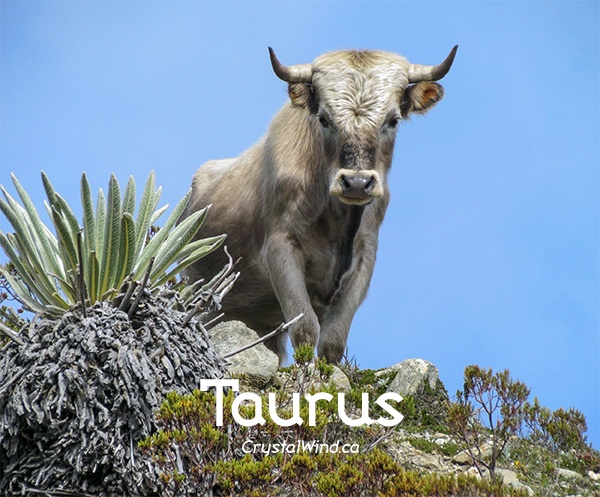 Roots are important to the Taurean. A sense of permanence, a feeling of security is essential. Generally an easygoing person, slow to anger, but once roused is known for a ferocious temper. Very difficult to deal with when angry. Usually set off by jealousy due to a possessive nature. Loyalty is important to a Taurus, and a true friend of a Taurean will speak well of their great generosity.

"I have one thing that counts, and that is my heart; it burns in my soul, it aches in my flesh, and it ignites my nerves: that is my love for the people and Perón." —Eva Perón, Born May 7, 1919 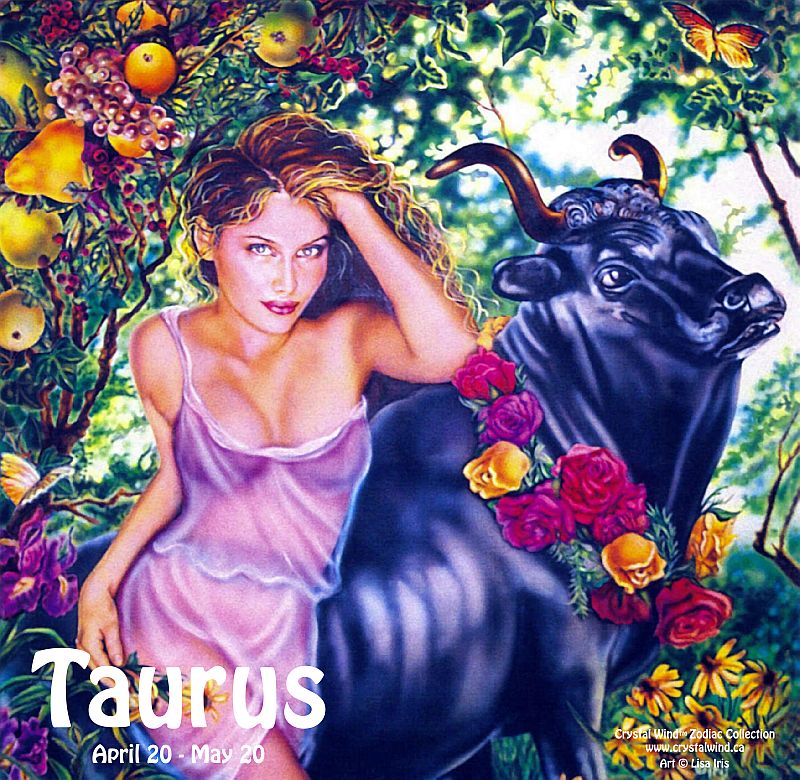 Taureans are warm, loving, gentle and charming most of the time. Motivated by self preservation, the Taurean is not a risk taker and weighs every decision carefully, in a slow and methodical manner. To more impulsive people, Taurus may appear a bore. Opinionated and obstinate, once a Taurean makes a decision, it is written in stone. Don't expect radical thinking and innovative ideas here. Basically grounded, material people, Taureans prefer the known to the unknown, the tried to the new. They love the earth, comforting things, sense of ownership, and generally treat those they love as possessions.

Prosperous at developing and maintaining wealth, Taureans do well in banking and finance. In business, they shine in fields concerned with the earth and money. Architect, builder, gardener or accountant, financier, banker, auctioneer, real estate broker, are all professions which attract a Taurus. They may possess a good singing voice as music may be said to be a Taurean art. Many well known performers are born under Taurus, such as Barbara Streisand and Bing Crosby. Many Taureans have a 'green thumb' and find real pleasure in gardening. Gifted with a natural artistic nature, they also may excel as crafts workers.

"At the age of six I wanted to be a cook. At seven I wanted to be Napoleon. And my ambition has been growing steadily ever since." —Salvador Dalí, born May 11, 1904

Persistence, thoroughness and single-mindedness that can take on dogmatic qualities are the hallmarks of the Taurean personality. No detail will ever be overlooked by the eyes of a Taurus. Motivated by a desire to obtain and accumulate physical possessions, they can be compulsive in their intensity to secure an ample supply of everything they consider important.

Essentials to a Healthy Taurean Relationship

Honesty, integrity and dependability are notable Taurean characteristics. The calm, pleasant, and well intentioned Taurus exterior belies the volcanic temper that can erupt when sufficiently aroused. The bright side of the stubborn bull's nature is, they are incredibly and uncompromisingly loyal to their friends. Established slowly, a Taurus friendship can, and often does last a lifetime.

"People, even more than things, have to be restored, renewed, revived, reclaimed, and redeemed; never throw out anyone."—Audrey Hepburn, born May 4, 1929

The Lore of Taurus in Mythology

To the Greeks, Taurus is associated with Zeus and his transformation into a snowy white Bull. This he did as a means to abduct Europa, whom he lusted for. Thus, the Minotaur of Crete, result of this union of God and mortal, is also recognized as being associated with the second sign of the zodiac. Through many cultures across the world the constellation of Taurus is perceived as a bull or similar animal. The Egyptians gave great significance to the sky cluster in both religion and astrology; the great starry bull of the Nile. Halfway around the globe, small tribes living along the Amazon river in South America, called this section of the night sky: Tapüra Rayoaba, the Jaw of the Ox. It is certainly a hard constellation to miss; as one of the densest groupings, there are, by varying accounts, between 120 and 190 stars within it, visible to the naked eye. 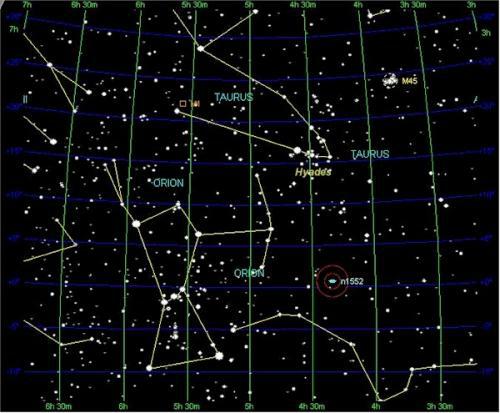 In the Mediterranean region, the Sun's entry into Taurus was celebrated as the Feast of Maya. We know it as May Day, the first of the month. The Sun was often represented by a white bull with a golden disc between his horns. This image was followed by a procession of virgins, exemplifying the fecundity of nature. This association of Taurus with the beginning of Spring, can be traced as far back as ancient Babylon. In Egypt, Taurus held an even greater importance, as it was believed that humanity was created while the sun was passing through its borders.

Ere the heels of flying Capricorn
Have touched the western mountain's darkening rim,
I mark, stern Taurus, through the twilight gray,
The glinting of thy horn,
And sullen front, uprising large and dim,
Bent to the starry Hunter's sword at bay.
—Hymn to Taurus by Bayard Taylor

"We're born alone, we live alone, we die alone. Only through our love and friendship can we create the illusion for the moment that we're not alone."

Who smiles through life—except when crossed?

Who knows, or thinks, he knows the most?

We have 1027 guests and no members online