Capricorn, whose constellation is known as Capricornus, is one of the oldest of the astrological interpretations. Ruled by Saturn, its symbol is the goat. This is sometimes depicted as a sea borne hybrid or Dolphin. The image is often an animal with the body of a goat and the tail of a fish. In one tradition the image represents the god Pan transforming into a sea creature. A representation, perhaps, of the extremities found within this Astrological sign. 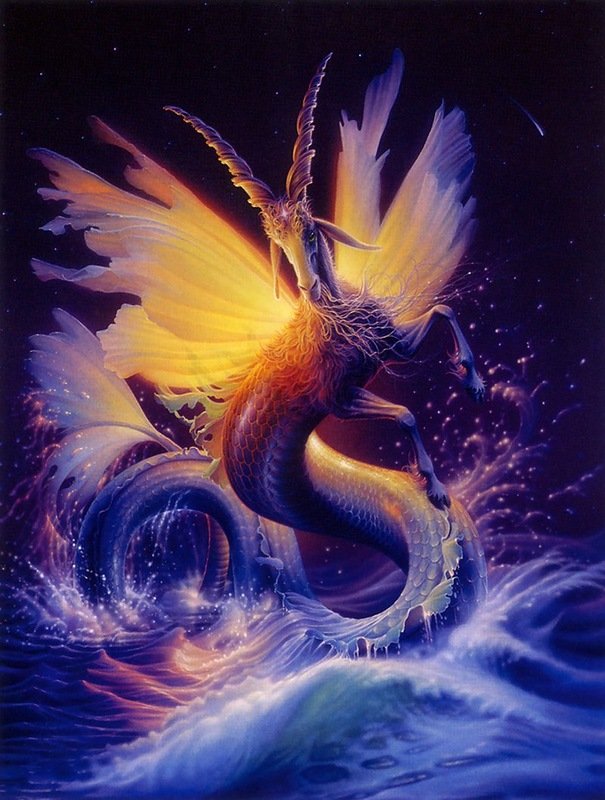 The Capricornian is generally a serious character possessing a wry sense of humor. Independent, steady as a rock, Capricorn reflects earthy qualities that range from clever to vacuous. Mostly cautious, confident, strong willed, reasonable and hard working, Capricorns are a rock upon which to build. They are often aloof, shrewd, practical, responsible and persevering. They are capable of great endurance; a whatever it takes, for as long as it takes persistence. Reliable in any profession they undertake, although short on originality, they usually excel in following up on what someone else has started.

Within prescribed areas, Capricorn is a resourceful, practical manager. These folks set high standards for themselves and others. They are self critical, and work well in a disciplined environment, demanding equal measures of seriousness and dedication from their subordinates. A careful, ambitious planner, Capricorn moves forward with quiet, deliberate persistence.They can be quite frugal, demonstrating remarkable ability to achieve results with minimum effort and expense. Highly organized, they excel in managing several projects simultaneously.

Capricorn will often vie for a position of authority. Once attaining control, they are demanding and exacting in leadership. Although firm, they are usually fair to people they deal with. They value tradition, the tried and true, more than innovation."We always do it this way," was no doubt first said by a Capricorn. Their naturally pessimistic nature is the foundation of their wry sense of humor, which some find not humorous at all. They can indeed spread tension and gloom in a minute and are quite capable of bringing down the house and everyone in it. Never really up, but often down, a positive environment is essential to enliven their spirits. 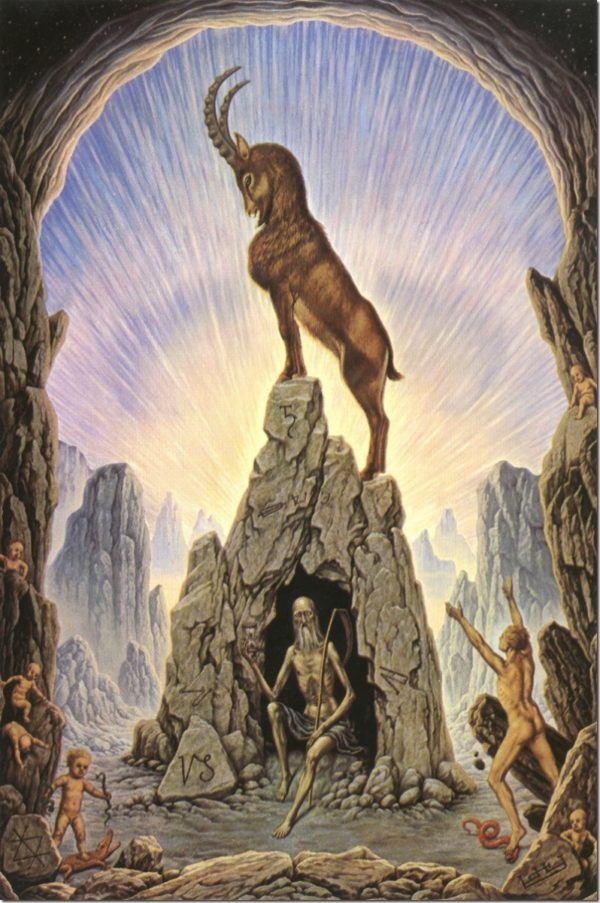 Capricorns tend to be profound thinkers. To them life is a serious business, and the need to be in control of their affairs and concerns is paramount. They are seekers after knowledge and wisdom. Rational, logical and clearheaded, they have excellent concentration, and delight in all forms of inquiry and debate. 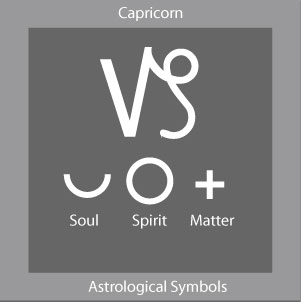 "The library afforded me the means of improvement by constant study, for which I set apart an hour or two each day, and thus repaired in some degree the loss of the learned education my father once intended for me. Reading was the only amusement I allowed myself. I spent no time in taverns, games, or frolics of any kind; and my industry in my business continued as indefatigable as it was necessary." 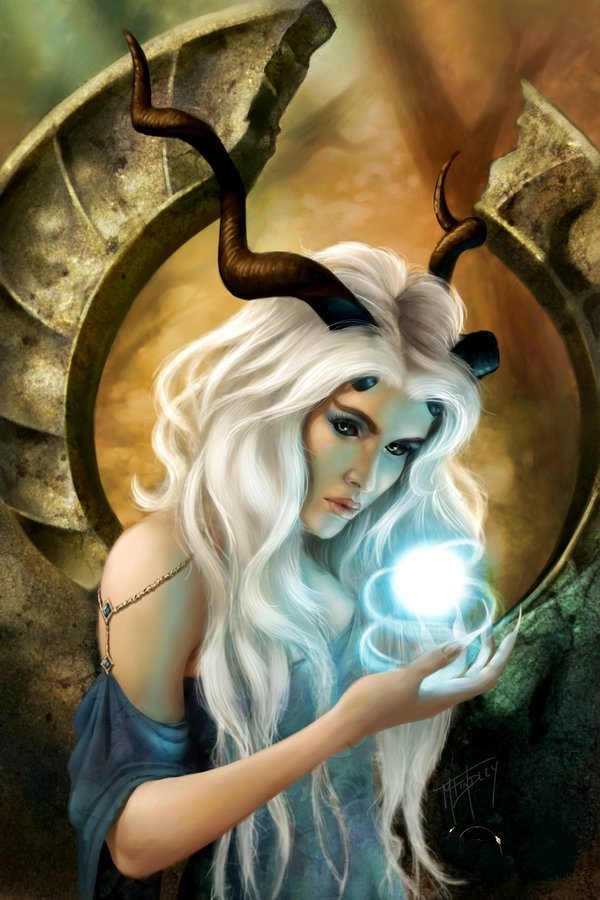 The occupations Capricorns usually choose are as; doctors, lawyers, accountants, and most any endeavor that deals with math or money. They excel as officers and administrators, especially where projects demanding long-term planning are concerned. Capricorns make excellent politicians due to their skill in debate, and serve exceptionally well as teachers or school principals. They do best in an environment wherein they can exercise their desire for authority and organization. They are good with their hands, and may choose to be engineers, farmers or builders. The wit and flippancy so characteristic of some Capricorns allows them to rise and prosper in the entertainment field; many are also strongly attracted to musical pursuits.

"The first time that I appeared on stage, it scared me to death. I really didn't know what all the yelling was about. I didn't realize that my body was moving. It's a natural thing to me. So to the manager backstage I said, 'What'd I do? What'd I do?' And he said, 'Whatever it is, go back and do it again'."

In personal relationships they tend to be uncomfortable. Rather self-centered, they are wary and suspicious of others. They often have few close friends, but will maintain these bonds their entire life. They are loyal to intimates, but indifferent and sometimes callous to those outside their circle. Never impetuous, they consider business and personal relationships carefully before becoming involved. These are family people, and family usually comes first, except where business is their primary concern. 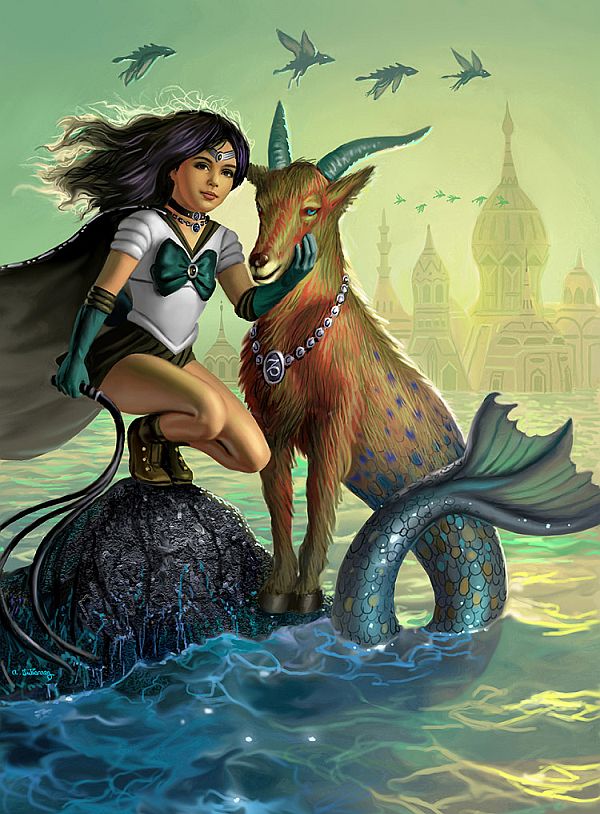 "I refuse to accept the idea that man is mere flotsam and jetsam in the river of life, unable to influence the unfolding events which surround him."

"Duties are what make life most worth the living. Lacking them, you are not necessary to anyone. And this would be like living in an empty space. Or not being alive at all." 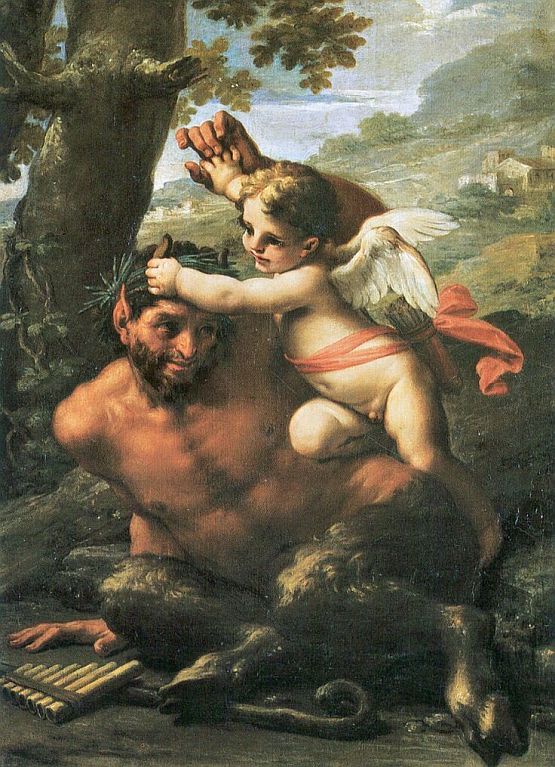 The Lore of Capricorn in Mythology

The sign of Capricorn within the Astrological zodiac dates back at least some 4,000 years. It is known that the Sumerians placed a great emphasis upon this particular time of the period. During this earlier age, the winter solstice (now in Sagittarius) occurred within Capricorn. On this date, many cultures of the ancient world would perform elaborate rituals and carry out sacrifices.

Among societies of the Mediterranean region, animals were associated with the four seasons. To each of these creatures belonged either a solstice or equinox. It is generally recognized that these figures were the bull, lion, scorpion and a sea creature. This imagery corresponds to the astrological signs of Taurus, Leo, Scorpio and Capricorn. In a symbolic ritual, kings of the period would combat and subdue these animals to represent dominion over the elements of the seasons.

The association of the goat with Capricorn dates back, at least, to ancient Babylon. The Greeks related the sign to their horned and cloven-footed god Pan. The image of the hybrid goat-fish creature corresponds to the tale of Pan's encounter with the beast Typhon. Attempting to escape the dreaded monster, Pan turned his lower half into a fish, in order to swiftly swim away. The Egyptians and Chinese recognized in this time of year the commencement of the much anticipated rainy season. Immediately following Capricorn are Aquarius, the water bearer, pouring moisture upon the earth, and Pisces, the fish, immersed in the unseen life giving forces of water.

Capricorn is also associated with the Babylonian god Ea, who wore a cloak designed as a fish's skin, complete with head and tail. One of his many names was "Antelope of the Seas". Ea is one of the world's great culture initiates, who rose from the oceans to teach wisdom to land-dwelling man. 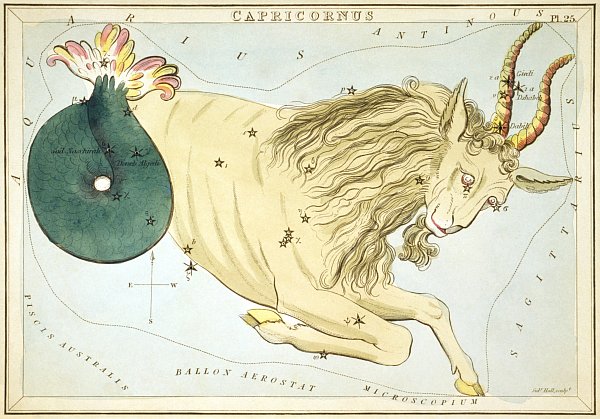 "The passion in our nature urges a human being to choose "the one precious thing," and urges him to pay for it through poverty, conflict, deprivation, labor, and endurance of anger from rejected divinities. It is the warrior that enables the human being to decide to become a musician only, or a poet only, or a doctor only, or a hermit only, or a painter only. It is the lover in a man or woman who loves the one precious thing, and tells him what it is; but it is the warrior in Rembrandt or Mirabai who agrees to endure the suffering the choice entails."

Who climbs and schemes for wealth and place?

And mourns his brothers fall from grace—

But takes what's due, in any case— 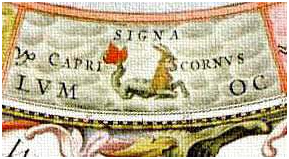 We have 1169 guests and no members online