In Gemini we move from the action, reaction response of Aries, Taurus to the interaction response. The Gemini nature Interacts with the environment, investigating, learning, knowing and exchanging ideas. The intellect dominates Gemini, and all things intellectual are valued greatly. As communication is also of importance to Geminis, knowledge is never a thing to be hoarded. Seldom is a twin more entertained than in the midst of exchanging ideas with others of an intellectual nature.

"When I learn something new—and it happens every day—I feel a little more at home in this universe, a little more comfortable in the nest." —Bill Moyers, born June 5, 1934

Being the most versatile and changeable of the signs, Geminis are seldom what they seem to be. Chameleon like, they will take a stand, voice an opinion, decide on an option then completely change their mind tomorrow. Nothing is ever written in stone by Gemini. They are truly a free soul, driven by curiosity and a desire to know and do. They usually have several things going at once, and within such chaos, they thrive.

Gemini is traditionally associated with the vibrant pursuits and activities of the early summer season.

Geminis are bright, witty, entertaining and rarely get deeply absorbed in any one task. There are just too many things to do and know, and so many new people to meet. They prefer to skim the surface of many things, then to get deeply involved in one interest. If they do become drawn into something, they always feel they are missing out. It will always be what they aren't doing, or don't have, or the people they haven't met that intrigue them the most.

"Wherever I am, I always find myself looking out the window wishing I was somewhere else." —Angelina Jolie, born June 4, 1975

Geminis are optimistic people. All things are fresh and fascinating for the twins, it's the way they like it to be. They often possess the enthusiasm of a child. Routine is boring, and boring is not allowed. Restless, with an active imagination and a keen intellect, life must be lived to the fullest for Gemini. Perceived as a game, life is best played with swift moves and entertaining teammates. With the zeal of a sportsman, Gemini analyzes everything. They often possess a compulsive need to know the why of all they experience. A twin wants to know the causes, motivations, and dynamics behind everything and everyone they encounter. 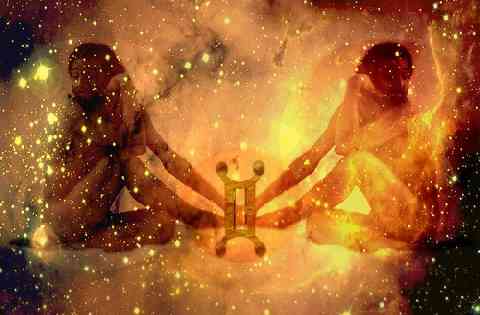 "We can make all our dreams come true, but first we have to decide to awaken from them." —Josephine Baker, Born June 3, 1906

Geminis are expressive folk, and this may manifest beyond mere speech. Often gifted with their hands, it seems whatever they touch does turn to gold. Their love of communication may also express itself as an affinity for languages, which they tend to pick up quite easily. Known for being great story tellers, Geminis have a knack of making life a little more interesting for the rest of us.

"We're all a mishmash of extremes. I know that I have demons. I don't know if I want to get rid of them altogether, but I would like to experience them in a different way. Maybe go face to face with them. I've never really had the time to go to therapy. Well, here and there. But not enough to help." —Johnny Depp, Born June 9, 1963

Morality is not an issue, and values are situational. Gemini's are usually affectionate, courteous, kind, generous, thoughtful, and superficial. They are attractive and interesting people who instinctively know how to meet their own needs and will do whatever it takes to do so. Although self interest is always the primary motivator in a Gemini person, they are also known to be honest, straightforward and without guile. They are what they are, and usually have no problem admitting their failings. Whatever they choose as a course of action is done out in the open without a measure of deviousness.

Other Gemini traits include: adaptability, ingenuity and cleverness. They are a mental sign and therefore logical, even brilliant at times, possessing a great deal of charm. However, it is important to remember that the symbol for this sign is twins, and that not all twins are alike. There are broad distinctions within the Gemini character. In contrast to the shining one described above is the shadow twin. On the turn of a moment, Gemini can become cynical, biting, moody and quickly angered. Inseparable as two sides of a coin, those born in this sign can be dazzling and irresistible or inconstant and irrational.

Physically, Geminis have a youthful demeanor, sometimes childlike. Gemini rules the arms, shoulders, hands, lungs and nervous system. They generally have a sensitive nervous system, and don't fare well under too much stress. As Gemini considers danger about as seriously as they consider the rest of life, there is a need to restrain a sense of heroic invincibility. 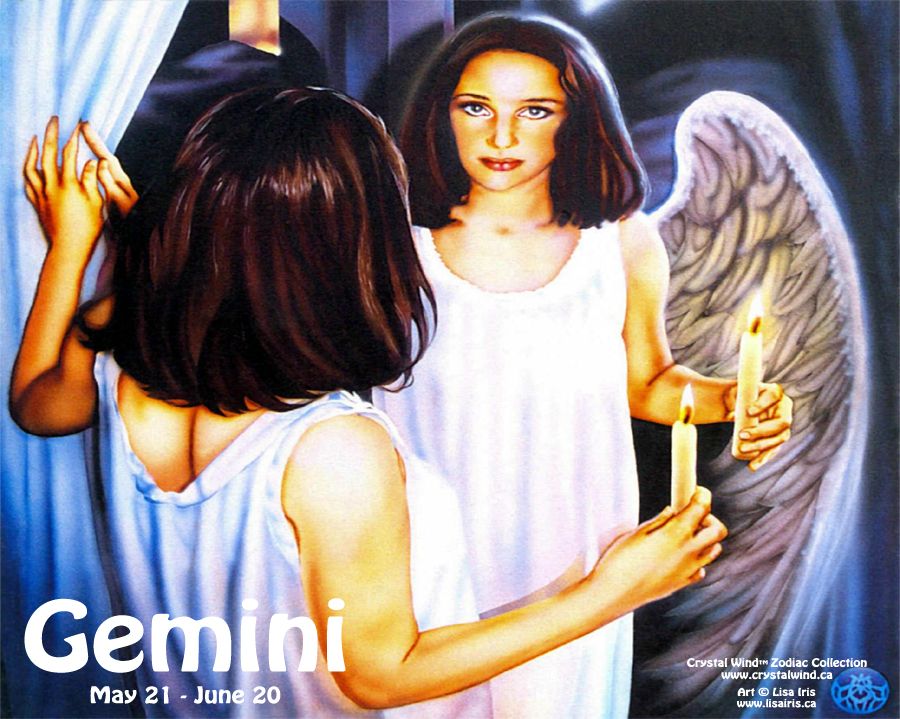 Geminis probably make better friends than they do lovers. They are entertaining companions and are more intrigued by the idea of love than the actual day to day involvement. Remember, what intrigues a Gemini is the unknown. Once something is familiar as an old pair of socks, the interest wears thin and the need for new worlds to investigate grows strong again. Geminis are fickle. This is not intentional; it is their basic nature to be so. Life seems too short a span to get very serious about anything for a Gemini. So, in love as in life, intensity of feeling is always fleeting. It is, while it is!

"I'm selfish, impatient, and a little insecure. I make mistakes, I am out of control, and at times hard to handle. But if you can't handle me at my worst, then you sure as hell don't deserve me at my best." —Marilyn Monroe, born June 1, 1926

The Lore of Gemini in Mythology

The constellation of Gemini has been seen as twin figures by cultures throughout the world, back into prehistory. The 'Two Stars', referring to its very bright suns, which the Greeks recognized as Castor and Polydeuces, were named for the younger and elder forms of the god Horus by the Egyptians. To the Romans they were Hercules and Apollo. Often perceived as twin boys, the lore sustains that they were placed in the night sky by Jove to honor and exemplify the fidelity of their brotherly love. In other instances they were seen as a sister and brother or two angels, then within later Christian traditions, as Adam and Eve.

Stories of hero twins are also related throughout the world. For the Greeks there was Castor and Polydeuces, also known as the Dioscuri, or Heavenly Twins. They were the children of Zeus and Leda, queen of Sparta, thus also the brothers to the infamous Helen, late of Troy. The exploits of these twins are many, and all heroic. In their youth they sailed with Jason to retrieve the Golden Fleece.

So Leda's twins, bright-shining, at their beck

To the Romans, who knew them as Castor and Pollux, the twins were invoked on the field of battle to assure victory. For centuries beyond they were held as guardians to sailors on extended or risky voyages.

"Do not be too timid and squeamish about your actions. All life is an experiment. The more experiments you make the better." —Ralph Waldo Emerson, born May 25, 1803

"If we cannot end now our differences, at least we can make the world safe for diversity. For, in the final analysis, our most basic common link is that we all inhabit this small planet. We all breathe the same air. We all cherish our children's future. And we are all mortal." —John F. Kennedy, Born May 29, 1917

Who is fond of life and jest and pleasure?

Who vacillates and changes ever?

Who loves attention without measure?