Sun in Sagittarius
A+ A A-

At the heart of Sagittarian lore stands the centaur Chiron; the figure of philosopher and teacher within Greek mythology. As a centaur, Chiron personifies the very soul of Sagittarius. Here is a symbol of half man, half horse, portraying the conflict between the philosophical mind and the carnal instinct of human nature. The glyph represents an arrow slung in a bow, aiming at the stars. his symbol corresponds with the Sagittarian ideals of cosmic progress and abundance. The ruler of Sagittarius is Jupiter. 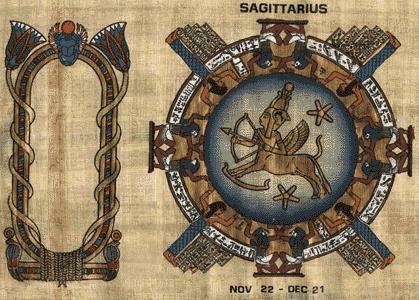 Sagittarians are positive people; they have a bright outlook on life, are enterprising, full of energy and vitality. Versatile, adventurous and eager to expand their range beyond the comfortable and familiar. They enjoy travel and exploring, and their minds are continually searching for new experiences. They are ambitious, optimistic folk, and nothing seems to get them down. They are idealists, and this seems to keep them going even when life disappointments crop up and smash their plans. "To keep on, keepin' on" is a Sagittarian way of life. They have a tendency to get over zealous when they are interested in something. They are believers, and what they believe in, they are willing to fight for. They are paradoxically loyal and independent at the same time, natively adept at balancing both traits.

Sagittarians are usually modest and often spiritual, with strong values. They like rituals, and sometimes can get caught up in form, rather than substance. They are profound thinkers, and are gifted with foresight and good judgment. Witty conversationalists and story tellers, they do have the gift of gab. They are avid learners, love to initiate new projects and make great researchers. They are quick studies, with keen minds. They have an expectant attitude and a penchant for new experiences, which may account for the fact that Sagittarians are noted for their longevity. They are often intuitive and original thinkers. Better at adapting than inventing, they work well in collaboration with others. A strong-will and good organization ability combined with their other talents usually bring any project they undertake to a successful conclusion. They are generous by nature, but are quite resourceful in caring for and balancing their resources. 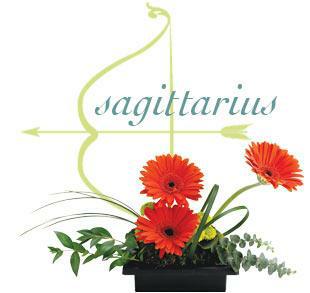 The vices to which Sagittarius is prone are anger—they tend to flare up over trifles, and impatience—they want to rush every new project through immediately and can be too demanding. They are quick to jump on inadequacies of others while expecting full recognition of their own efforts. This is not to say that they do not deserve the recognition. In completing a major project Sagittarius will sacrifice everything else before it. Often, though, they can be exacting, and inconsiderate in their work life, while boastful and extravagant in their private lives. The great achiever or the wastrel. There is also a side of the Sagittarian that is quite superstitious, and reading into signs and portents would not be uncommon. The Sagittarius love of sports often leads to an indulgence in dangerous pursuits. Many centaurs are prone to accidents due to a tendency of taking too many risks.

Sagittarians are versatile people and can be found in a number of professions. They are by nature teachers and philosophers. Nothing is better play to a Sagittarian than expounding on the moral principles, laws and ideas that explain the universe. Through these traits they serve well as theologians or scientists. They are also suited to the law, politics, public service or social administration. Being natural communicators, they do well in public relations or advertising. Inquisitive and restless, they suffer if their opportunities are limited, but they thrive within their natural field of travel and exploration. Many Sagittarians will be found in jobs that allow them to exercise their natural desire to see the world. If it can be said that there is one true Sagittarian vocation, it is to guide and educate. 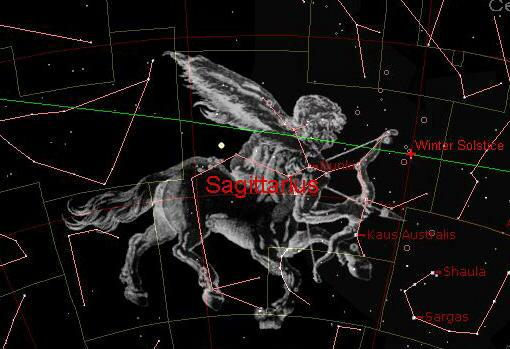 "The aim of art is to project an inner vision into the world, to state in aesthetic creation the deepest psychic and personal experiences of a human being. It is to enable those experiences to be intelligible and generally recognized within the total framework of an ideal world." —Bruce Lee, born November 27, 1940

Insights to a Sagittarian Relationship

Sagittarians are ardent, sincere and straightforward in relationships. They are generally conventional and in control of their sexual natures. Because of their independent nature, maintaining a close personal relationship is difficult. They prefer a solid home base, but as a place to return to when they have completed a particular travel venture. They have a compelling need to feel free, and sometimes make this choice at the expense of a 9 to 5 career, or even a family.

In friendship they are reliable, and can be counted on. However, they have a quick temper and a biting tongue, often speaking before giving forethought to the full effect of their words. Their rage may pass quickly, but the stinging of their comments often remains. On the other hand, they are quick to forgive an affront and extremely dependable to a friend or family member who needs looking after. 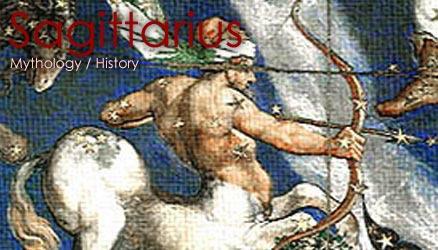 The Lore of Sagittarius in Mythology

Centaurs belong primarily to Greek mythology. Within one form, they combine a savage and untamed animal nature with an ancient wisdom of human culture. The wisest, and in some references, oldest of the centaurs was Chiron. Tamer, perhaps, than his kindred, Chiron was taken in and educated by the gods. Rather than selfishly retain this knowledge, Chiron tutored the great heroes of Greece. Among his charges were no less than Achilles, Acteon, Jason and Hercules.

In a tragic irony, Chiron was wounded with a poisoned arrow by his student and friend, Hercules. Being immortal, the centaur's agony was unbearable. Chiron forsook his immortality, and gave the mantle to Prometheus. Zeus set Chiron's image in the night sky to honor the memory of this noble teacher. To this day we recognize his form as the constellation of Sagittarius.

Castor and Pollux were the sons of Jupiter and Leda, and brothers of Helen of Troy. Castor was the manager of horses; Pollux, a famous soldier. Chiron trained them, and they sailed with the Argonauts in search of the Golden Fleece. The brothers are associated with the sign of Gemini, which is the complementary opposite of Sagittarius in the zodiac. 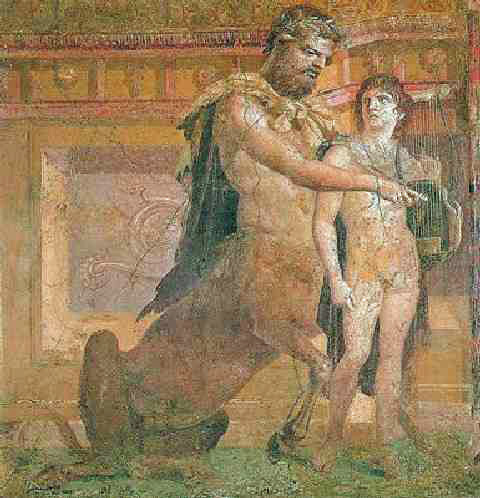 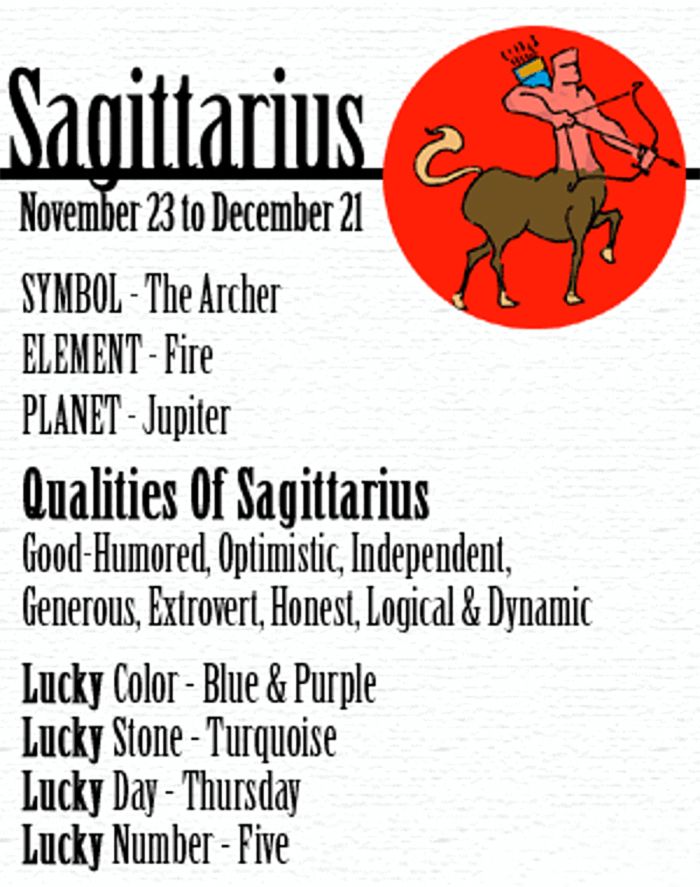 "Keep away from people who try to belittle your ambitions. Small people always do that, but the really great make you feel that you, too, can become great."

"Nothing that grieves us can be called little: by the eternal laws of proportion a child's loss of a doll and a king's loss of a crown are events of the same size."

"Humor is the great thing, the saving thing. The minute it crops up, all our hardnesses yield, all our irritations and resentments flit away and a sunny spirit takes their place."

Who loves the dim, religious light?

Who always keeps a star in sight?

An optimist, both gay and bright— 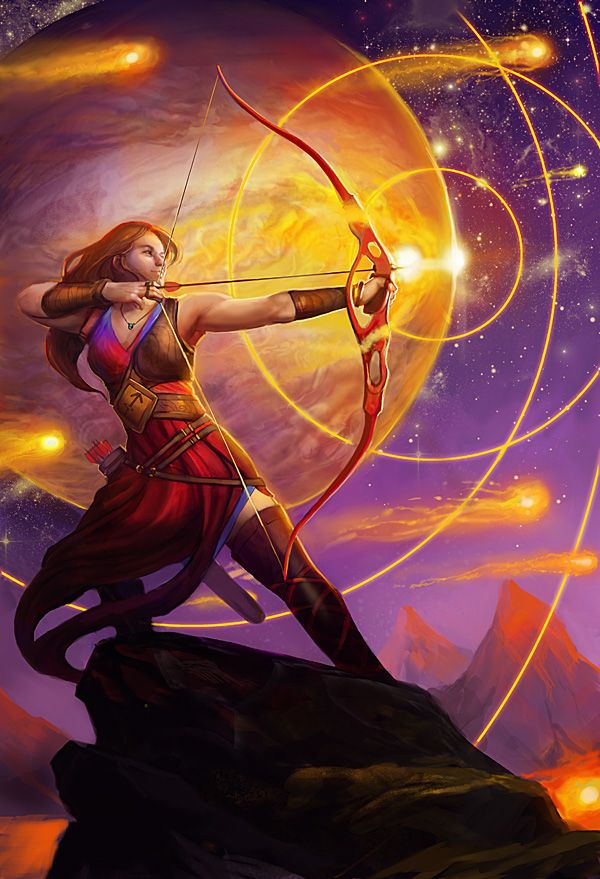 New Moon January 24th, 2020 ~ Your Consciousness is CAUSE

Pleiadian Transmissions: Take a Last Look at the State of the World