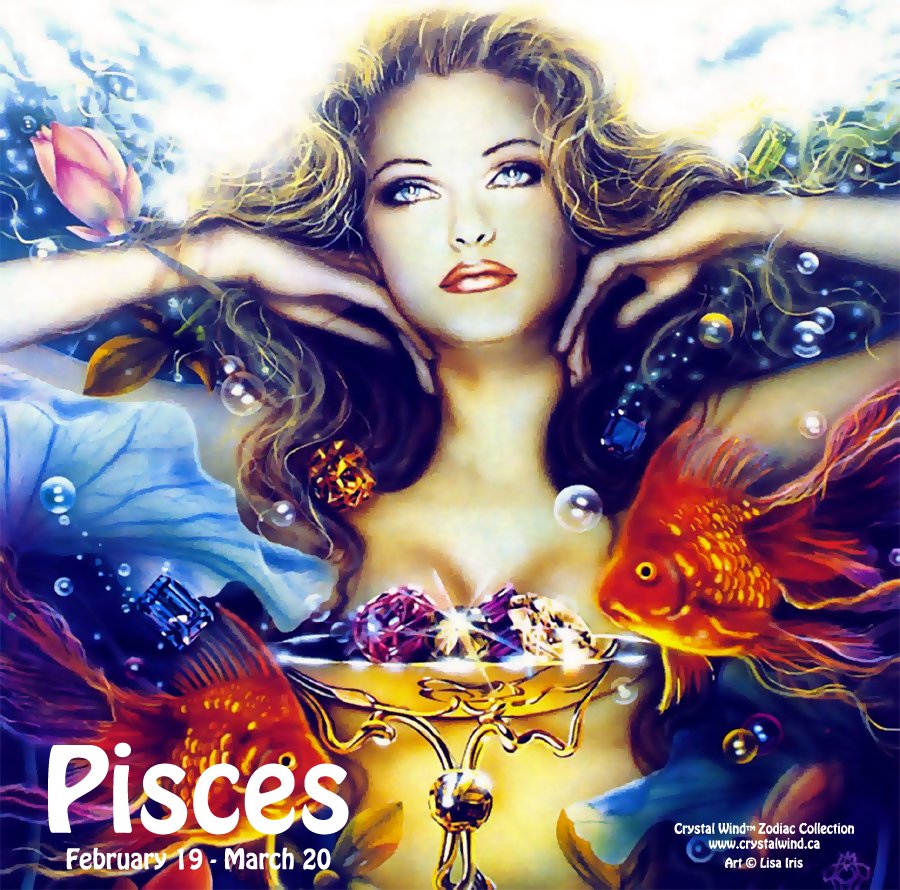 As the twelfth sign of the zodiac, Pisces represents the twelfth and final stage in the evolution of man and his place in the universe. Here, the desire is to use all that has been learned and assimilated in order to gain perfection; of man as an individual and humanity as a whole. This perfection leads man to his rightful place in the universe. Though not all Pisceans occupy their time with such lofty aspirations as attaining their rightful place in the universe, the notion of perfection is a strong factor in their personality. They find it difficult to deal with people and situations that do not live up to their idealized images. It isn't that they can't see things clearly, they just don't want to accept things as they really are. Seeking greater perfection than the real world is capable of producing, they often turn to religion or other spiritual and philosophical disciplines. 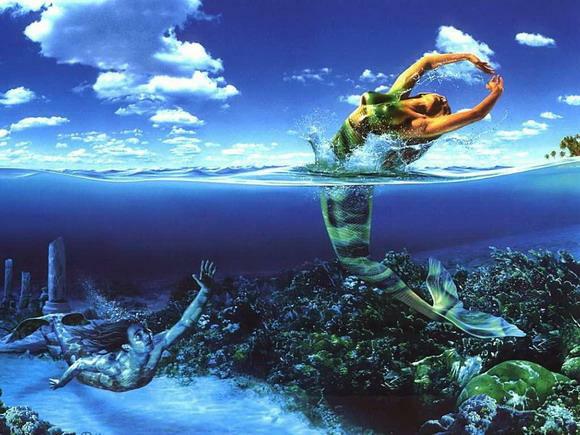 Pisceans readily adapt to change. This trait is a strength because it is a survival mechanism, and a weakness because it makes them vulnerable to the demands and influence of other people. In spite of their sensitive personality and delicate physical constitutions, most Pisceans are survivors. Their adaptability allows them to outlast those who may be much stronger. Because they so readily identify with the feelings of others, and willingly adapt themselves to different people and changing circumstances, they risk the exploitation or loss of their own needs, ideas, and talent. The opposite side of the coin is that adaptability also allows Pisceans to gain personal power over those they understand so well and turn it to their own advantage. The fish is the astrological symbol for Pisces. The fish is pictured as a double figure seen to swim in either direction. This represents the ultimate Piscean choice; either to be strong and overcome weakness inherent in their sensitive nature, or to become the victim of this acute vulnerability. 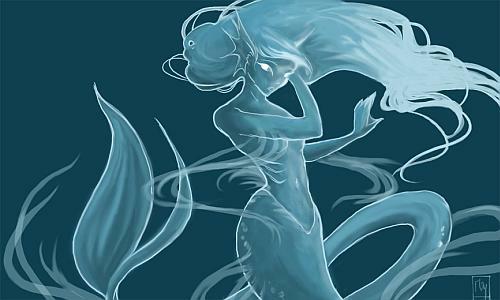 Pisceans react emotionally to everything they experience in life. Before they take physical action, before they sort out the practicality of what they are doing, and before they reason things out intellectually, they give in to their feelings. Compassionate and fair-minded, they are not at all afraid to bend unbreakable rules if the situation demands a more humane approach. They make excellent judges, sensitive administrators, and inspirational teachers. Their surplus of emotions implies an addictive nature, and thus it is necessary to avoid habit-forming drugs and other substances. To maintain their emotional equilibrium, they need a private spot or at least a private time for daily retreat and relaxation. The most creatively stimulating and soothing environment for Pisceans is near water, preferably the ocean. 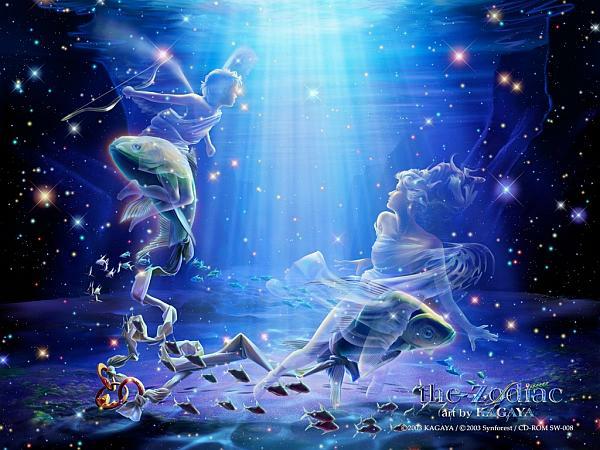 The modern ruler of Pisces is Neptune, planet of the spiritual and sensitive qualities in man. Ancient astrologers assigned Pisces Jupiter, a planet also associated with spirituality as well as thirst for knowledge and understanding. These planets represent similar traits and both of them influence Piscean personalities. They are idealistic, sensitive, and love to play martyr. They are often shy and would much rather impersonate someone else than be themselves. That's why so many are actors, artists, writers, and dreamers. Their association with elusive Neptune makes it hard to predict how Pisceans will develop. Some of them are neat and well organized, while others become slovenly and careless. Personal habits are often a direct reflection of emotional reactions to their environment. Their imaginations are limitless, an ability that makes them successful writers of fiction or turns them into pathological liars. Unique ability to understand the abstract can make them gifted mathematicians and theorists, or it can put them so out of touch with reality that they make no sense at all. 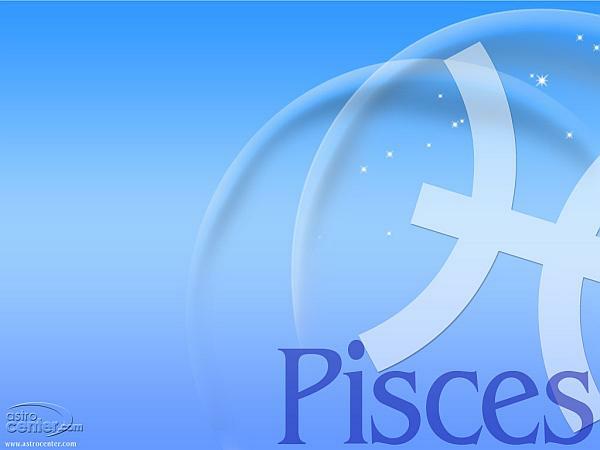 As if to directly confront their own vulnerability, many Pisceans are daredevils and risk-takers, becoming race car drivers, aviators, explorers, and hunters. Their emotional nature can make them compulsive eaters who face a lifelong battle of the bulge. Sports and physical fitness routines are a good way for them to keep in shape as well as reduce their emotional stress. Horseback riding, dancing, skating, swimming or sailing are favored activities.

Piscean colors are pale green, purple, rose, and gray-blue. Vulnerable parts of the body are the feet and lymphatic system. Swelling, allergic reaction to drugs, and sore feet are common complaints, but their emotional nature can also make them vulnerable to psychosomatic illness. The Piscean birthstone is the aquamarine. The sea-colored aquamarine becomes invisible when submerged in water. This is an appropriate representation of the shy Pisceans who often wish they could disappear as easily. Flowers for Pisces are the orchid, lilac, wisteria, water lily (lotus), poppy (white), and pansy.