Anger And Joy - It’s All Good 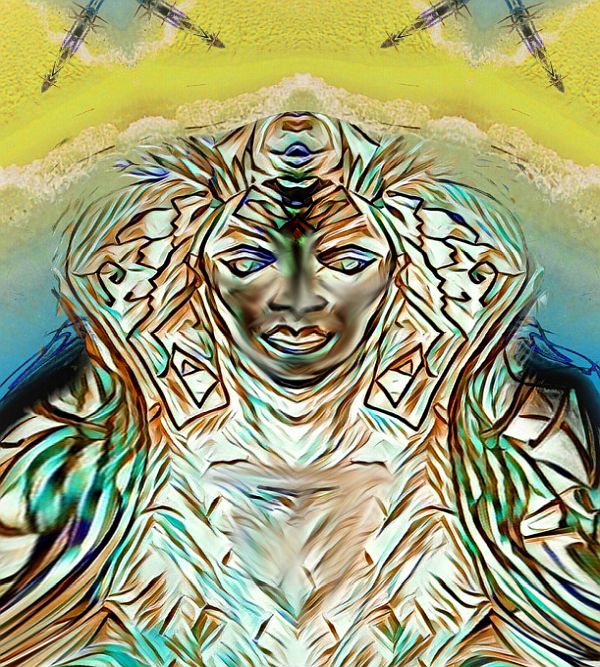 Theres ‘s an old African saying that I made up that goes like this:  There is no such thing as being too happy or too angry.  Now some may take umbrage with that, immediately warning that someone will pay for it.  That the angry person will harm someone else or themselves. Or the happy person will be throwing salt into the wounds of those who are less than joyful.

So as we feel emotions that pass through us, we are no longer frightened of them.  And that’s because we know that we don’t own them, and they don’t own us.

I love how the world outside our door is a beautiful reflection of what we are experiencing in our ascension.  We incarnated in a time when so much is coming out now, including men allowing themselves to feel vulnerable as well as women’s anger toward a system that has oppressed her for such a long time.

The floodgates have opened and millions of people are sharing their outrage and want to be heard, and no longer dismissed.  All a byproduct of the light that is coming onto the planet.

Women’s outrage right now is totally appropriate.  They no longer want to be responsible for men’s anger.  Some see this as women still playing victim.   In other words, she is blaming men, and the patriarchy for her lot.  And potentially harming others with that anger.

Bringing down men and ruining their lives in the process.

So some say that her anger is misplaced.  That it doesn’t solve anything.  Once a victim, always a victim, so it goes.

And to those of us who are stepping out of victim mode ourselves, that is true.  No one is really a victim.  We all have free will, and can choose how we want to feel, and whether we want to make others responsible for our own reality.

It’s  a big step to step out of our old story.

So fast forward, and things haven’t changed that much.  The planet for the most part is still in angry male and guilt ridden female mode. Up until recently.  The feminine is awakening and recognizing the imbalance, and she is pissed.  She is angry at being oppressed for so long, and it’s anger toward the masculine who oppressed her, and anger toward herself for compromising herself for so long.

And in the process she is letting go of her caretaking role for the masculine especially.

So all hell is breaking loose out there.  But all appropriate in a three- dimensional landscape.  It’s a major wake up call for everyone.  And within a system of duality, which is the world we see outside our door, these events are totally appropriate.  They are going through the iterations of their evolutionary process, just as we did a long time ago.

So where does that leave us here in the fifth dimensional world we are creating for ourselves?

Well, as we let go of our old story of being victims, and as we invite in our freedom, we will be feeling some of that anger, even rage, maybe more of us than others, coursing through our being.  It’s just a part of the process, as we shed our old selves.

I went through a period during my awakening of very intense anger.  I couldn’t contain it, and felt I had to express it viscerally.  Not toward anyone else, but through screaming, pounding a pillow, painting, whatever I could do to release it.

I feel like it’s behind me, but I realized recently that I still have some anger that wants expression.  And I recognize that it comes with the territory especially of being a woman, and having suppressed so much anger, not just from this lifetime, but from many, many lifetimes.

And I recognize that many of the diseases we carry, as women are from anger that has become crystallized in our bodies for generations of time.

And of course this applies to men as well.

An important point here is that the emotions need to be honored, but really they are not ours.  We walked away from our old stories.  We crossed the point of separation, but we may still be feeling things, from our past, maybe ancient past that still reside in our cells.  And we feel mass consciousness and what they are going through.

So I wanted to remind myself, and anyone else who may need reminding, it’s not ours.

And the emotions, too. They want to be set free.  And it’s safe to feel the anger, and to feel the joy.  And everything in between.

But let us not dismiss the fact that as we become more our SELVES, we will have less tolerance for things and people who we see as energy feeders.  Whether it’s in the news or people around us.

Some feel that we are then not spiritual beings, because we must be always understanding and even-tempered.  But the irony is that as we ascend, we often appear less tolerant than we have ever been.

So don’t mistake that as some old emotions we need to transcend.  No, actually that is an indication that we are just more discerning and have understandably run out of patience at times with a very dense environment.

And, yes, it’s good to remind ourselves that we too went through it, in our time, and were also not aware of our actions.  But not to be hard on ourselves because we think we should be ‘above’ the emotions.

Because as much as we now have access to the fifth dimensional energies, we still reside in a third dimensional world.

Image Art by Maria Chambers © Copyright 2018 Maria Chambers, all rights reserved. Please feel free to share this content with others but maintain the article’s integrity by copying it unaltered and by including the author and source website link: Maria Chambers. source