Portals of Consciousness
A+ A A-

Conspiracies And What’s Really Behind The Curtain 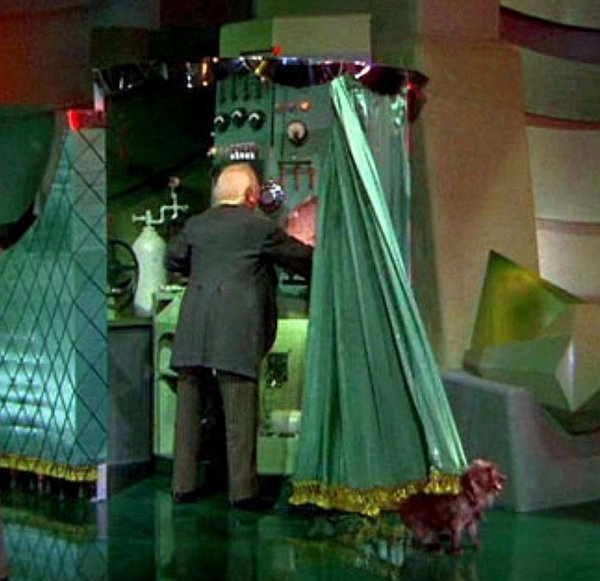 There’s a popular myth that there is a dark cabal working behind the scenes, controlling people.  That there is a secret dark government pulling on the strings, controlling Trump and the people in his administration.  Or a deep state trying to upend Trump.  And, even more far-reaching, the dark forces are manipulating the populace.

The idea of a cabal, or secret government, or deep state, is all about victim consciousness.  It’s a convenient way to relinquish self-responsibility.

In fact, it’s not all that complicated. The Trump administration is, simply put, the by-product of a toxic patriarchal system that has been in place for a very, very long time.

I’ve said it before, and I’ll say it again, it is the result of what happens when the feminine has been disowned.  Like when the body has been deprived of an essential life-giving nutrient for a long time, and it begins to reflect that imbalance in acute ways.  Maybe even septic.

It has become so unbalanced that it’s own life and well-being are in jeopardy.

And, as with the body, the current administration is an alarm, or a wake up call that something has been brewing in the body of consciousness for quite a while, and it’s coming to the surface.

Imbalances take many forms.  Like the body developing a disease.  Or like the way the use of big money becomes a virus in politics.  Then multinational companies and billionaire donors shape policies toward their best interests.  Policies that enable banks, for instance, to enrich themselves and give little in return to their customers.  Policy that allows big corporations to thrive at the expense of their employees.  Deregulation that allows industry to pollute, and policies that systematically erode civil and human rights.

Policies that enable those in power to continue abusing that power.

One doesn’t have to have a degree in political science to understand trends.  Historically, when there is progress made, such as women’s rights, or Black or gay rights, there is inevitably a push back.  Diversity and change is always a threat to the status quo.

So when we see civil unrest in 3D, it’s just a signal that something is out of balance, and needs to be addressed.  It doesn’t mean there are dark, evil forces working behind the scenes trying to manipulate people to do their bidding.

In fact, thanks to the internet, and the light quotient on the planet, anything that has been hidden is coming to light.

In The Wizard of Oz, Dorothy’s dog, Toto (man’s best friend) pulls open the curtain, to reveal an ordinary man, not a real King or god.  It’s most likely a charlatan, a con man.  Not a dark cabal of beings.  A clever man who understands trends, and knows how to manipulate pre-existing conditions like fear and hate.  It’s done with smoke and mirrors, and a bunch of gears, to fool a lot of people who apparently want to be fooled.

Conspiracy theories are not new, but have been around as long as the human has inhabited this planet.  Born from fear, some are relatively harmless, but some are used as justification for acts of violence and hatred toward other groups and individuals.

The Crusades, burning of witches, the Holocost, McCarthyism, Japanese Internment Camps, and Zero Tolerance in which immigrant children are torn from their mothers and fathers as a deterrent to asylum seekers……all examples of fear and anger being stoked in those who see others as a threat.

In the 19th century, many Christians began spreading the message of The End Times, the apocalypse, that man was going to be judged for his sins, and pointed the finger at whatever political figure or guru of the time as being The Anti-Christ.

This century they pointed to people like Obama.  And to be fair, there is group think that claims Trump is soul-less, and Satan’s pawn.

Meanwhile, many Christians are still waiting for Jesus.  Some believe that he is working through Trump, and, in a way, he is, but not in the way they think.

The Illuminati began in 18th century Germany, and was an enlightenment-age secret society that taught rational thought, liberalism, gender equality, humanism and modernism.

As you can imagine, The patriarchal government suppressed them.  They were a threat to the status quo.  They claimed this ‘dark’ behind the scenes group was trying to create a new world order through a one-world government.

It sounds familiar.  Like today’s ultra-conservatives accusing the left-wing Progressives of trying to convert this country, and the world, into a socialist system.  And, again, to be fair, there are those on the left that believe the right is trying to create a White Supremacist, Nazi, multi-national corporate, Fascist regime.

Meanwhile there are those who stockpile guns and military-grade weapons in their homes to protect themselves when the police state takes over.

The reality is that leaders like Trump, and even Putin try to disrupt systems already in place that have structural and consciousness weaknesses.  These leaders don’t create as much as disrupt and divide.

Other conspiracy theories that have been given oxygen involve average citizens being surveilled by the government through personal computers, TVs, microwaves, and micro-chips.  There’s no denying hackers and Russian meddling do exist.  But their influence is likely not as devastating as the media likes to portray.

Is our democracy really being hacked?  Or is that also a conspiracy theory?

Some in the New Age community have their laundry-list of conspiracy theories.  One is that the Extra-terrestrial races of Reptilians or Greys are controlling government officials behind the scenes.  And that there is a secret, shadow government that is collaborating with Alien forces to achieve world domination.

They also have a theory that the Extra terrestrials are going to come and save us from ourselves, and we will be heaved into a 5D nirvana.  Some believe that the whole planet is going there, overlooking the fact that most of humanity is still asleep, and will need a few more lifetimes minimum to get anywhere near an awareness of their multidimensional selves.

Some current conspiracy theories floating around…Men in America are under attack, because at any moment they can be falsely accused of sexual misconduct.  And at its base is the fear of many white men especially, of losing their power and status.  Some are irate because they can no longer harass and control women.

Immigrants, particularly Mexicans, are rapists and murderers, are bringing crime and taking jobs away from home grown Americans.  The Democrats are a mob-rule.  Our country is being taken over by women, Blacks, immigrants, Muslims and gays. 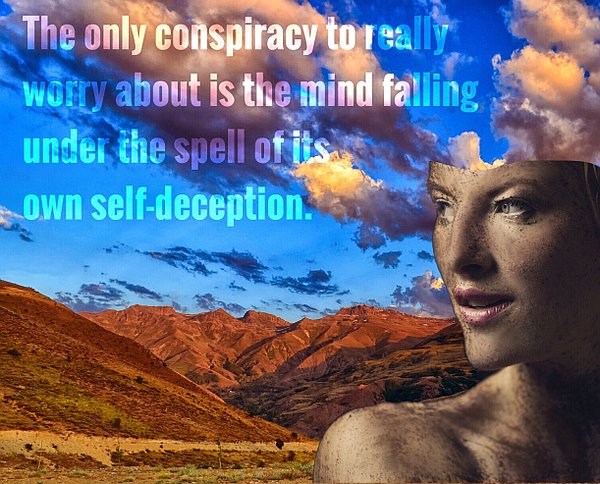