The Reunification of Worlds Begins 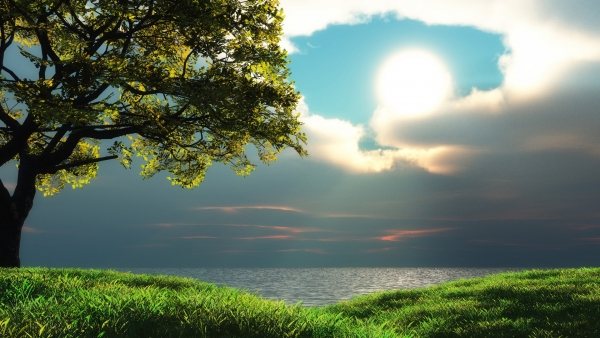 Another year has passed, another arc on the grand spiral of time. Your soul/spirit/essence has lengthened profoundly in breadth as well as depth. It has been a year of tests, of challenges and of the greatest in-breath (or time of receiving from Spirit in its many forms/channels) unlike any other. You are no longer you, as you have grown/expanded beyond identity, beyond human description, beyond light/dark, beyond form – while still contained within a human vessel.

You have reclaimed the knowledge, the wisdom, the truth contained within the deepest parts of Self, your ancestral blood, your connection to Gaia, Source, and your connection to otherworldly allies, seen and unseen (heavenly and planetary). You have served as a bridge, a friend, a code bringer, collaborator, and healer between worlds. This is every human's divine birthright and intended role, though many still struggle to break through the fog (the counter influences both internally/externally), and claim it. But this is indeed what the collective is striving toward, the reintegration of fragmentation. Harmony between worlds.

Many lightworkers as well as other spiritual initiates working for the greater good and upliftment of humanity and planetary conditions need to realize, as you did, that as a multidimensional being there is more than one aspect of Self, and that these Selves need to be integrated and aligned in order to fully reclaim and actualize their divine birthright as well as to better aid in the ascension/upliftment/restoration of planetary life. The time has now come for all way-showers to become aware of these various aspects of Self, the various Orders and Hierarchies of Life/Spirit, and humanity's true role within Creation – at least to some degree. Or to put it plainly, it's time for the rounding out of one's spiritual/mystical education in anticipation of the next stage of human evolution – the spiritual evolution/revolution that will see humanity throw off the  shackles of illusion and claim its rightful place among Creation. But first, one must awaken to the full truth of who they are.

May they come to realize as you have, that your Higher Self (also known as “star walker” in other traditions) is only one aspect – there is also in the main the Physical Self, and the Dream/Underworld Self. The Higher Self walks and communes with the Heavenly/Cosmic Hierarchy and receives glimpses into the divine cosmic plan, the Dream/Underworld Self walks and communes with the Planetary Hierarchy and receives glimpses of the divine template for Earth/Gaia, and your Physical Self serves as the manifest/material world bridge and point of expression between them. Most spiritual path initiates (in whatever tradition they work with) tend to focus and express through only one, sometimes two of these aspects of Self. But all three must be activated, aligned, and consciously worked with. And of course there are a multitude of additional aspects of Self in-between these three main levels – but for the sake of simplicity – these three are the most critical in regard to ensuring the success of the mission (unification and/or unity consciousness).

Many lightworkers for instance, prefer only to commune with Higher Self and do not want to ground within the Earth/Gaia. There is too much pain, misery, suffering they say, instead they cannot wait to go home – and yet how are they to transmute it and complete their work if they do not want to get their feet (or chakras) dirty? They do not want to accept or embrace their full nature - by being born into a  human body they are as much cosmic in origin as they are of Gaia/Earth and there is no avoiding passing through that level of spiritual initiation/education in order “to graduate.” For part of that graduation includes a clearing of the ancestral line for example, of which they were born into, among other things.

In general, one must learn to work and commune with all orders of life (seen and unseen, carnate and incarnate) within the local system of which they are a part – or at the very least, become aware of them.  As you have discovered, powerful bonds and alliances can be created through friendship, exchange, support and attentiveness that serve you as much as them. And many of them, want nothing more than the restoration/ascension of the Gaiac/Earthly experience. Humans were never meant to walk alone for true strength comes with the recognition of our inherent unity with other forms of life and/or consciousness. And these forms/orders of life/consciousness are broken or stunted in some way as well, because of the brokenness in humanity.

All forms of life/consciousness within a local system and spiralling out to connected systems, were meant to exchange energy and information with one another – not to be an island upon themselves. And this has been the greatest lie thrust upon humanity – that you are on your own, that you are somehow separate – that other realms or forms of life (seen/unseen) don't exist and if they do, they are evil and not to be meddled with.

Many earthly realms are considered dark, shadowy, and hellish or “evil” in nature. The Earth has been bathed in the blood of the suffering, how could it not be so? And while yes, these imprints and memories have been stored within the Earth, within your psyche's, within your blood (as you are born of the Earth), they too must be confronted and transcended if a healing and eventually a restoration is to be realized. For it is a confrontation enriched with higher truth and a great deal of wisdom and therefore cannot be avoided.

The template (or divine plan) that must be restored dwells within the depths of the Earth. It has always been there, a brightly glowing seed/sun that has continued to hold the original intent or blueprint of Earth. Also found within Earth or within its many realms are the planetary hierarchy including: the Council of 7 (the other councils extend outward from Earth), the world soul (the divine feminine/mother), your ancestors when not incarnate (moving throughout the mansion worlds or Devachan and yet still attuned to you), the spirits of the plant and animal kingdoms, the mineral intelligences who are very high orders of beings incarnating a small aspect of Self within the planetary experience, the Sidhe/Faery or the “shining ones,” those who are further along in Earth's evolution than current humanity and who long ago went underground, the elemental and directional spirits, and the spirits of place, not to mention the inner passage from Earth to her many sister realms as recorded in the myths of old.

Indeed, there is much magic, wonder, wisdom and even great healing and vitality to be discovered within the planetary realms. And most all beings within these realms, great and small, visible and invisible, seek to be united once again within The World/Cosmic Tree, so that the great Song of Life/Creation may be heard once more in its proper and pure frequency/resonance. For once the connection between these worlds is restored, humanity will once again experience what is known as 5D and/or a much greater experience of universal unity consciousness. The veil is already thinning remarkably fast now, as signs of the mysterious and the miraculous gain visibility.

It is recommended that if a spiritual initiate has not worked in a very committed way with their Dream/Underworld aspect of Self that they consider study and practice within an earth-based path and/or Shamanic tradition. If on the other hand, an initiate is quite familiar with this aspect of Self but not with their Higher Self (or star-walker self), that they really work on developing a connection with that aspect of Self. See previous post on Connecting with Higher Self. And again, keeping in mind the goal of expressing/integrating all aspects of Self, within the Physical or everyday personality Self.

The reason these additional aspects of Self are being highlighted at this time, and the reason you personally were triggered to move more fully into them this last year, is because very soon the many secrets that have been kept hidden from humanity, including its true past/history, will be made known. Add to that the flood of memories that will be activated/released within the blood/DNA of individuals as these secrets are revealed and concurrently, as the higher energy inductions from space continue to catalyze the awakening process, a great deal of confusion and upheaval is likely to ensue. If one is not grounded in their various aspects of Self, it may become very disorienting to at first process all the information, then put the pieces of the picture together correctly, as well discern truth from false memory and related emotional imprints that arise for transmutation. You and others like you (in touch with multi-dimensional aspects of Self) will help the masses make sense of what is happening. You will be needed as a stabilizing force for individuals and the collective on multiple levels: physical, emotional, mental and spiritual. You will also have a much truer and broader sense of what is actually transpiring in any given moment due to these expanded energetic linkages. And remember, you won't be doing this alone, you will have your new allies (seen and unseen, carnated or incarnated) assisting as well. Making you a rather formidable force against those seeking to keep the planetary experience a lowly one.

Much of the prerequisite work has been done – soon the unification begins. In many ways it has already begun. This means, any structures supporting the illusion of separation are soon to come crumbling down, that includes those internally constructed by individual minds. It is recommended that all spiritual initiates, lightworkers or way-showers spend this remaining time firming up their alliances and/or co-creative partnerships by actively working toward their own inner unification and reclamation process. For those already working at this level, such as yourself, it is recommended that you continue deepening and building out your alliances and further integrating various aspects of Self. For soon, all streams will converge.

April Bender is a healer, mystic, and seer