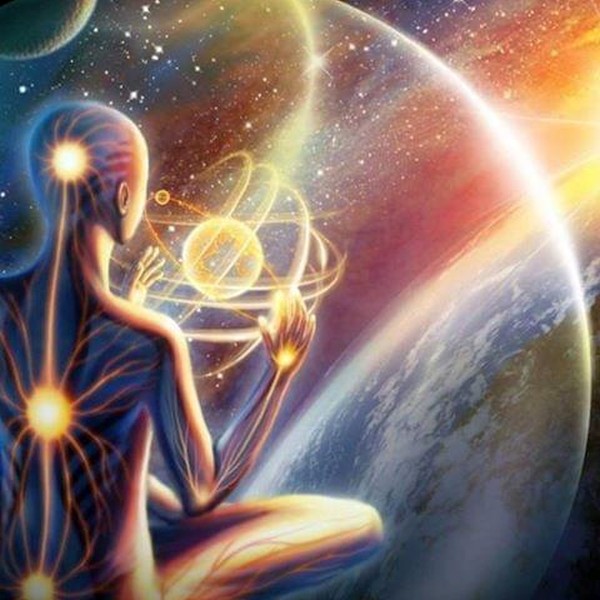 Is it enough to have a vision and a plan, if you are intent on shifting the reality you have into a reality that you are sure will be better for all who participate? This is the first step in making things happen, yet if you really have the intention to make things different, you must have a little magic in your pocket to give your efforts life. You don’t need to go through drastic rituals and incantations, but you do need to be aware of the power you possess within your bodies, your minds, and your framework of activity, if you are really going to have the kind of impact on time that you are here to create.

Within yourselves, you have much to draw upon, and while you are aware of it to some degree or other, you have ever more subtle ability than you realize. This is becoming more apparent to you, as a whole, as individuals watch their inner state create new realities around them in their own world. Together, you are capable of so great a change in your world, that to have this knowledge is itself a challenge to hold. We aren’t talking about anything other than your inner divine connection with the creative love of the whole of reality, recognized and unrecognized. No demons, no spectres, no imps. The ability you have to create a new world is something that your human spirit has been in training for for millennia. What we are calling magic is, in fact, merely your own human awareness of divinity within becoming activated through the love of being alive.

Do you think that it is enough to gather a few individuals, or thousands of souls, together to make the ones in power bend to your will? You are playing a game of power that you are unable to give your all to, if this is your strategy. You will have a hard time getting everyone to put their arms on the table to strong-arm wrestle the beast of beasts to the floor. To pit the singularity of human beingness against a gigantic, invisible opponent can never come to a satisfactory end for humanity. Not, that is, until you come to the understanding that the singularity is everywhere and nowhere. Then you arise.

The truth of your awareness of your power is thus limited: You have been conditioned to see strength in the will of the body to fight and survive. While this is one way of seeing strength, it is by no means the only way. The strength of a rock to withstand the pressure of a steady onslaught of water, for instance, is a testament to the rock’s core being, the self-definition of what it is to yield without losing its definition of the matrix which is its reality. Yet the gentle insistence of water’s flow shapes it and the incursion of water in the depths of cold, to freeze and crack the stone, shows that water is not itself powerless to create lasting change to what has been hard and intolerant of suggestion.

Patience of water’s understanding of itself as boundless and eternal, its knowledge of transformation into something as hard as the stone itself, is the secret to the magic that melts stony hardness into grains of sand with something as gentle as a drop of rain. No matter what the rock does to save itself from the transformative activity of the water, it cannot withstand the concerted efforts of water in all its forms to break its bonds to that which defines itself as stone, when it is in the way of water’s path to get back to its source within the heart of the world.

You are in the time of great uprising of consciousness, and the game of energetic exchange and manipulation is in full swing, in response to this upwelling of realization. A new king of the world is about to be crowned, and the whole of heaven couldn’t care less about it. This is the single most important image that your people can carry into the future: A king who would not be king, who would be the servant of the man, woman, or child in need of love and care. This is the purpose of sentient leadership. It is time for the kind of leader in this vein to become the one who is regarded as king.

Then heaven pays attention, for then it will be known that you have entered into the time of unveiling, and have made the decision to enter into the greater galactic coordination of civilizations. Until then, heaven can wait, and watch, and we will continue to elucidate what we can to help you find your way back.

You have organized into offshoots of this or that philosophical bend of thought, and you have grown from the ground the kind of groups that can make a clear signal in the wilderness of unknowing. Yet you are shooting arrows at the giant. We are aware of the totality of the mass of humanity’s desire to be free from whatever kind of oppression is locally felt and has been universally accepted. We have also seen the kind of push and pull within the fabric of humanity that will forever prevent you from achieving real and lasting autonomy. This is the one thing you have in the way of making the change happen, and it is one that doesn’t take a lot of effort, or energy in the form of money and time, to expend. It is something that cannot be infiltrated, and it is something that has encoded within it the organic growth cycle for humanity to reach its higher potential in self-aware, mutually sustaining organismal physics. In fact, it is the realization of what had been erased from the memory of civilizations and something that takes into account the truths made evident in the passage from innocence to recognition of love in greater and wider arenas than ever before imagined. You may find the need for various organizations to become relatively irrelevant, other than to facilitate movement and support.

From the understanding of love’s simple essence within the spectrum of human experience that we are elucidating here, everything will fall into place quite naturally.

What to consider as a core concept, then? When the human population of Earth has the knowingness that the experience of oppressor and oppressed can be flipped and counterposited, the formerly oppressed become the shapers of new beings; the ones who would mold the population to its desire and dictates become molded by the power of love that animates humanity and empowers its people. Only love has this power. All else fails in its emergence.

Now, as both stone and water, you have all had the experience of holding your ground, being one with your matrix, being lit by the fire of the heart of the earth, being molded by the patience of water, being cracked and broken by the force of frozen ice, being broken, purified, and made into jewels by the pressure of living, surviving, and maintaining the core of yourself in the face of all sorts of silent crushing pressures. You know as well what it is to bear down on the one who needs the discipline of weight to disperse nonsense and gain clarity of core strength and sentience. You know what it is to maintain the insistence of a patient beingness to withstand the obstacles that present themselves in the path of your natural flow toward source, toward fulfillment and meaning. You know what happens when the fire of your heart embraces the stony coldness of pride, of belief, of structure itself, and brings it to a state of fluid motion. In short, you know what it is to be on the part of the oppressor and the oppressed, and what it is to bring about change, even if that is as simple as giving yourself the discipline of a diamond heart, or impassioned fire purifying the truth of an experience.

In the face of a world in which nothing is certain, be sure about this: You are able to withstand both the breaking hammer of one who would crush you, and the fire of a thousand suns. The earth is your substance, its waters your awareness, its fire your passion, its wholeness your race. Humanity is what the planet has created in response to the human family in its network of worlds. In the face of the subjugation, the imprisonment, the exploitation of any member of that humanity, everyone can find within an understanding of the experience of both the one suffering and the one holding the reins of power. In the realization of that, the locus of power is flipped, and what has been powerlessness becomes aligned with nature’s elemental force. Be wise in how you choose your alliances, dear ones, and know that those who would coordinate your energies might not always be what they seem. Engage in the business of transforming the world judiciously, and feel the truth in having your strength nonlocalized, everywhere, immanent. Then no sentient entity of any sort can interrupt your movement toward the source of your wholeness. To quote your silenced star, be like water, and shine like diamonds.

We have 1295 guests and no members online