Peru’s Innovative Air-Purifying Billboard
A+ A A- 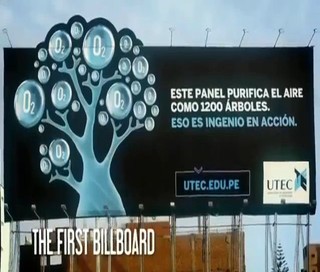 A recent report suggests that 90 percent of the world’s urban population is breathing air that fails to meet WHO safety guidelines. Among the world’s worst air pollution offenders is Lima, Peru’s capital city. While air pollution has declined over the last decade, Lima residents remain concerned with the health and environmental risks posed by the quality of their city’s air. One innovation that is (literally) changing Peru’s environmental landscape is the University of Engineering and Technology (UTEC)’s new air purifying billboard.

The billboard has been built on a UTEC campus construction site in downtown Lima and is capable of purifying 3.5 million cubic feet of urban air daily, the equivalent of 1,200 trees. It absorbs pollutants, filters them out using basic thermodynamic principles and yields fresh oxygen that extends up to five city blocks. The billboard is also energy efficient, running on recycled water and 2,500 watts per hour. It is also specifically designed to soak up construction materials, including dust and metal particles, to improve air quality for site workers and neighbourhood residents.

This is not the first time UTEC engineers have devised an inventive way to turn a standard advertising platform into an environmental instrument. In December 2012, the university installed an impressive water purifying billboard that converted air moisture into 9,450 litres of potable water within the first three months. It only cost $1,200 to develop and was equipped with a pipe and faucet to facilitate easy distribution of fresh water to city residents at the base of the structure.

UTEC’s new air-purifying billboard may prove to be a highly replicable model to tackle air pollution in urban centres. By leveraging an advertising platform, UTEC has created incentive for private companies to invest in the billboard technology. They have also provided a tangible and marketable way for companies and construction sites to take responsibility for their role in producing pollutants. 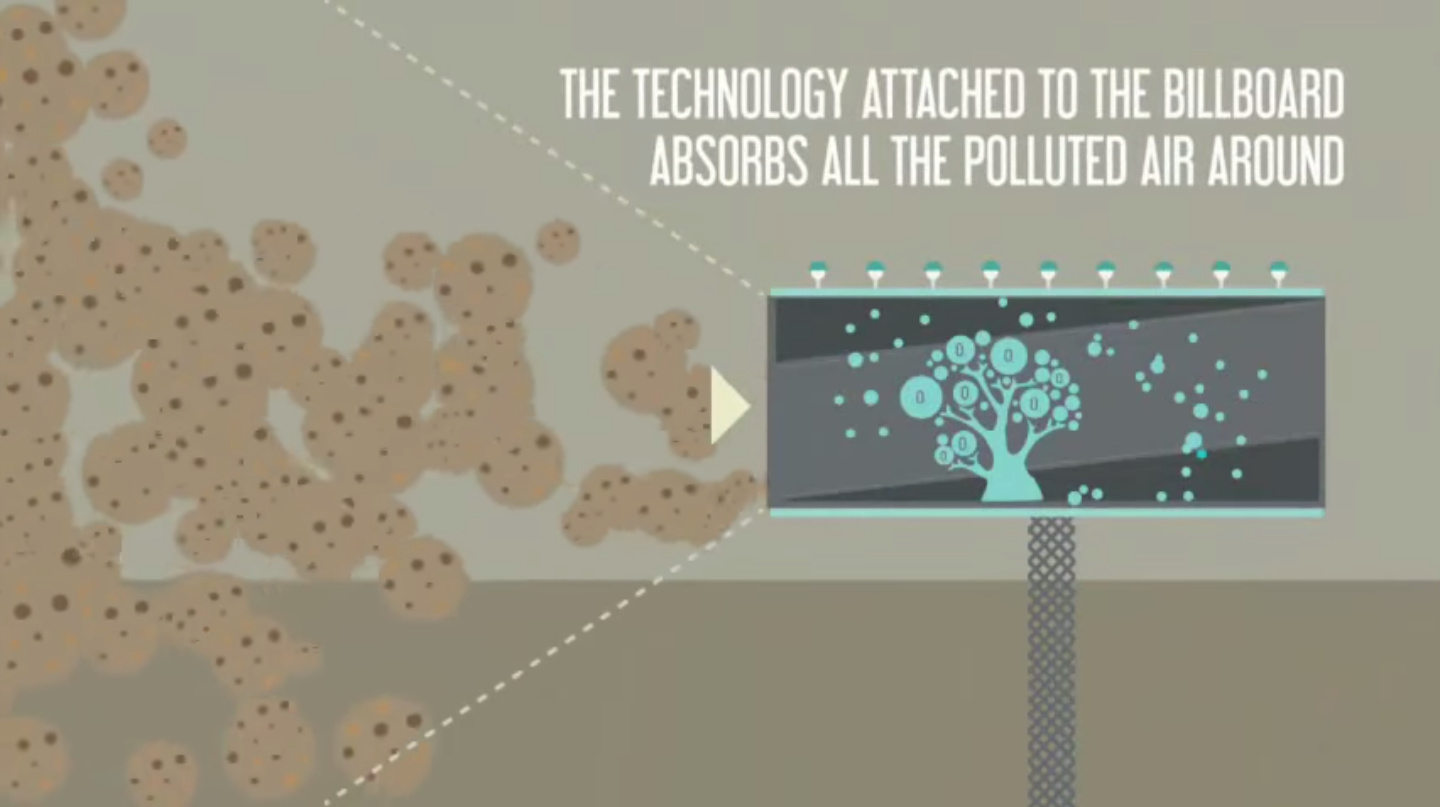 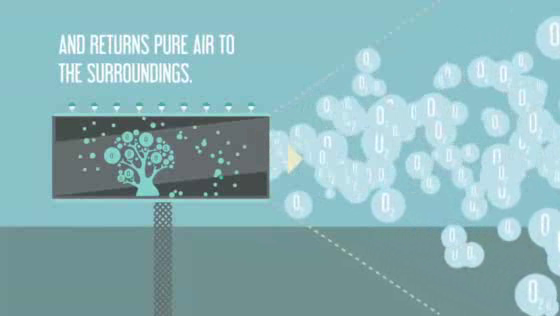 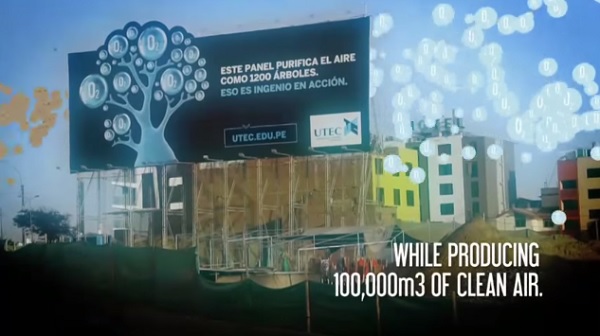 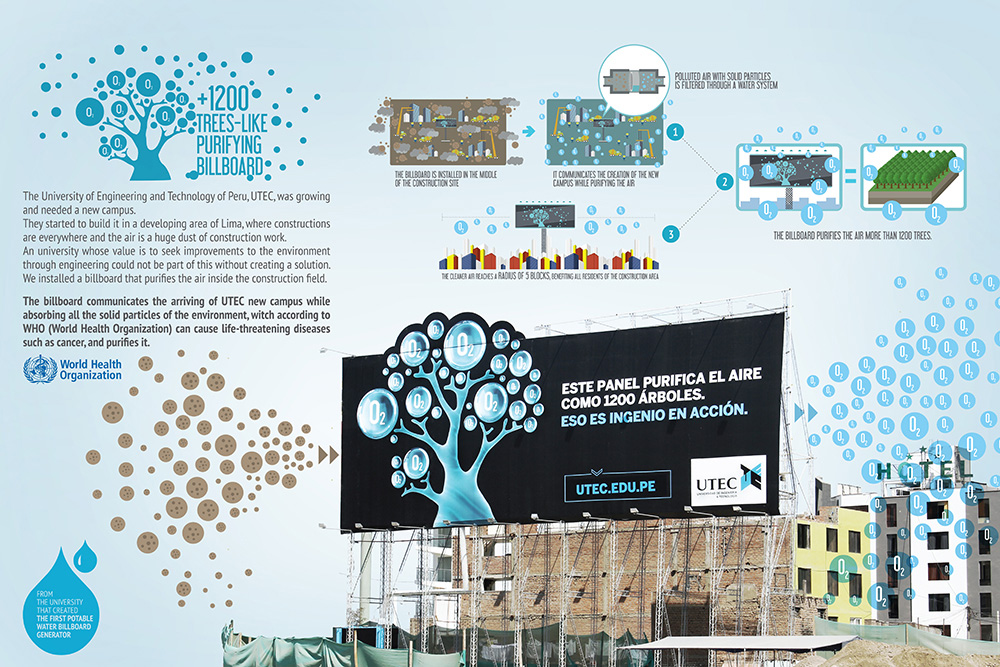 Article written by: Courtney Mollenhauer 19 May, 2014