Your Weekly Guide To Planetary Influences for ​November 9 to 15, 2020 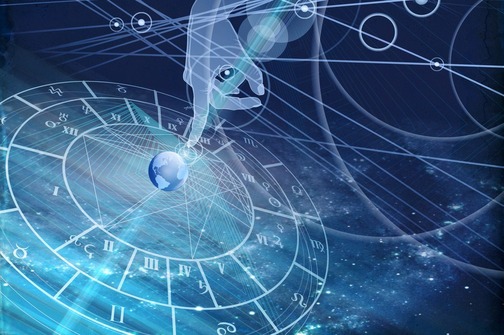 OUR JOURNEY through 2020 has been rocky, to say the least. Physically, emotionally, and spiritually, we have been challenged at every turn.

Many of this year's most life-altering twists and turns can be linked to alignments involving Pluto. We began 2020 with the Saturn-Pluto conjunction on January 12, which was when the world initially became aware of the novel coronavirus and great divisiveness was playing out on the political stage. This was the opening act in the drama that has been unfolding ever since, with its ensuing scenes powerfully defined by alignments between Jupiter and Pluto.

THE FIRST Jupiter-Pluto conjunction occurred on April 4, as fears about the virus peaked and we went into global lock-down. The next Jupiter-Pluto event was on June 29, as the second wave of COVID-19 was building worldwide, and rage against injustice also reached a peak.

This coming week, we have the third and final conjunction between these two planets. Once again, the trend on the COVID-19 charts is sharply upward. This resurgence of the virus, along with social and political tensions, are leading humanity to another crisis point.

THIS FINAL conjunction between Jupiter and Pluto is made all the more powerful in that it exactly aligns with the asteroid Pallas Athene, named for the goddess of Wisdom and War. This strong feminine influence could indicate a woman coming into power on the physical plane, as well as the Divine Feminine working with us on the metaphysical planes.

Also of note is that this conjunction perfects at the same degree – and almost the same arc minute – as January’s Saturn-Pluto event. (The Saturn-Pluto conjunction was at 22°46′ Capricorn; this Jupiter-Pluto conjunction occurs at 22°51′ Capricorn.) This is just another sign that events this week are powerfully related to the larger evolutionary shift underway, which is requiring the deconstruction of old social and political forms.

BUT THIS is about much more than only managing and surviving the external events. Pluto's job, as the Psychotherapist Planet, is to reveal and transmute negative energy. One of Jupiter's tasks, as the largest planet in our known solar system, is to exaggerate and magnify. The three alignments between these two planets are corresponding with great waves of negative emotion in mass consciousness, which must be transmuted if humanity is to evolve into its higher expression.

The first alignment in March/April brought forth a Wave of Fear. The second, in June/July, provoked a Wave of Anger and Rage. The third, peaking this week, might be described as eliciting a Wave of Distrust and Blame, or even Hatred.

THIS WEEK, as at each of these critical junctures, it is up to each of us individually to be aware of how we hold those misqualified emotions in our own energy field, and to do the work to transmute those emotions. We must first acknowledge the feelings rather than pretending they do not exist, and accept our own humanness. Then, we must likewise realize our Divinity, which enables us to be more than simply human.

This work of transmutation can be done on many levels and in many ways. We can use techniques that allow us to express any repressed emotions in a safe way, and then call in light or the violet flame to move through and help clear the debris from our individual field, and the quantum field as well. We also can use the vibration of sound or color to assist us in releasing lower-frequency emotions. One of the keys to doing this successfully is not to attach to or label the emotions, but simply to allow them to process and release.

Whatever methods work best for you, now is the time to use them. We are not yet past the time of challenges. Jupiter and Pluto are doing the work of revealing humanity's shadow. As workers for the Light, we are called to do the work of transmuting the negative emotions that arise, for ourselves and for the collective.

ADDING to these complex energies, we have a long list of other aspects that will also perfect this week – too many to fully describe here, given all that is going on! I'll do my best to post on Facebook during the week about the ones that seem most important.

But, I do want to talk about two other significant events that are also on this week's agenda: Mars going direct and the Scorpio New Moon.

MARS has been retrograde in Aries since September 9. Over these past two months, while outer progress may have seemed slow and tedious, we have been called to do much work on inner levels. Mars retrograde is a time for us to realign our energies, and obstacles have shown where our desires were not fully in sync with higher purposes.

If we have done this work of realignment, we will start to see more progress once Mars goes direct on Friday. But for most of the coming week, even though Mercury is now direct, we should expect a few more delays in the realization of our desires.

THE NEW MOON occurs on Saturday, November 14, at 9:07 p.m. PST. The Sun and Moon will conjoin at 23°17′ Scorpio, and will be in strong aspect to many of the other planets. These include close sextiles to Jupiter, Saturn, Pluto, and Pallas Athene; a tight quincunx to dwarf planet Eris; and a loose trine to Neptune.

Many of these aspects are very positive and supportive, indicating a true "new beginning" is possible, especially with Mars having gone direct the day before. I especially like the trine to Neptune, which will help us be in compassion and also trust in the Divine Plan.

BUT we can't ignore the hard aspect to Eris, which indicates a potential disruption in the proceedings. Remember that the primary myth of Eris tells of her tossing a golden apple into a wedding party, an act that precipitated responses that eventually led to the Trojan War.

With Eris involved in the New Moon chart, we can expect that this new lunar cycle will be quite eventful – especially since it marks the beginning of eclipse season, with our Full Moon on November 30 also being a Solar Eclipse.

Eris continues to be a strong influence throughout the rest of the month, due to being exactly square Jupiter and Pluto next week. More on that influence in the next Journal.

IF YOUR BIRTHDAY IS THIS WEEK: This coming year is designed to propel you forward on your path of higher purpose in the world, while also providing opportunities for you to strengthen your spiritual practice. Along the way, you may need to adjust your expectations for immediate gratification, for this is a process rather than an event. As you work to align your will with the higher will, you are supported in creating the new forms that will best represent your higher mission. (Solar Return Sun sextile Jupiter, trine Neptune, sextile Pluto, quincunx Eris)

In gratitude and light,
Pam

Aspects of Note this Week

We have 1627 guests and no members online