Pregnancy and Psychic Abilities, What’s The Connection?
A+ A A- 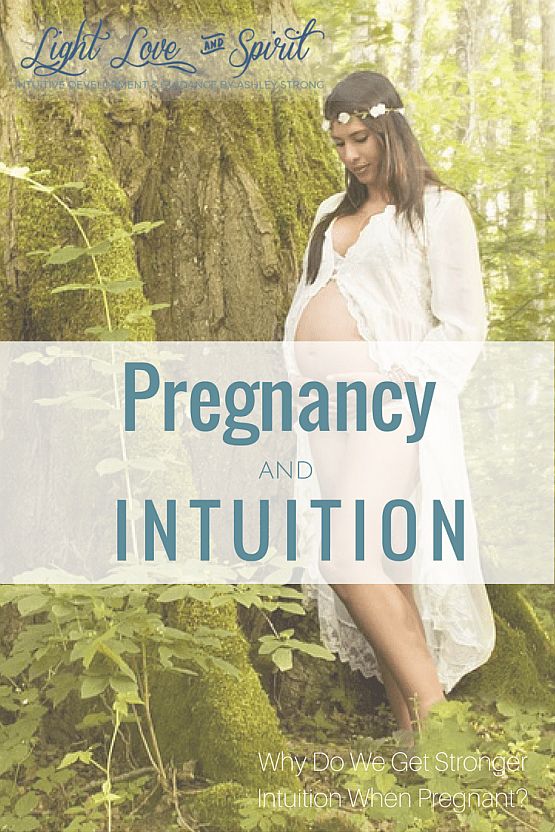 Sometimes being psychic can just kind of – creep up on ya. Like when you’ve got a baby on the way! Is there really a better time to introduce an exciting new ability than when you are growing a new life? No pressure, no pressure at all.

Well, what if I told you that this is totally normal and it actually happens to tons of women around the globe? Don’t believe me? Just google pregnancy and psychic abilities and see what pops up! Thousands of forums filled with women speaking about precognitive dreams, visitations, and heightened senses.

Funny, guess that sense of smell isn’t the only thing that is ramped up, huh?

This “6th sense” opens up usually a few months before the mother conceives. This gift will often hang around for a few months after the child is born. Other times, it stays…for good!

So, let’s chat. No, I’m not going to explain to you where babies come from (at least not how they’re made, you’re on the wrong blog for that!) I’m going to talk to you about my experiences that match up to thousands of other experiences on many different baby forums. Crazy to think that so many of us have very similar experiences!

My husband and I got married and then left straight away for a beautiful honeymoon in the Dominican. We had decided to have kids right away but to be honest I thought it would take a lot longer than it did. I wasn’t attached to the idea that it had to happen right away so it was really not in the forefront of my mind.

After we came home I started having more frequent visitation dreams from my grandmother. I didn’t think much of it because ever since she passed it’s been that way. She visits for a week or so at a time and then she’s gone again. I’ve learned to appreciate the time I have when she pops in. This time, however, she was giddy and she hung around for 3-4 weeks instead of 1.

One night I had a dream that I was laying in a hospital bed. My grandmother and a male doctor then came in and handed me a little baby boy wrapped up like a squishy burrito. It was an incredibly vivid dream that I still remember to this day.

The next morning I woke up and thought hmmm…could it be? Sure enough I “passed the test”. When I saw the positive sign I let out a yelp, then a laugh, then had a slight Oh sh*t moment. Then I laughed and cried some more. It didn’t take me long to realize that my grandmother had actually brought my baby’s spirit to me before I even thought I could be pregnant.

The funny thing is I really realllllly wanted a girl but deep down knew the entire time he was going to be a boy all because of my dream. So glad he was a boy though, I wouldn’t trade my rambunctious 3-year old for all the pigtails in the world.

This is how it starts, usually. Dreams, visitations from our loved ones, and even our own children visiting us before they come out to play. It’s incredibly beautiful! In addition to those intuitive hits, it may be easier for you to pick up on the emotions of others and you may even start to sense spirit in your space!

So why does this happen?

When a mother is pregnant she is actually a conduit for spirit energy. This is because while the baby’s physical body is being formed the spirit still has a bit of work to do. They may still be working on their life plans, contracts, and doing other preparations. They will be swooping in and out to check in throughout the pregnancy. Thus leaving mommas energy open and clear – I.E she is a clearer channel

Mothers also have to be highly attuned to their body’s during pregnancy. This causes all of their senses become heightened. Of course, this would heighten the intuitive senses as well!

Even though the moods, emotions, and energy levels of an expectant momma may be all over the place, their vibrational frequency is much higher! Every cell in their body is working hard around the clock. They are growing a beautiful life inside of them, providing yet another miracle to this planet. Their vibration has to be attuned to keep up with all of that!

If you’re a soon to be momma and you’re wondering why all of a sudden you feel like a psychic super woman (or a crazy person though I prefer the latter) it’s because you’re senses have burst open and you my dear, are a vessel for a tiny little baby spirit!

So what can you do about it? You may need to start managing it (empaths!), perhaps you want to hone in on it, or maybe you just want to understand it? If so check out the intuitive development course! This is a time for nurturing your body, mind, and spirit!

Ashley Strong is a psychic medium, intuitive teacher, and spiritual mentor. She works to give a down to Earth approach to a not so down to Earth subject.
Source

We have 1200 guests and no members online