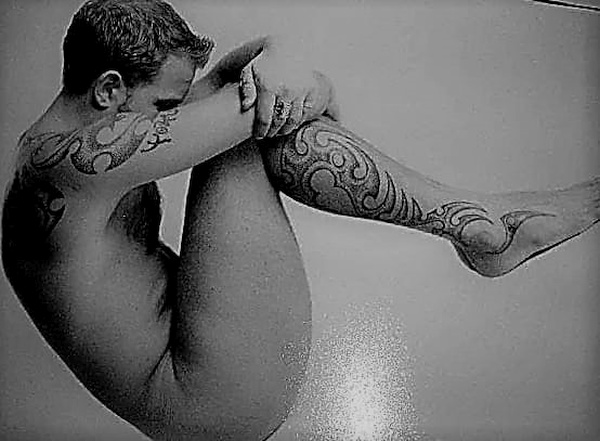 It takes a strong philosopher to grab ancient teachings and present them in such a way that these teachings have been propelled all the way to our current times; that philosopher was no other than Friedrich Nietzsche.

His philosophy on the eternal return was based on ancient Gnostic and Alchemical teachings, and although most people use his theory to support one side of the argument (life is chaotic, predetermined, nonsensical), there is a another side which complements the old teaching of the Eternal Return and which Nietzsche also tried to convey to us through his theory of the “Ubermensch” or the concept of the Superman; the hero that rises.

These teachings show the relationship between the eternal Nietzschean return and the transformation of the experience of time. The eternal return symbolizes an ephemeral and transitory existence. Regarding the past, the eternal return teaches us that an identical repetition is a non-repetition. Love fati comes from the eternal return, as the most extreme form of fatalism, which leads to the overcoming of nihilism, completely different from the common belief of passivity and resignation.

The open future is constantly present in Nietzsche’s writings, however, doesn’t the eternal return contradict free will? Superficially one would say so, however the teachings of the Superman (free will) beautifully compliment teachings about the Eternal Return. Both are necessary to prevent falling into fanaticism; false laws of absolute-denying balance (balance: destiny meets free will).

The eternal return represents a logical approach that which has to do with the idea of infinity. In this regard, several religions, philosophers and first-class physicists have spoken; pro and against it. The eternal return is often represented by the snake paradox; in Ancient Greece the paradox of the snake was raised through a drawing that is known as “ouroboros”. This represents an animal that gobbles up itself. Specifically, it is a snake that bites its tail and begins to swallow it. This paradox rises the question “if a snake begins to eat its tail and ends up eating its entire body, where would the snake be? if it is inside its stomach, which in turn is inside it?“.

The paradox of the serpent represented through Nietzsche’s eternal return, refers to the relationship between the finite (destiny) and the infinite (free will)–most people tend to get this backwards as they see free will as the finite force. However; in a pre-deterministic universe of 1 and 0s, no matter how vast the combination is, the answers although abysmal are finite. While the pure force of will which is born from the divine spark; which was and always will be; is truly infinite.

The paradox also refers to the cyclical of existence and everything that exists. It challenges the concept of linear time, in which we believe we move forward, leaving everything behind yet nature’s law as proven by the Fibonacci sequence, is spherical not linear. The figure of the snake or the teaching of the paradox regarding the eternal return, is a metaphor for the encounter between the beginning and the end; meeting at the exact same point. From that perspective, there really isn’t a beginning or an end but an eternal repetition of cycles in which everything returns to its origin.  As such, time would not be linear–there could be the paradox of moving backwards, of progressing back to the beginning. However, if we pay close attention to the Fibonacci sequence, life does not keep repeating itself within one circle but rather each spiral is greater than the previous–expansion!

The eternal return or the paradox of the serpent which eats its tail can also refer to the concept of “infinity”–the argument can be applied in one way or another– hence fanatic beliefs do not help, neither does it help to only learn or scrutinize one side of the teaching without the other, as both the eternal return and the Superman theory are two sides of the same coin–that is what Nietzsche and ancient sages where trying to teach us; they were not contradicting themselves. The paradox can be defined as that which has no end; it could be understood as that which is so extensive and numerous that seems impossible to limit. However, as I already mentioned, beginning and end are realities that always end up meeting (once more destiny meets free will).

Time as a cycle, represented in the snake paradox, also suggests a reality: every moment of the present is devoured by the future. This can be reflected in man’s life–born from seemingly nothing only to return to what many consider the vastness of nothing.

The principle of the eternal return can be presented mathematically and ontologically:

Mathematically: Time is infinite but the matter and energy of the universe is finite. If this is so, the way of combining that matter and that energy is finite. Therefore, in that infinity of time, several times the same combination will be repeated–what has been, will be again. The molecules that make up my body, at some point, will combine again in the same way and produce another being just like me but wiser (Fibonacci/spherical/expansion), in other words we carry the learnings within us–energy doesn’t die, it can only transform.

Ontologically: the eternal return becomes a reaffirmation of the transience of life: we advance towards our own nothingness–or what may seem like nothingness to those who only observe one side of the coin.

Jung, for his part, speaks of “regeneration,” the process of killing oneself; figuratively; to give self life. He points out that this is the very root of unconscious processes. To him rebirth was no different than what the Initiates had already taught–the rebirth of Christ or Buddha–it was never to be literal but figurative–a concept most people have a hard time comprehending because often their dogmas have not familiarize them with the way of the Initiates, their teachings and practices of the time.

To be reborn was to succumb to the shadow and reemerge whole, integrated (light and darkness) instead of seeking to mentally, physically and spiritually castrate ourselves. In other words, only by respecting and embracing the laws of life and the universe, by properly seeking to understanding them and apply them, will we (infinite) be able to transcend the eternal return or law of the universe (finite).

Only when we learn that free will is to become responsible for self, to embrace both sides of us, will our will have any effect on our destiny. For we cannot create life by simply chanting repetitions. For our power to be exercised, we first got to discover who we really are– emerging from our own darkness, recognizing the beauty hidden within it– then we become our own hero or as Nietzsche said “Superman”.

“This process of regeneration is at the same time a symbol of immortality, since the ouroboros kills itself and brings itself to life, fertilizes and gives birth. He symbolizes the one who proceeds from the clash of opposites, and therefore constitutes the secret of the raw material that indisputably comes from the very root of man’s unconscious.”