The Feeling That You’re Always Behind on Work 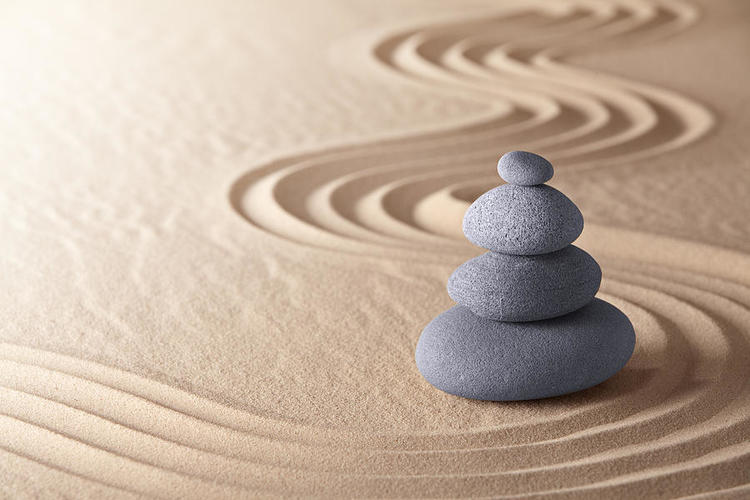 Many of us have a constant neverending feeling that we’re always behind on what we need to get done.

We wake up and already have a sense that we’re behind, and the slight anxiety that comes with that sense causes us to jump into our day, checking messages and email, starting the treadmill of tasks and distractions and busyness that doesn’t end until we fall asleep.

How do we deal with this slight everpresent feeling of anxiety and this sense that we’re always behind on everything?

The answer comes, I believe, from slowing down, simplifying, and cultivating a sense of contentment.

Let’s look at each of these in turn.

When we rush through the day, constantly doing small tasks and checking and responding to messages and running to distractions … we will always feel a slight sense of anxiety, because we are churning through things but feeling like we’re never getting anywhere. It’s a nonstop treadmill.

Slowing down is about pausing in the middle of the rush. Taking a breath. Creating a little space. Reflecting on what we’re doing. Finding a little mindfulness, being present with our bodies, breath and surroundings.

Then asking, “Is there really a need to rush to the next thing? Can I stay and be present with this one thing? Or do nothing for a little bit?”

Also ask if there’s really an imperative to be moving right now, to do everything. In truth, we create the problem of being behind — it’s not really true. It’s created in our minds, like all problems. Instead of allowing this problem to be solid and real, can we let it be less solid, like a mist?

What would it be like to just sit here and do nothing for a little while? Will the world collapse? Will we be out of a job, and lose the love of everyone we care about? Can we find the never ourselves instead of worrying about losing their love and respect?

Can we stay with the feeling of being behind, of feeling pressure and anxiety? What is it like just to feel that, without needing to act on it? Without needing to get rid of the feeling, as if it were some kind of problem? What if this feeling were exactly what we needed to feel right now?

These are the things we can contemplate and practice with if we slow down just a little bit.

Once we’ve slowed down, and started to practice mindfully with whatever is coming up … we can start to simplify.

What does it mean to simplify in this case? It means to let go of attachments to doing everything.

For example, if I’ve slowed down, I might take a look at my todo list for today … and realize that it’s a complete fantasy. I’m not going to get all of that done. Let’s move one thing to tomorrow, one task to a “Later This Week” list, and one to “Later This Month” (or even, “Do Next Year”).

Basically, we’re simplifying what we’re going to focus on today.

In fact, pick just one thing. If you could do just one thing for today, what would really make a big difference? That’s not to say that you’re not going to do the rest, but you’ll only do them if you have time after you’ve done this one thing. What would that one thing be?

Now let go of everything else right now, and just focus on this. It’s your entire universe. You can be completely present with it.

This is what it means to simplify. Picking one thing (even if it’s just answering one of those emails that have been sitting in your inbox for a week), and then letting go of everything else. Letting this one thing be enough, for right now. Letting it be everything.

Cultivating a Sense of Contentment

What does it mean for this “one thing” to be enough? It means acknowledging that it’s impossible to do everything on your list, impossible to get everything done. So you have to focus on one thing, and let that be enough.

“Enough” in this case means you’re content with doing this. It’s a beautiful thing to do, worthy of some of your precious life, worth letting the sands of time slip through your fingers because it’s important and wonderful.

In this way, we’re cultivating contentment. Maybe you’re not content with everything in your life, maybe not with yourself or others … but you’re content with this one thing, right now. It’s lovely, meaningful, enough. You love this one thing, this one moment, just as it is. You’re finding full appreciation for the miracle of this moment and this task.

If you can cultivate that for one thing and one moment, you can do it for the next. And the next. Soon you’ll apply this lens of enough and full appreciation to other things you do, and to yourself. To other people in your life. To this world.

And all of a sudden, you’re not behind on anything. Because what you’re doing right now is enough. And it’s all you have. Which is perfect, as it is.