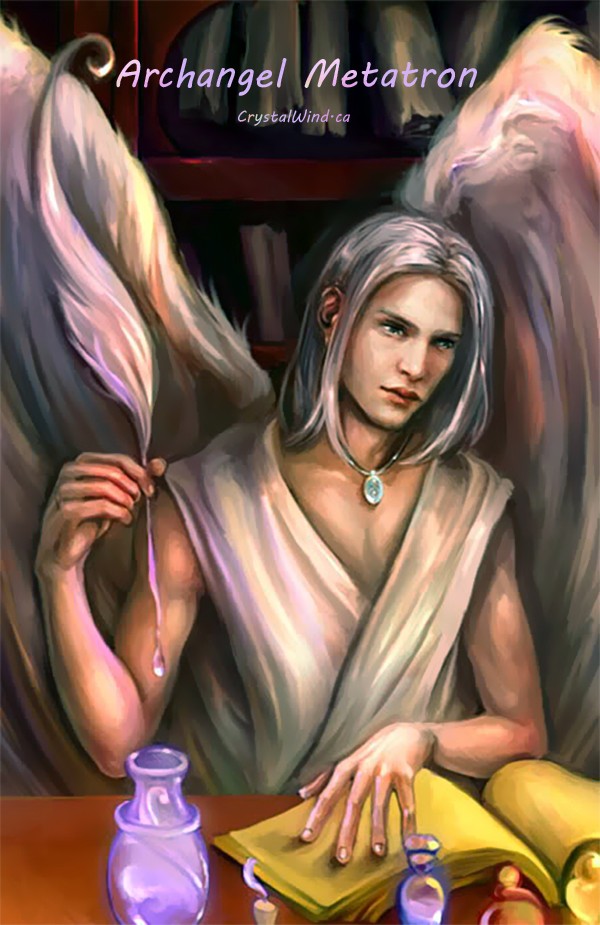 Dear brothers of planet Earth! I am METATRON!

I can say that today your planet is completely enveloped in various layers of Light; layers of love, health, peace, transmutation, protection, as if various colors were manifested around the planet, each one with its function.

I can say that each of us at this time is paying very special attention to this planet, because something very important is about to happen. And all the love, all the balance, that we can all generate, is being released on the surface of this planet and in the hearts of all who reside here.

Do not be attached to what is shown to you. Don't get attached to moments of despair. All those who feel cornered react. And by the spirit of those who have always manipulated this planet, there is no surrender. This does not exist in their minds. They were taught to fight to the last, to deal as much damage as possible, just when they feel cornered. So don't get attached to what you see or hear; and I can assure you that you will still see a lot of barbarism. The great objective is exactly this, shock, despair, bring more and more fear.

What is your role? Don't look at that. It is not just pretending that nothing is happening, because this is not true in their minds and hearts. It's just seeing everything as "a small drop in a big ocean", which means that it doesn't matter. The Light acts at each point. And precisely because of the action of the light, everything is being exposed, but it is being exposed in some way, not to create awareness, not for you to learn, not for you to be careful; everything is exposed to causing discouragement, sadness, lack of will, to believe that one day all this can improve. Nothing else is hidden, the truths will appear more and more.

So what is needed is to understand, that it is not to discourage, to rebel, to accuse, to judge; there is a lesson there. What lesson? The lesson that nothing else is hidden and has good results, not actions contrary to the Light. Actions that are governed by the Light are bearing wonderful fruit and fruit. Because the Light is helping in this way, multiplying good thoughts, good attitudes, good deeds. The Light is not multiplying the pain and despair, it is only showing the result of your own choices. But still, it seems that many do not care about that.

Selfishness is still very present in the hearts of your planet. People only think of themselves. If it's good for them "then to the fire with the rest". This is how they think; the vast majority. So there is the world that you create in this way, a selfish world where no one thinks of others but only of themselves. And all the actions that you are seeing being revealed are the result of exactly this behavior, that you think only of yourself, that you don't make good choices, because good choices don't seem good enough to you.

In general, the bad decisions are that they bring the benefit to the selfish and the rest pay this bill. But the moment is exactly to trust that everything will be revealed, nothing else will be hidden. Any little falsehood or blow will be exposed to those who have an open heart, to know the truth. Those who don't care about anything but themselves, don't care what's going on out there, want to keep getting the fruits of what's good for them, the rest of the world doesn't matter.

So each moment, each one of you is making a choice and the most important choice at this moment is to think of the Whole, is to think of the actions that will be good for the Whole, not just for you. Begin to learn to let go of selfishness. Look at everything with the eyes of your heart and you will see where the lie exists. Whoever looks with the eyes of selfishness and the mind, it is because they do not want to see the truth, they prefer to remain in the illusion, but with their own benefit, always.

Your planet is moving towards new times, where there will be no more place for lies, where there will be no more place for falsehood, for great ideas contrary to the Light, to benefits themselves, to everything that is done in the name of something that is only for its own benefit and never for the Whole. This ends here. Make good decisions. And what are the good options? Those who look at the Whole, not at themselves; not to brag about what has already been done. Has it been done or is it too easy to say it has been done?

My brothers, words are something very easy to put together in a sentence, in a great speech, in books. Now where is the truth in every word? How do you know if every word you say represents the truth? Listen from the heart. And what is listening with the heart? The first question is: "Is this being said for the sake of All? Is this possible? Is this being said for the benefit of those who are speaking?" Answer these questions and you will have the answer, either true or false.

I would tell you that today we will have to intervene in most of the planet, because its rulers (few) really think about who they rule. So be very calm, because everything will happen according to the Light, according to the purpose of the new times, which is equality, balance and the expansion of love throughout the planet. Anything that escapes this will not spread, will not exist, will not be present.

So be ready, from the heart for the changes and there is no point in getting together in small groups or large groups to try to lower the vibration of the planet so that none of this happens. This process has already started and there is no way to stop it. It grows every day and the day of its great culmination will end the reign of those who have manipulated this planet for so long. Now the disciples who remain here will have a choice: they can change or simply follow in the footsteps of those who guided them, but I assure you that for a very short time.