Archangel Michael: The 2/2 Portal and Aquarius the Water Bearer's Activation of the Aqua Heart

Archangel Michael: The 2/2 Portal and Aquarius the Water Bearer's Activation of the Aqua Heart 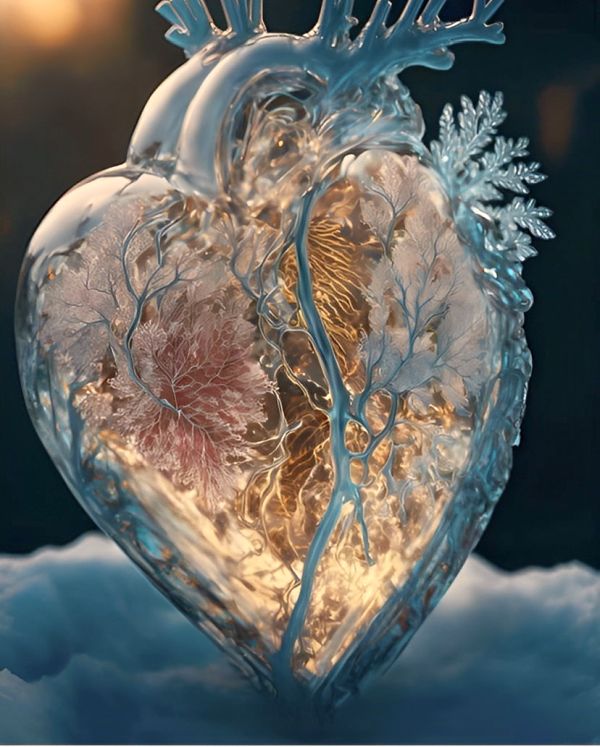 Dearly Beloved Souls, you stand now at the threshold of the New Earth Aquarian Age.  You are ready to complete and anchor your transition into the Multi-Dimensional New Earth.

When we worked with you previously, in December of 2022, we activated the Golden Solar Heart (8th Dimensional) and the Galactic Diamond Heart (9th Dimensional) to allow you to access and ground those Higher Frequencies.  Now we are inviting you to activate and energise the Aqua Heart aspect that connects you to the pure flow of Crystalline Cosmic Water from the “Throne of God” or Source.

The image of the “Water Bearer” holding a container of Cosmic Water that is poured out onto the Earth is the symbol of the House/Constellation of Aquarius.  It signifies heavenly “water” or plasma energy that is transferred from the Higher Dimensions or realms to the Earth.

It is received on Earth by the Human Angels who are able to carry these crystalline energies via the Crown and Heart Chakra. The “Aqua Heart” is a Cosmic/Galactic level of the Heart that receives the frequency of Water Plasma and aligns with these higher impulses.  The Aqua Heart is pure, pristine and crystalline and it receives the pure transmissions of the Celestial “River of Life” so that the Earth and Humans can activate the pure crystalline aspects of their New Earth bodies.

As you begin to open to the frequencies of the Aqua Heart, you are assisted and supported by the Elohim Angels, and also the Cosmic Whales and Dolphins.

The “medium” of the Cosmos is Plasma, or higher forms and frequencies of energy.  When the Human Angel is ready to activate the Aqua Heart, then the Angels step forward to support the expansion.

The Whales and Dolphins who exist and create in this Cosmic Medium too, are also part of this Aquarian expansion into the Galactic and Cosmic “waters.”  They will be on hand to teach you how to flow and spiral in the Cosmic Oceans.

The Aqua Heart is the vehicle of Galactic movement and Interstellar Communication and Travel.  It is how you reach into the Source/God Frequency of Who You Are in the great Spirals and Vortexes of Light and Being.

WATER, PURITY AND THE NEW EARTH

As you connect and re-connect with the pure flows of Interstellar Water Plasma, you connect with water in its highest and most crystalline state.  This initiates a process of radical transformation in the water stream particles both within your physical bodies and within the bodies of water on your planet.

The toxic residues will be released and there will be a movement towards cleansing and purification.

As the body purifies, it becomes more crystalline because the water molecules become more organised and structured.  The Icosahedron form becomes clear and water becomes both clear and pure as it moves towards its quantum state of Plasma in the higher dimensions.  It is Water that holds the crystalline forms in their highest states of radiant Love and Gratitude on Earth.  And it is YOU, Beloved Human Angels who program and structure the Water by holding the consciousness of Love and Gratitude in your bodies.  It is YOU who can purify and transform the Water of the Planet by working with the Communicative Consciousness of Water to send out the daily message of Love and Gratitude.

As the Oceans and the Water bodies on Earth begin to purify, so also will the Earth regain her Crystalline Purity and Radiance and the New Lemuria will rise. The New Earth and the New Lemuria will be a place of crystalline purity and radiance.  And within this setting will live communities who understand the importance of Water and work with its energies on all levels and dimensions.

I Am Archangel Michael.