Archangel Michael: Will You Be Among The Chosen?
A+ A A- 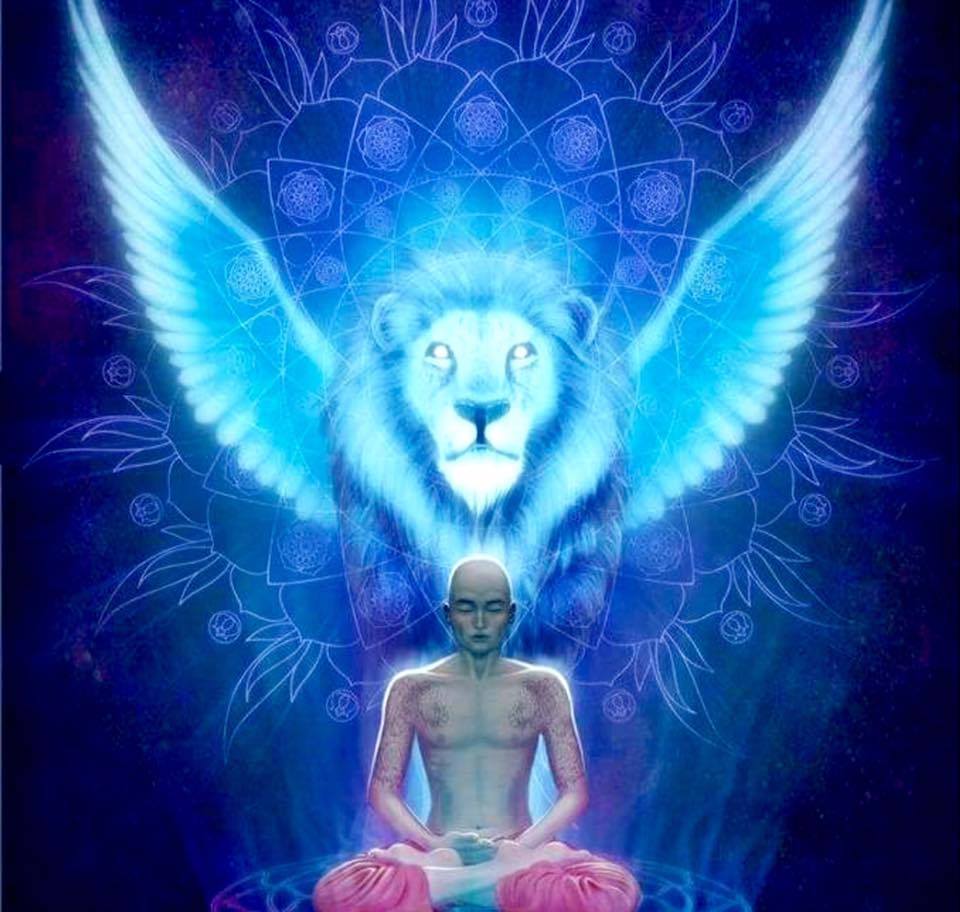 Beloved Family of Light, you have now reached a time in your year of 2017 when great change is at hand.  We would call this the Great Shift of 2017.  Indeed, as we have said earlier, 2017 is the year of Sacred Planet Earth, and the year of New Beginnings.  The incoming Light Codes of the first half of 2017 have laid the seeds for the rising New Earth Consciousness to manifest on Earth.

This is why it is so necessary for you to maintain your personal energy signature at a high frequency, and to come together with others who are at a similar frequency of Light and Consciousness, and to contribute to the emerging Unified Field of Higher Consciousness.

This emerging field has now reached the point where it is powerful enough to be the motivation for major shifts on the Earth.  The energies of July will build up to a climactic point in August at the Lion’s Gate and the Lunar and Solar Eclipses in Leo, especially the Total Solar Eclipse on the 21st of August.

This will be a fairly lengthy period of sustained intensity, and Beloved Ones, you will need to focus your intention into maintaining your inner Peace and Power as you pass through this period of challenge and testing as you bridge between the New and the Old in your lives.  Do not despair, do not fall into victim consciousness or anger, but allow yourselves to remain in that place of Trust and Flow.  It is not a time to be active and to try to make the changes.  It is rather a time to go within and surrender to a greater power, while allowing your self to flow into the changes with confidence and trust.

The Full Moon in Capricorn

The first major point of energy acceleration will be the Full Moon on July 9th.  This Full Moon falls in Capricorn, which is being strongly influenced by Pluto, also in Capricorn.  Pluto powers Transformation and, together with the powerful magnetic energies of the Full Moon, will be an agent for bringing up very deep feelings and emotions for transformation and clearing.  Allow these to come to the surface to be released and move away.  Do not hold onto them or feel despair or guilt.  Just simply release them and let them go, very gently.  In the old energy you would work very hard to process such feelings and put much energy into finding out the reasons for such feelings. In this new multi-dimensional energy, it is enough to simply recognize what arises, and let it go with love, knowing that you no longer need to wrestle with such feelings and emotions.  It is enough to let them flow away as you focus on where you are in the present moment and what you desire to create.

Indeed, the Full Moon will be a time when many old patterns will finally be released to make place for the New Earth templates of perception and expression on the Planet.  It will be a time when you will need to fully grasp the concept of Multi-dimensional living, and be able to recognize frequency and vibration, and make the choice to anchor your own personal vibrational frequency or Energy Signature, in the New Earth energies.

You may need to spend time in the lower frequencies of the old energies because of your work or family, but you can see these times as “temporary visits” before you return to the higher frequencies where you are most comfortable.  Many of you may still be in the role of “bridging” between the levels of frequency, in order to assist those who are yet to awaken and cross over to the New Earth frequencies.

Beloved Ones, even if you have to experience the chaos and fear/anger around you at times, remember that you are Warriors of the Heart and Embodied Masters of Light, and that the Love and Radiance in your Heart and Soul will protect you and open pathways of Abundance, Harmony and Joy in your lives as you express the Unified Field of Higher Consciousness.

The next major energy acceleration will be the Planetary New Year on the 26th of July.  This date was known, to the Ancient Mayans and the Ancient Egyptians, as the moment when Planet Earth begins a new cycle in her ongoing evolution.

This is preceded by the “Day out of Time” which falls on the 25th of July.  The 25th is a Magical and Sacred “womb space” where transformation from one time cycle to another is birthed.  It is a time to be joyful and creative as you lay the foundations for your New Year cycle at the highest level possible. This creative and festive energy will carry you into the 26th when the Planet and all living beings will begin a new personal cycle of creation and being.

For the Ancient Egyptians, this time was marked by an annual event called the “heliacal rising of Sirius”.  This is the time when Sirius rises in the morning sky right next to the Sun.  It was also the time in the Egyptian calendar when the Nile would rise and flood the lands bringing fertility and abundance to the people.  In addition, Sirius was also known as the Sacred Teacher Star, and when its powerful Light Codes aligned with the Sun they were transmitted to the Earth through the annual Lion’s Gate portal.  The Lion’s Gate portal begins to open on the 26th of July and reaches its climax on the 8th of August as the 8/8.  This is the powerful time of the “Two Suns”, one Golden White (the Sun of Earth) and one Electric Blue (Sirius).  The Diamond Light Codes that carry the patterns and templates for the next spiral of time are transmitted from the Galactic Center and amplified by Sirius as they are integrated into the Earth Planetary Time Cycles.

So, Beloved Ones, you can see that the climactic points of this series of energy alignments and accelerations will be the Lion’s Gate on the 8th of August and the two Eclipses in Leo of August of 2017.

The Lion’s Gate is a powerful portal in Leo that is under the guardianship of the Royal Spirit Lions of Sirius.  These Magnificent Beings of Light, known as the Lions of Yesterday and Tomorrow, hold the Sacred Space for the New Light Codes and Evolutionary Templates to descend to Earth and to activate the grids and Light Bodies of all who are receptive to lifting their evolution to a higher spiral of Consciousness.

It is very necessary to keep your personal consciousness and energy signature at a high level at this time. And to take full advantage of the flow of Divine Light and Blessings in the incoming new Diamond Light Codes.  Do bot allow any events to pull you down into lower levels of consciousness such as anger, fear and anxiety.

This is indeed the time of the Great Shift of 2017, and you need to remember that you are a Light Warrior and an embodied Master of Light.  It is your work to hold these energies in your Energy Signature, so that the new Light Codes may enter and be grounded, through you, for the benefit of Humanity and the Planet.

The Eclipses of 7th and 21st August

The Lion’s Gate portal closes on the 12th of August.  However, the energy will continue to be intense through the month of August, and will be amplified and augmented by the two Eclipses in Leo.

On the New Moon in Leo on the 7th of August, the day before the Lion’s Gate, there will be a partial Lunar Eclipse in Aquarius (Sun in Leo).  This will create the space for further empowerment of the Goddess energy on the Planet. In February of 2017, there was an annular lunar eclipse in Leo (Sun in Aquarius), that initiated this powerful flow of Diamond Energy to the Earth as part of the Rising of the Goddess/Divine Feminine energy on the Earth.

In this year of 2017, you will become more aware of the rising power of the Divine Feminine, as the Right Brain energies of Creativity and Compassion become more clearly active.  There will be increased opportunity for the emerging Unified Field of Higher Consciousness to be expressed through the Divine Feminine energies.

At this time, the cumulative energies of shift and change will have provided the major impetus for significant change on Earth.  As a Fire Energy, the Leonine energy will burn away and transform everything that is not in alignment with the Diamond Light Codes of the New Reality.

From this point forward, the emphasis will be on new ways of living and perception.  The old ways will continue to be challenged by the rising energies of the New Earth. The power of the emerging field of Unified Consciousness will transform and change, making space for the New Reality on Earth.

© 2012-17 Celia Fenn and Starchild Global
This work is licensed under a Creative Commons License.
Starchild Global http://www.starchildglobal.com - You are free to copy, distribute, display, and perform the work under the following conditions: You must give the author credit, you may not use this for commercial purposes, and you may not alter, transform or build upon this work. For any reuse or distribution, you must make clear to others the license terms of this work. Any of these conditions can be waived if you get permission from the copyright holder. Any other purpose of use must be granted permission by author.
Source Here